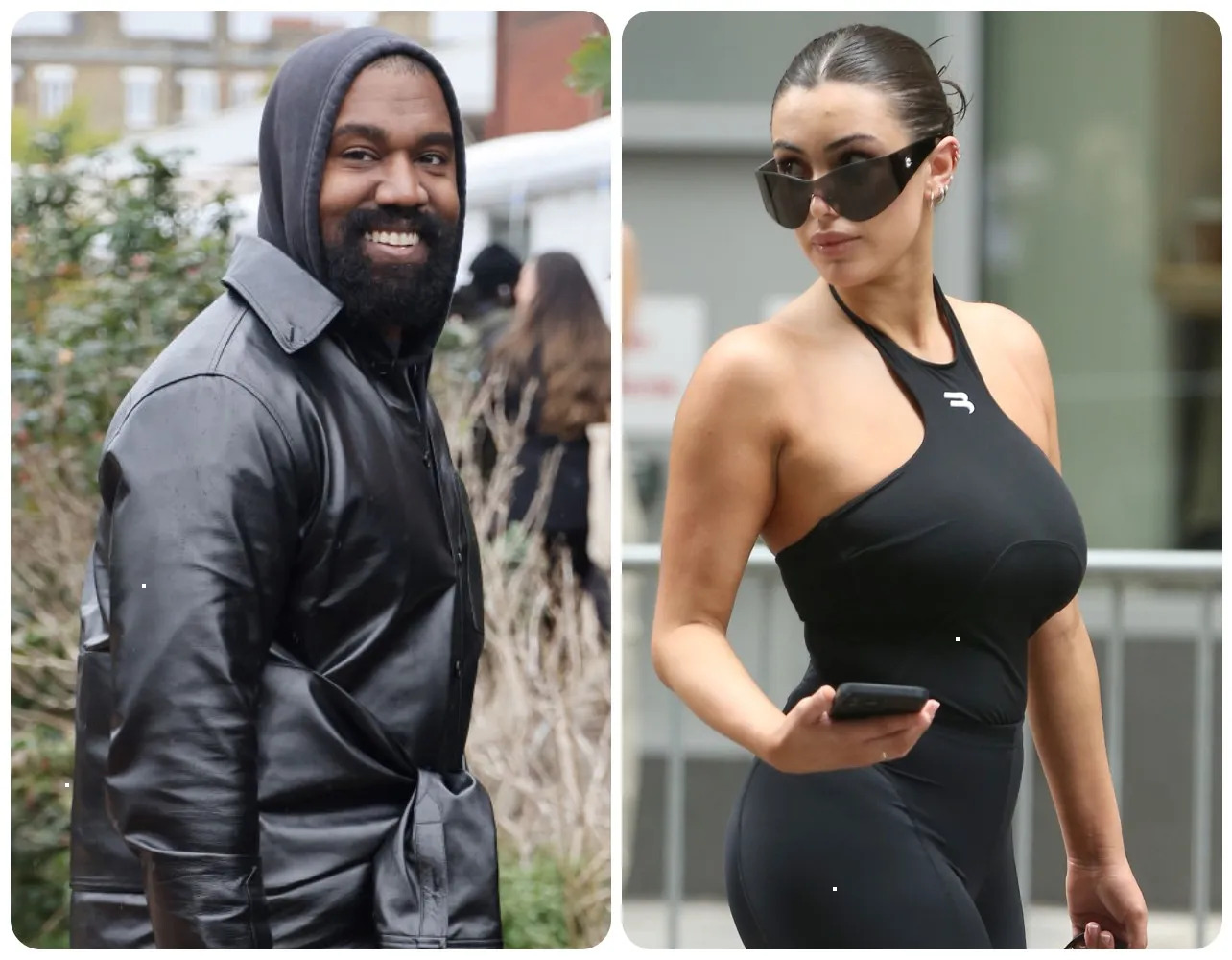 From Julia Foxx to this chick…Kanye surely has a type. But I’ll believe it when I see a marriage certificate.

Here’s an unexpected twist, Kanye West has allegedly tied the knot with Bianca Censori, a Yeezy architect designer, TMZ reports. The two allegedly had a private wedding ceremony but apparently, they haven’t filed an official marriage license. Though it isn’t legally official, paparazzi spotted Ye rocking a wedding band when he showed up at Waldorf Astoria in Beverly Hills. The publication’s sources claim that it’s a symbol of his commitment to Censori.

The publication identified Censori as the mystery woman during Ye’s lunch trips in Beverly Hills. Photographs of the two eating lunch together surfaced on Sunday, and then again, on Thursday.
However, Ye’s dropped clues about their relationship in recent times. Last month, Kanye West released a single titled, “Censori Overload,” where he raps, “And The Bible said, ‘I can’t have any more sex ‘til marriage’.”

Prior to the news, his former business manager, Thomas St. John, has had difficulty tracking down Ye to serve a lawsuit surrounding the Donda roll-out. Immediately, rumors circulated that he was missing. However, obviously Ye was just laying low and… falling in love?

Bianca Censori began working at Yeezy in 2020, according to Cosmopolitan. Yeezy lists her as the head of architecture of the company. The alleged marriage comes two months after he and Kim Kardashian officially finalized their divorce. The two wed in 2014 and welcomed four children: North, Saint, Chicago, and Psalm.

We’ll keep you posted on any more updates following the news of Ye’s supposed marriage. If this is true, how long do you see it lasting?