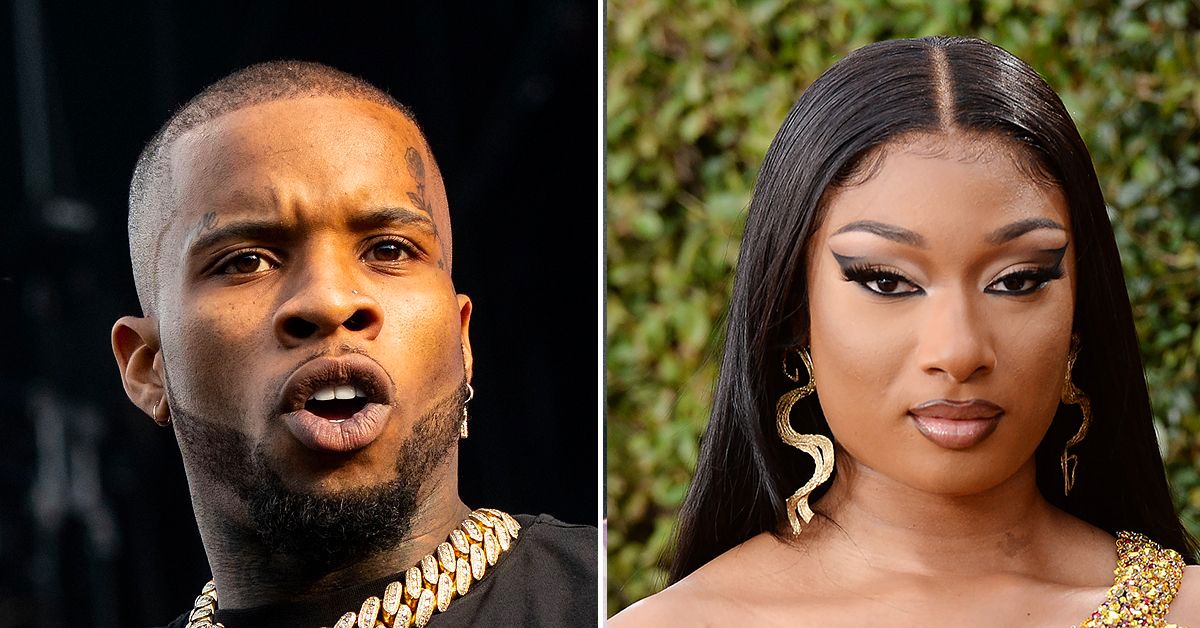 I don’t know who was (or apparently wasn’t) in the pint sized rapper’s corner to make him think running around social media like an invincible narcissist during an active case was a good idea, but he just learned today. Little Tory found himself handcuffed and remanded into police custody.

Tory Lanez has been found guilty of violating the protective order relating to his case with Megan Thee Stallion. The petite rapper was handcuffed and remanded to police custody in a Los Angeles court on Tuesday. His bail has been set at $350,000.

According to Rolling Stone Senior Reporter, Nancy Dillon as well as Hip Hop Enquirer’s Dennis Byron who were both present at the proceedings, Judge David Herriford listened to nearly an hour of back and forth about Lanez’s posts on social media and decided that some “seem to be clear messages” to Megan. This included false reports just a few weeks back where DJ Akademiks reported that Lanez “DNA was not found on the weapon in the Meg Thee Stallion case.” Despite the fact that Tory seemed to celebrate and agree with this “news” when it hit social media, today his lawyer Shawn Holley argued that it wasn’t Tory that provided the information to Akademiks and that the swab on the gun came back “inconclusive.”

“If he had seen this document, he presumably would have got it right,” Holley said in court. On the condition of his release, Lanez must agree “not to mention the complaining witness in this case in any social media.”

On the whole, Lanez is facing charges of felony assault and carrying an unregistered firearm relating to the shooting of Megan Thee Stallion in the summer of 2020. Lanez was officially charged with one count of assault in October of that year.

After the shooting, Megan shared texts from Lanez, which she claims implicate him. On the flip side, Lanez has consistently downplayed the shooting over the last two years, mainly with posts similar to what got him into this protection order violation.

If convicted, Lanez stands to face a maximum sentence of 22 years and eight months in prison. A trial date has been set for September 14. We’ll keep you posted as this continues to play out. Are you surprised to see Tory held accountable by the court for his taunting Megan via social media?

Tory Lanez was handcuffed in court and remanded to custody until he posts new bail of $350,000 in Megan Thee Stallion felony assault case. Judge found him in violation of discovery protective order and personal contact order.

Judge David Herriford heard nearly an hour of argument about Lanez's tweets and said some "seem to be clear messages" to Megan. He added new condition to Lanez's release that he's "not to mention the complaining witness in this case in any social media." Trial date set for 9/14.

“The DA requested no bail, or in the alternative, $5 million bail, and the court rejected those arguments and increased bail to $350,000. And that bail is being posted now,” Lanez's lawyer Shawn Holley tells Rolling Stone.

Holley confirmed the swab on the gun came back "inconclusive" with 4 contributors while the magazine swab "excluded" Lanez.

"If he had seen this document, he presumably would have got it right," Holley said in court.

Lanez's lawyer, Shawn Holley, argued that Lanez did not provide DJ Akademiks with any discovery in the case before Akademiks tweeted that "Tory Lanez DNA was not found on the weapon in the Meg Thee Stallion case.”