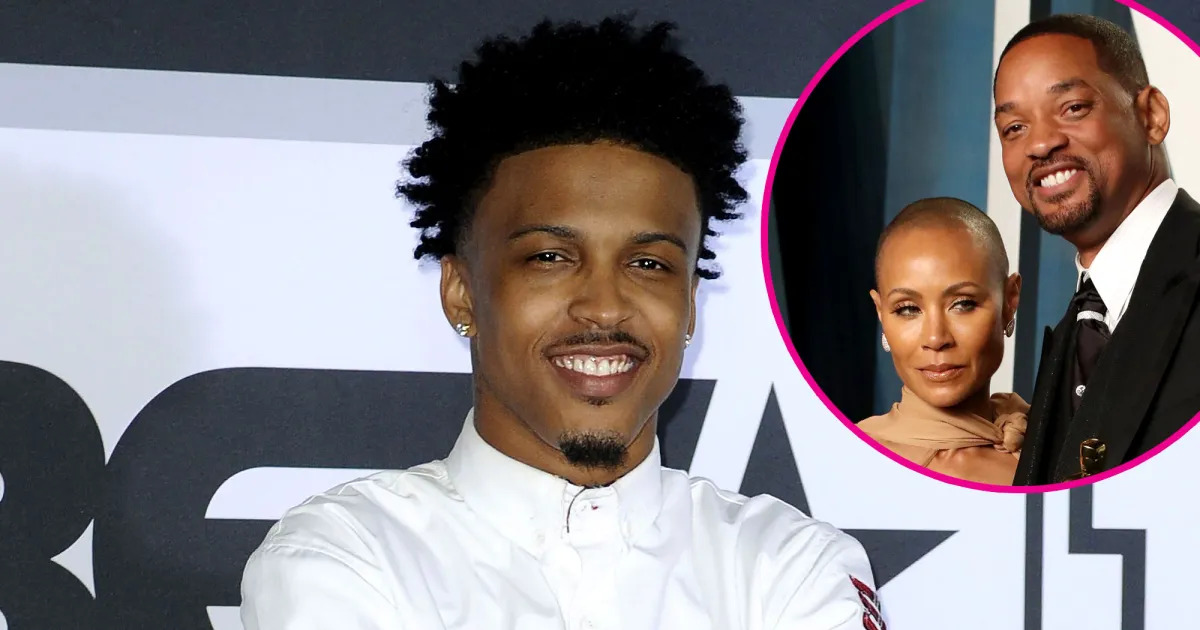 August is clearly looking to capitalize on all the headlines that the Smith family has been lately, but he may want to keep it cute before the Fresh Prince’s hand starts itching again.

For no foreseeable reason other than what has to be attention, August Alsina is once again alluding to his little “entanglement” with Jada Pinkett Smith. In the wake of Will Smith’s now infamous slap at the Oscars, the R&B singer has dropped his new song “Shake the World” on which I’m assuming he attempted to do just that by addressing his much-talked-about relationship with the “Red Table Talk” host, again.

“I heard I was canceled / Well, let’s speak on that,” sings Alsina. “Red dot on my back / I became a target / And I’m flawed but flawless / That’s what makes me August.”

This of course isn’t the first time Alsina has spoken about the situation (or made a song about it). Back in July 2020, the “Entanglements” singer claimed he had an affair with the Set It Off actress.

“I totally gave myself to that relationship for years of my life, and I truly and really, really deeply love and have a ton of love for her,” August told Angela Yee. “I devoted myself to it, I gave my full self to it-so much so to the point that I can die right now and be OK with knowing that I truly gave myself to somebody.”

Jada confirmed their “entanglement,” which occurred while she and her husband were temporarily separated. “I was in a lot of pain and I was very broken,” she said on her “Red Table Talk.” “I just wanted to feel good. It had been so long since I felt good.”

In the days following the Academy Awards, Alsina told his fans to “choose peace” along with other positive affirmations.

August ends “Shake the World” with a cryptic message: “I put a spell on you and you and you and all your ancestors too.” Take a listen below and let us know what you think? Is it an interesting listen or is August just trying to get some clout off of “slap-gate.”

August Alsina addresses being “cancelled” in a new song titled “Shake the World.”

“Well of course some sh*t was bound to go down when you’re tangled up with the world’s favorite.” pic.twitter.com/2JL9gWlvbx