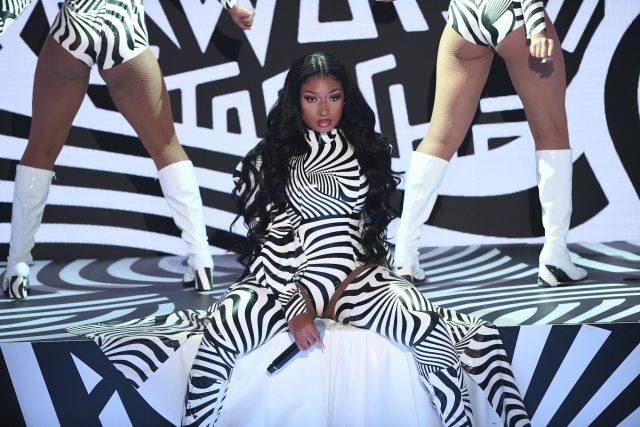 Megan Thee Stallion used her time on primetime television to make an important statement and we love to see it..

Megan Thee Stallion’s first appearance on Saturday Night Live exceeded all expectations. She definitely rose to the occasion, lending her personality to a couple of skits but it was her performance on the show that has everybody talking.

She introduced an energetic performance of her single “Savage” with soundbites from Malcolm X and activist Tamika D. Mallory, the giant screens behind her flashing the words that were being said. “The most disrespected, unprotected person in America is the Black woman,” Malcolm X’s voice rang out. “Who taught you to hate the texture of your hair, the colour of your skin, the shape of your nose?”

Her next message was directed at Kentucky attorney general Daniel Cameron, who has become known nationwide for his controversial handling of the Breonna Taylor case.

“Daniel Cameron is no different than the sellout negroes that sold our people into slavery,” Mallory’s voice declared as Megan and her backup dancers stared ahead sternly to applause from the audience.

Fresh off landing the cover to the Time 100, it looks like Megan is moving forward with purpose and focus despite the background chatter about her personal life and we love to see it. Take a look at the performance below. What are your thoughts on Megan’s first appearance on Saturday Night Live? Did she nail it?