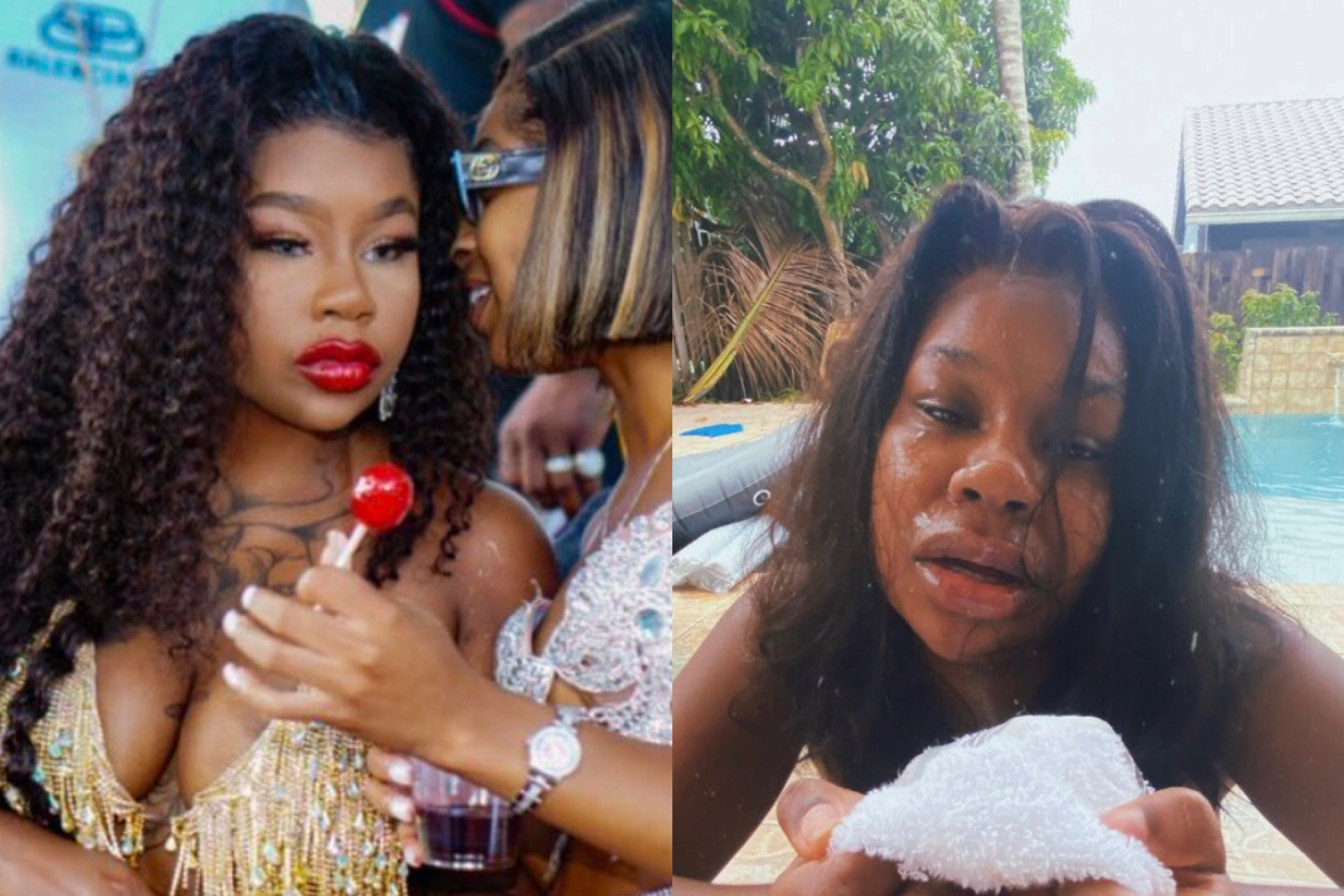 Suki said there’s no shame in her game, her head game to be exact.

If you’ve been following rapper and ‘Love & Hip Hop: Miami’ breakout star Sukihana for a while then you should be well aware of what you’re getting in to with the “Suki with the good coochie” package. She can funny, she can be loud, she can real, and she can even get nasty, but at all times Suki is unapologetically herself. Fans got a glimpse of that statement within the last 48 hours alone when the “You’s a Hoe” rapper shocked her followers with a few posts promoting her latest video on OnlyFans.

Suki has joined a slew of celebrities making an OnlyFans account, and she sure knows how to promote her page on other social media sites. She saw her trend heavily on Twitter on Friday night after sharing on the micro-blogging site explicit footage of her giving her fiance, Kill Bill, a blow job.

In one post, she attached two pictures of herself naked while hanging out by the pool, using just a towel to hide her private parts as she let her boobs and nipples be full on display.. Meanwhile, the other photo showed her wrapping her man’s penis with the said towel as she stared at the camera, complete with vomit also in the photo which she pointed out in the caption “I worked so hard for this Nut, a lil Throw up did not stop me Subscribe to my onlyfans to watch the 14 minute video.”

Many people were baffled and clearly not having it after seeing the posts. Some did not even hold back in expressing their disgusts by posting all kinds of reaction photos underneath the footage and accusing Suki of not having self respect. One was convinced that sexual abuse must be the reason why Suki dared to post such a thing as s/he said, “Suki has definitely suffered sexual abuse at some point in the life cause….I just don’t understand.”

Never one to let the haters get the last word, Suki took to her Instagram with a lengthy video message pretty much explaining that she does what she has to do not only for her man, but also her bills as she questioned women who are promiscuous “for free” as she put it. “Where was the morals when you out there f*cking multiple n*ggas for free? Cuz I thought that was not having self respect” she started. Take a look at all the receipts below. One thing about it, you’ve got to respect Suki for being who she is and completely owning it. Thoughts?

I worked so hard for this Nut💦 a lil Throw up did not stop me
Subscribe to my onlyfans to watch the 14 minute video https://t.co/G990clqHZh pic.twitter.com/hKlht20hTg

I can teach you how to make him buy you commercial property GO SUBSCRIBE https://t.co/G990clqHZh pic.twitter.com/ntlC4PppxD

Welp my bills are paid in full for the next year. Thank you little dangly thang in the back of my throat💀💦

Me walking by like I ain’t all over the internet sucking dick pic.twitter.com/j2ScxKCPZi

i PERSONALLY saw nothing wrong with the suki video pic.twitter.com/teS435zIYh

suki sucking dick with throw up on her chin lace lifting and sweat dripping from her temple i cant pic.twitter.com/FH3KN2MIYB

Blocking suki rn to protect my #peace cus lord knows what she gonna do next pic.twitter.com/VWHmNzE9kx