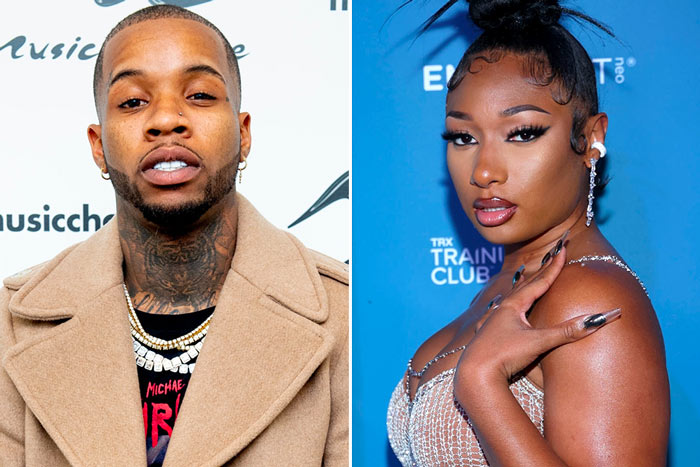 Where Tory Lanez lacks in height he obviously doesn’t make up for in brains as the pint sized little fella may have violated an order to stay 100 yards away from Megan Thee Stallion by appearing at Rolling Loud this weekend, where she was also performing.

By appearing at Rolling Loud Miami during DaBaby’s highly controversial set, Tory Lanez may have violated his order to stay away from Megan Thee Stallion. According to TMZ, the Miami Police Department was contacted about a possible violation on the part of Tory Lanez after he showed up at Rolling Loud just an hour after Megan’s performance at the festival.

The publication notes that Megan’s team is upset that DaBaby performed one of their collaborations together during the same set that he brought out the pint sized rapper. Sources close to Megan allegedly claim that this felt like a giant “f you” to the rapper, mocking her and even potentially menacing her. The L.A. County D.A.’s office was also informed of the possible violation after Tory was ordered to stay over 100 yards away from Megan after being accused of shooting her in the foot last summer. Megan was reportedly still backstage at the time that Tory took the stage, so there may be some weight to this.

A source close to Tory reportedly added that the rapper never saw or interacted with Megan at the festival.

We will keep you posted as more information is revealed. Tory also took to his Twitter account to obviously let off some steam after this news began to circulate. Take a look at what he had to say below. Do you think Tory’s alleged violation should be valid?

When did rap get so politically correct that u can’t speak your mind and have an opinion …. why the fuck was rap started ?… for us to speak our mind …. rappers will not always be right, and u don’t have to agree . But they have a right to speak their mind .

Since when have u had ACTUAL evidence that I did that ??? I’ll wait .. https://t.co/dcqAXD7Hke