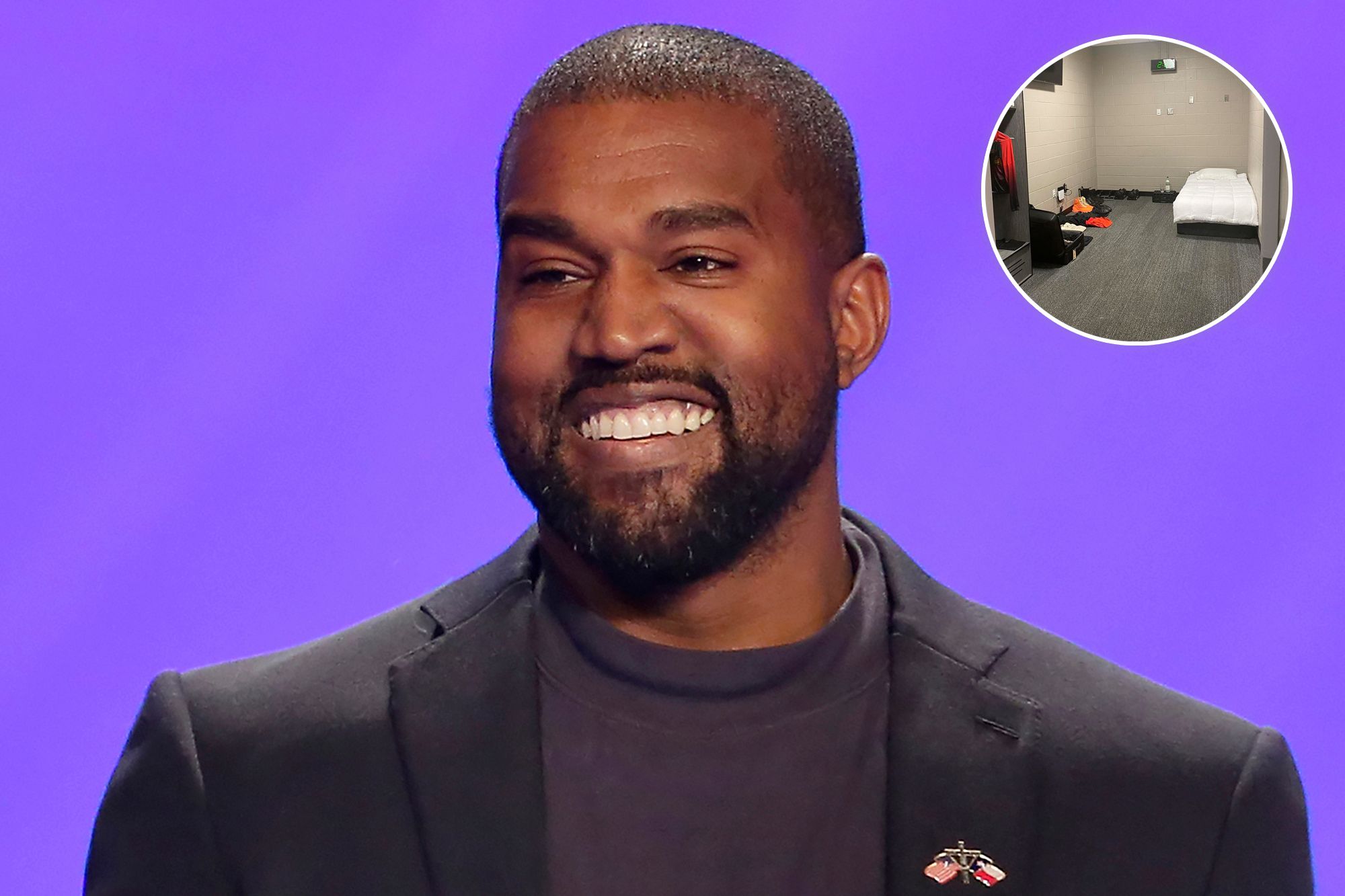 Kanye may not be delivering ‘DONDA’ on time, but he is clearly all about the music right now as he’s sleeping in a converted locker room as he finishes up the album.

Kanye West is known for his love of minimalist design but he took that to the next level with his living quarters at Mercedes-Benz Stadium in Atlanta, Georgia. The music legend is presently living inside of the stadium as he completes his tenth studio album DONDA and on Tuesday night, he showed off his personal room, which appears to have been temporarily converted from a storage room.

The very modest room features a twin bed, a place for him to hang two outfits, a handful of footwear options, a clock, and that’s it. After pushing back his album release by a couple of weeks, Kanye has been working hard on the album, taking periodic breaks to enjoy other events happening at Mercedes-Benz Stadium. Last week, he was spotted watching a soccer game in the same outfit he wore during his DONDA premiere.

Given how humble Kanye’s living quarters are, his fans have had a lot to say about his set-up, predicting that the album could feature a refreshed ‘Ye, rapping from his soul and checking all material possessions at the door. Some people have also taken the opportunity to clown Yeezy for such a minimalist set-up, but if he doesn’t need anything more than this, what’s the point of going so crazy for a temporary housing situation? In two weeks, he’ll be out of there anyway.

Take a look at all the reactions to Kanye’s room at the Mercedes-Benz Stadium below and let us know what you think.

Nigga got 2 outfits and he sleeping on a twin bed 😭 https://t.co/1CJIL0ibMx

this nigga Kanye making one of the most anticipated albums of all time in a college dorm https://t.co/hodp4UInIv