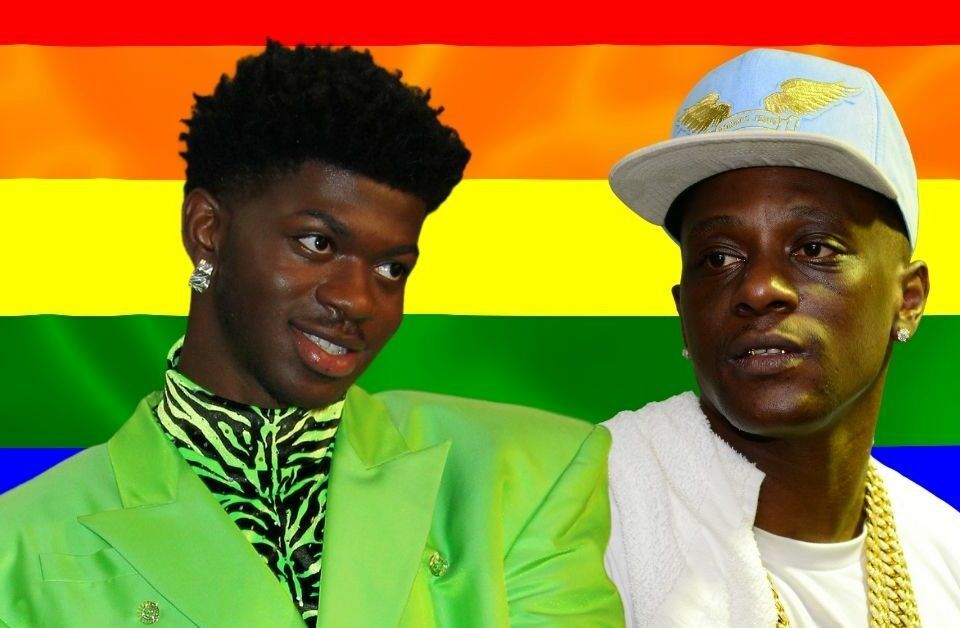 Lil Bussy, I mean Boosie, talks more about d*ck and the being gay than myself or any other homosexual that I’ve met in my entire life.

You’d think that after most recently facing backlash over transphobic comments concerning Dwyane Wade’s daughter Zaya, Boosie Badazz would likely try and stay out of any business that doesn’t pertain to him. Unfortunately, that’s not the case, Boosie never misses and opportunity to relive his jail fantasies and discuss the LGBTQ community. So today, like clockwork, he chimed in on the recent controversy surrounding DaBaby.

People like T.I. have ignorantly expressed their support for DaBaby once again raising the curtain on the large amount of homophobia that still exists in the world, while others, like Dua Lipa, have condemned the rapper’s comments at Rolling Loud. Bussy Badazz took to Instagram Live where he shared his unwarranted thoughts defending DaBaby. “Everybody ain’t with their nephew sucking d*ck. Not everybody with that shit. You just can’t put that shit on everybody and expect it to be cool,” he explained before dragging Lil Nas X in it– who wasn’t even at Rolling Loud — to use as an example.

While DaBaby still is at the center of controversy surrounding comments he actually said, Boosie Badazz was still stuck on hypothetical situations. “If I’m at an awards and he go up there naked, I’m gonna drag his ass off stage and beat his ass,” he continued. “You let a n***a dance naked in front your children, you a mothafuckin’ crazy mothafucka. Or you like dick, too.”

Boosie, we may like d*ck, but you clearly love it because the topic is on your lips so much that I wholeheartedly believe it’s impossible a physical dong isn’t. Men who consistently speak negatively about the gay community are generally fighting their own repressed thoughts. Think about it, how often do you see gays speaking down on straight sex? Or constantly bringing up what women do with their vaginas? Another interesting thing to pay attention to here is do you notice how it’s only gay men that these guys target but they big up the idea of lesbians in their music? Hell, Boosie dedicated a whole song to the subject. What gets you so hot and bothered about men?

Check out Boosie’s rant and let us know what you think of this mess?