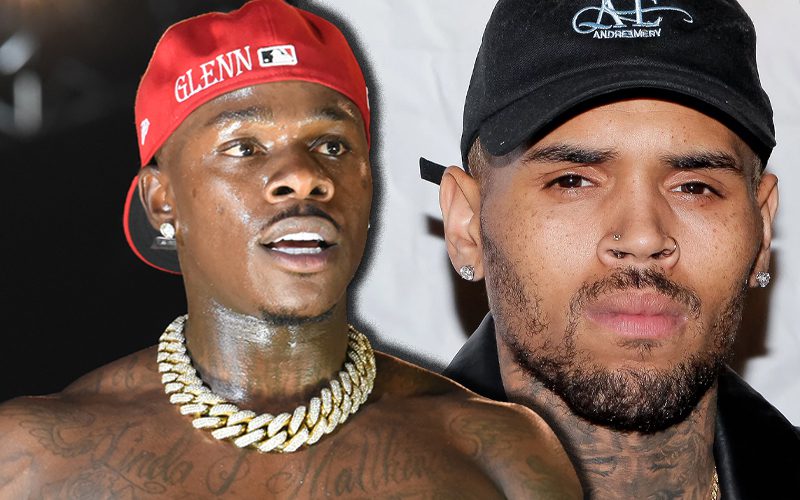 As disturbing as it is to see people really trying to act like an unwarranted public display of hate is simply “an opinion,” it’s good to see some celeb men coming forward with good and common sense to reflect on how foolish that is when ultimately… everyone was just coming to see the concert.

This weekend, DaBaby set off his latest controversy by spewing homophobic hate at the Rolling Loud festival, shaming his gay fans, and spreading harmful misinformation about AIDS and HIV. His comments have sparked rebuttals from Dua Lipa, Elton John, Amber Rose, Ts Madison, and plenty of others who were offended by his words. DaBaby keeps digging a deeper hole for himself to crawl out of though, “apologizing” and only making things worse by insinuating that his gay fans aren’t the “nasty” ones with STDs.

Rappers including T.I., Tory Lanez, Boosie Badazz, and more have gotten involved, sharing their own takes on DaBaby’s controversy. It looks like Chris Brown is also responding to the conversation, offering his view on how entertainers should act on stage.

Surprisingly, people are agreeing with CB’s take on the matter, for once. As the statement has been getting picked up by different hip-hop blogs on social media, commenters are co-signing his general sentiment and saying that he’s right in this instance. As Elton John said, there is absolutely no place for homophobia and misinformation about AIDS in music — nobody is paying for tickets to a concert to hear DaBaby spew homophobic rhetoric. They’re paying to hear his music. Chris Brown seemingly agrees that there is no place for that in entertainment.

dababy got me actually agreeing with Chris Brown out of all people⁉️ pic.twitter.com/6juK1tkkri

Do you know how horrible of a person you have to be for Chris Brown to be the voice of reason 💀 https://t.co/sFGErcIRuI