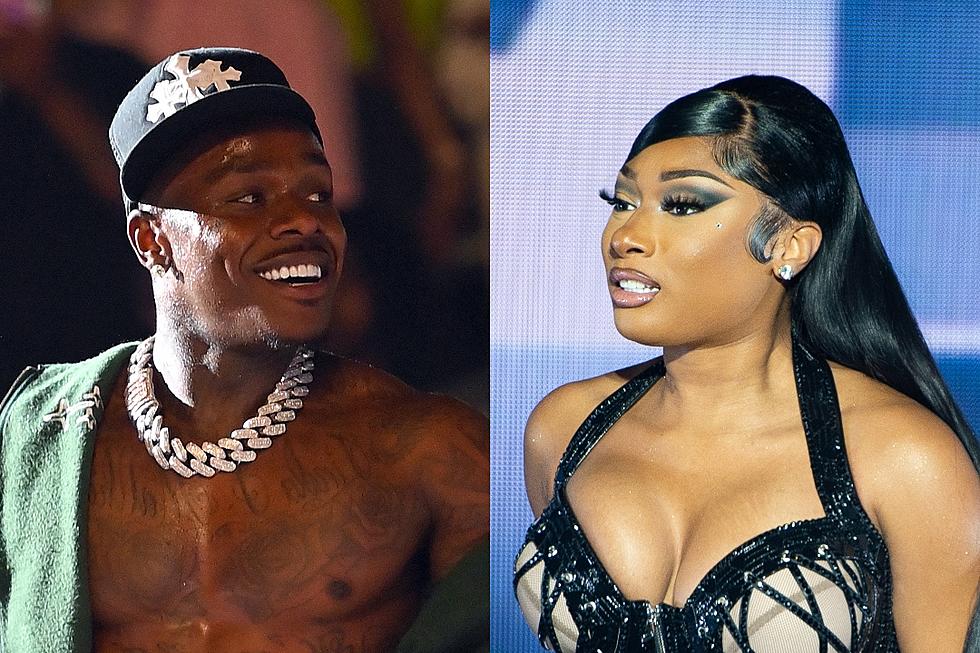 I truly hope if what these dwarfs allege has any truth to it, that Megan has learned a lesson about these tiny men with big egos…because what are we supposed to do with this information?

Y’all know that meme that’s going around where it’s like “think of the messiest b*tch that you know… it’s a man, ain’t it?” DaBaby is here to prove that to be correct. DaBaby has been low-key most of the year but he’s back with a brand new album and decided to promote it by being messy, utilizing alleged details of his relationship with Megan Thee Stallion. There was once a time when the Houston Hottie and the North Carolina native called themselves each others’ industry husband and wife. But things took a turn last year after Megan’s enemy and alleged shooter, Tory Lanez released his song “SKAT” featuring DaBaby, leading Megan to believe that her “Cash Sh*t” collaborator had chosen sides.

Adding fuel to the fire, DaBaby unfollowed Thee Stallion on social media, subtly confirming that both their work relationship and personal friendship had come to an end. On Friday (September 23), he reignited his feud with the Grammy Award winning rapper on his latest track “Boogeyman” from his new album Baby On Baby 2, suggesting that he’d slept with her multiple times prior to her beef with Tory.

“You play with me that sh*t was childish/The day before she said that Tory Lanez shot her, I was f**kin on Megan Thee Stallion,” he rapped. But the controversial rapper didn’t stop there. He continued: “Waited to say that sh*t on my next album/Hit it the day before too/But I kept it player, I ain’t say nothing ’bout it.”

DaBaby even went as far as to seemingly mention Megan’s boyfriend, Pardison Fontaine on the song, adding: “Had her pretty boy, boyfriend tweeting me, ready to die ’bout the b*tch like a coward/I told you ni**as don’t play, now you gone have to handle me/I poked the mutha**kin bear, I’m a animal.” The candid track comes on the heels of Tory Lanez’ trial date for his felony assault charge against Megan being postponed.

Megan has not replied to this just and it’s honestly up in the air if she will as it’s clear that DaBaby is looking to get some streams off of her name and drama right now. Take a listen to the song for yourself along with some reactions below and let us know what you think. Do you believe it?

DaBaby says he slept with Megan Thee Stallion multiple times even the day before she was shot‼️😳 pic.twitter.com/dgsPmGPHrc

So DaBaby says he fucked Megan y’all believe it, with absolutely no prove

But Megan says a man who literally has a violent history (from beating up Dax over a rap challenge that Tory started to punching August for not shaking his hand) shot her y’all saying she lying.

DaBaby had the biggest fall off since Fetty Wap. The fact that he’s using Megan to make some noise is crazy pic.twitter.com/iMROjahmm8

Megan thee Stallion was NOT wrong when she said in NDA “when they shit ain’t poppin, they using Megan for marketing.” And that’s exactly what DaBaby just did 🤣🤣 wouldn’t of even heard the song or anything about the song if he didn’t say something about her.

DaBaby saying all that about Megan Thee Stallion really just proves he’s still very desperate for attention and never valued her friendship in the first place. Can’t wait for her to rip into his lil tiny ass.