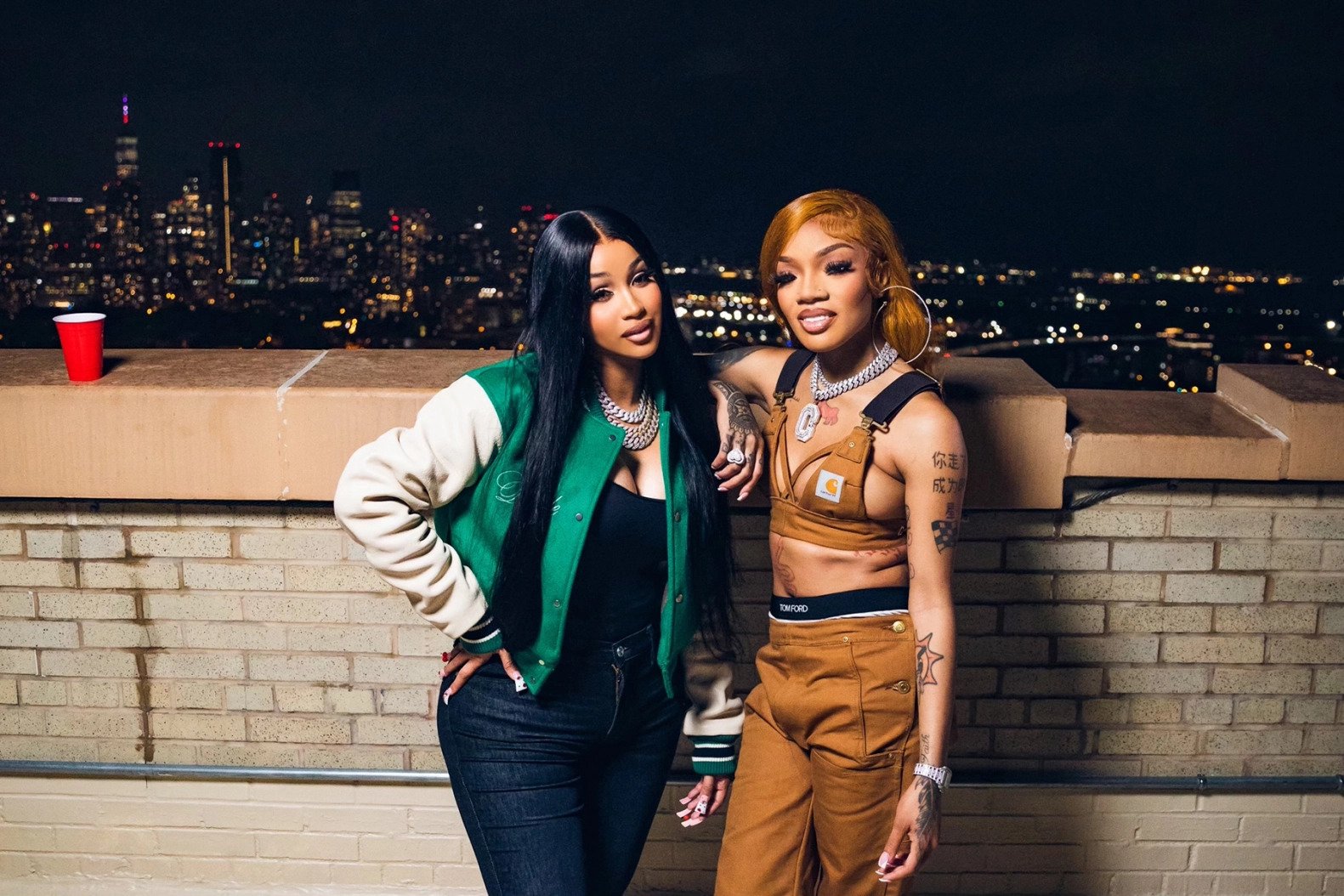 You know what, it’s definitely fall now but we might have to go ahead and extend the summer for a bit because the HEAT Glo and Bardi just brought is about to have us OUTSIDE.

Cardi B has been open about her support for GloRilla since the Memphis rapper hit the scene over the summer with her smash hit “F.N.F. (Let’s Go),” giving the song props has song of the summer. Now, the two hip hop leading ladies have joined forces for “Tomorrow 2,” the follow-up track to GloRilla’s song, “Tomorrow.”

A few hints were dropped over the last week or so that the collab was coming when Bardi showcased herself listening and singing along to the original track quite a few times and Glo shared and showed love to each one. Not everyone caught on, but on Wednesday (9/21) when it was officially announced, fans couldn’t wait to hear what the two cooked up together and they certainly weren’t disappointed.

“Tomorrow 2” continues over Glo’s confident original verses, where she raps about her status and standards from friends to these men combining unbothered rhymes with optimism: “Everyday the sun won’t shine, but that’s why I love tomorrow.” It’s a track that’s so real, you can’t help but to bop and relate. For her verse, Cardi shifts things back to a sound reminiscent of her mixtape days (Gangsta B*tch Vol’s 1 & 2) while somehow still managing to showcase obvious growth with new flavor delivering hard hitting lines that’s sure to find themselves in every girls instagram caption for the coming months.

What makes “Tomorrow 2” special is not only is the song itself good and receiving rave reviews from social media, it’s a moment for women in hip hop and especially Glorilla as a newcomer. It’s dope to see the genuine chemistry, support, and admiration that she and Cardi effortlessly stepped into and it’s apparent all over the track that they put together, making this one easily a winner that we’re sure is about to fly up the charts.

Take a look at the video for yourself below and let us know your thoughts. ISSA BOP OR ISSA FLOP?