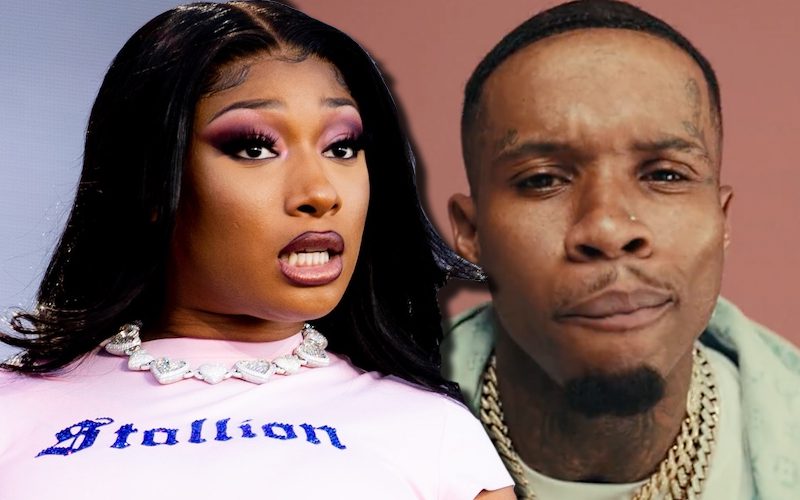 I think one important factor that many are either forgetting or weren’t aware of in this case is that it was never Megan pressing charges against Tory.. it’s the state of California and following the chaos that ensued online this week, the D.A.’s office says it has evidence that “substantially supports the charges” against the bite-sized little firecracker.

The internet was a sh*t show this week (February 23) after Megan Thee Stallion, Tory Lanez, and DJ Akademiks engaged in a war of words. The 2020 shooting incident reared its ugly head after Akademiks reported that it was stated in court that Lanez’s DNA wasn’t found on the weapon used to shoot Megan, and the Houston rapper clapped back. She, along with reporters from the New York Post and Rolling Stone, stated that that wasn’t true and DNA evidence wasn’t introduced during the hearing.

Insults were exchanged and Alex Spiro, Megan’s attorney, even came forward to refute the false news report. Lanez, however, tweeted that Akademiks wasn’t lying, and the whole conflict has caused the Los Angeles D.A.’s Office to enter the chat with a statement of its own. The folks over at HipHopDX reported that they obtained a statement from the D.A. saying that prosecutors are adamant that they have an ample amount of evidence to support the assault charge against the petite rapper.

“Although we are legally prohibited from commenting on the evidence and will continue to abide by that obligation, our office is under an ethical duty to only proceed on charges which we believe can be proven beyond a reasonable doubt and which have already been upheld by a judge after presentation of evidence at the preliminary hearing,” the statement read. “We believe the evidence substantially supports the charges and allegations and that evidence will be borne out in court.”

In recent weeks, Lanez has taken to social media to share several posts about having a celebratory moment on the horizon. Many have speculated that this is about his case and the singer’s fans have stood by his side, somehow assured that he will be vindicated simply because he said so. However, others await the news of the trial before choosing sides.

What do you guys think of all of this? Is Tory making things worse for himself by insisting on speaking online? Where do you see this whole thing going?