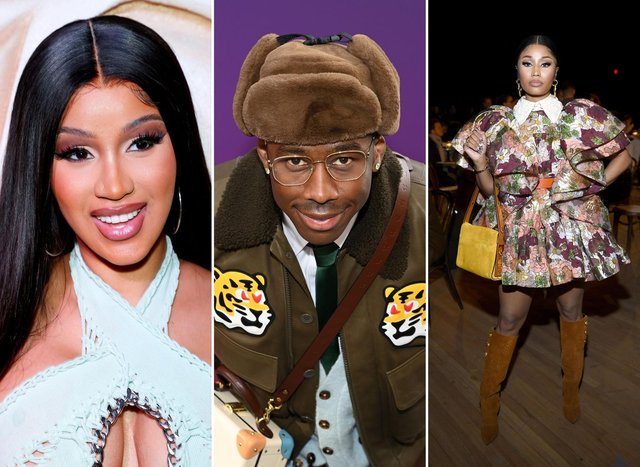 Big Cardi B and today the B stands for BOOKED! Bardi is set to headline the anticipated Wireless Festival alongside more of the biggest names in hip hop and r&b.

The UK’s Wireless Festival announced the headliners for its 2022 lineup on Friday morning (February 25), boasting some of the biggest names in Hip Hop and R&B. Cardi B, J. Cole, Megan Thee Stallion, Tyler The Creator, A$AP Rocky, SZA and Nicki Minaj are headlining the festival between July 1 and July 10, with Cardi currently being the only act confirmed for fans to enjoy on two separate nights. Previous years have seen the festival take place in one location, but this year, it will be spread across three different spots: London’s Finsbury Park and Crystal Palace Park, as well as Birmingham’s NEC.

2022 names announced! 🔥 More names dropping on Monday at 8am!

Like, share and tag three mates for a chance to win £500 bar tab, a VIP upgrade, side of stage for one artist and a backstage tour to a Wireless day of your choice 🔥 JHEEEEZE pic.twitter.com/GaHXZR8Klg

During Future’s set, Drake came out as a surprise guest in his first performance since the release of his Certified Lover Boy album, where he performed “Jumpman,” “Life Is Good,” “Way 2 Sexy,” “Laugh Now Cry Later,” “What’s Next” and “Nonstop.”

“I don’t even remember what this shit feels like,” Drizzy said on stage. “I just want to tale in all the beautiful people. We love you so much. We missed you so much. We wrote a lot of songs that we played in our studio that we never got to do in front of y’all, so I was hoping I could do some of those songs I never got to play for you tonight.”

It’ll be many of the mentioned artists return to a festival stage post “pandemonium” as well so it’s surely set to be an event to remember. Who are you looking forward to seeing hit the stage?