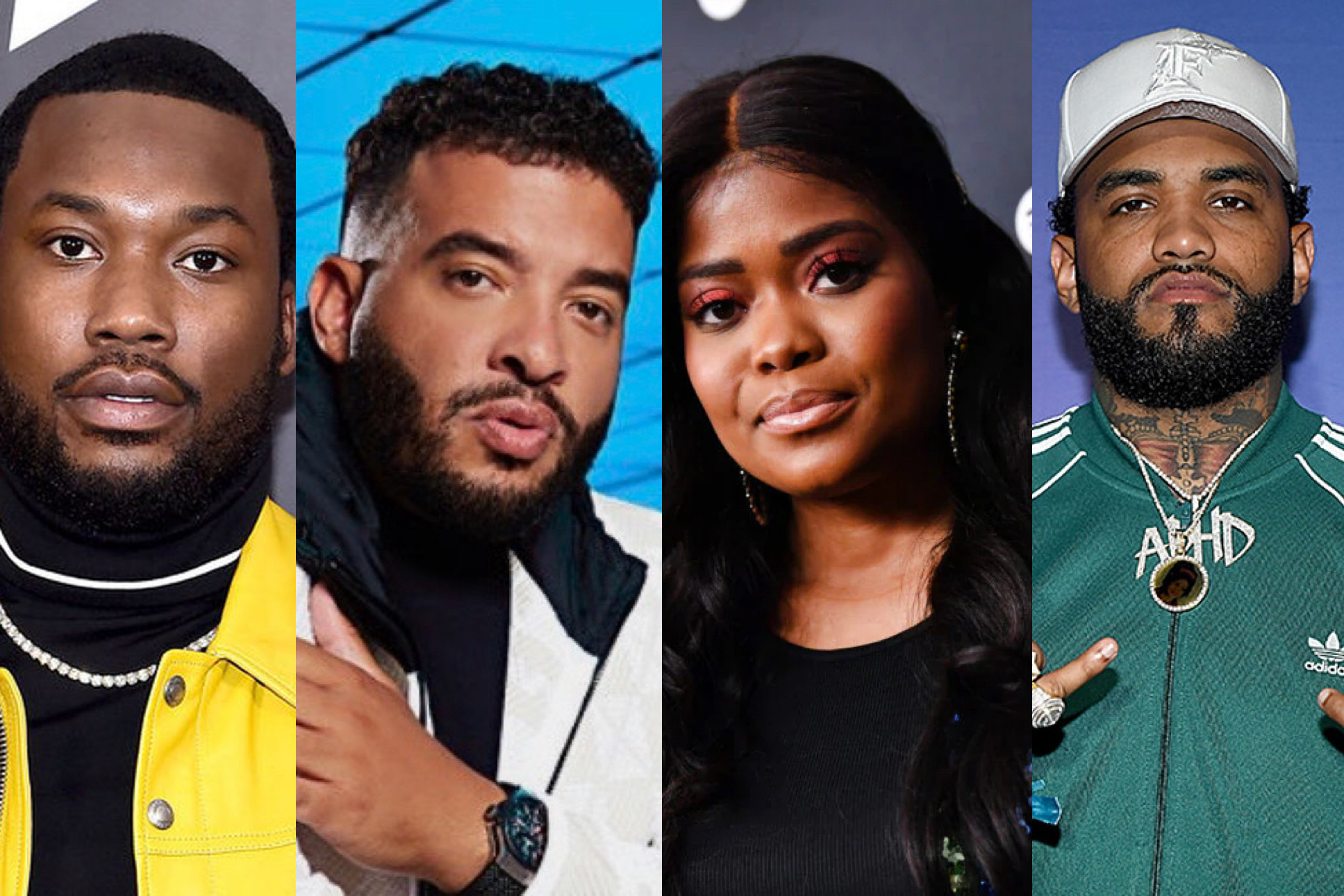 As if we didn’t already have to side eye folks with the name It has been about 48-72 hours of deflection, debate, drama, and all types of skeletons tumbling out of the closet. Let’s just say it was not a good weekend to be Karen Civil.

It’s been a long weekend for Karen Civil who has faced multiple accusations of theft. It began Saturday morning when Joyner Lucas issued several tweets detailing his experiences working with Civil. He accused her of stealing $60K after he asked her to help her with a marketing campaign before allegedly ghosting him. It’s a similar story to one that Cam’ron shared a few years ago when he claimed Civil was not only a liar but a thief, as well.

Civil tried to clear the air as she went on Clubhouse and hosted a session in which she was confronted by Joyner who went off on the marketing strategist. Civil told Joyner that the process for public relations is a long and arduous one, and that is why Lucas didn’t see results come back right away. In the end, Joyner rejected this notion and claimed that he was scammed.

joyner lucas on clubhouse airing out karen civil and im loving it🤣💯 pic.twitter.com/FsI9YTaAyJ

So Jason Lee gets on Karen Civil's clubhouse show & calls her out for hiring a hacker to hack his website. She then admits it. Same session that @JoynerLucas got on to call her out. She comes off very very shady. #KarenCivil #JasonLee #JoynerLucas pic.twitter.com/VunP28TgnX

The prosecution when they get ahold of this Clubhouse audio of Karen Civil admitting to what she’s done pic.twitter.com/40O0FsSGxi

Perhaps the most damning thing to happen during the Clubhouse session is when Civil actually admitted to hiring a hacker to take down Jason Lee’s Hollywood Unlocked Instagram page. Lee says the page was hacked due to stories that Civil wanted to have taken down. Civil says she did, indeed, pay the hacker although she is very sorry for having done so. Though she later backtracked saying that she “didn’t actually go through with it” on a later Clubhouse, presumably in attempt to clean things up after she realized the crime she had just admitted to.

Meek Mill also took to Twitter where he claimed Civil had betrayed him and spread negative news to the blogs in what he was was “on some conspiracy shit.” “Karen was my friend and turned on me for opportunity …. start having the blogs posting negative about me on some conspiracy shit,” the rapper wrote. Fortunately for her, Meek doesn’t necessarily hold harsh feelings against her but said he hopes that she would at least own up to her actions. “I forgive her but I definitely don’t wanna deal with y’all industry people that move like that! You should admit what you did to me too,” he continued.

If Meek’s story sounds familiar that’s because it pretty much falls in line with his past accusations accusing Karen controlling narratives with blogs in effort to assist Nicki Minaj, somethin Remy Ma also claimed around that time. The reactions to the Clubhouse were quite entertaining as many took to Twitter with their thoughts on the situation. While some are taking Civil’s side, there are plenty of fans who believe she has done some messed-up things that need to be held to account. You can see those reactions, below. I try to tell you guys everybody ain’t saved like they say there are. The amount of smoke and mirrors from people who will be doing who brunches, classes, and everything else having folks think they’re going to teach them something, is absolutely ridiculous.

That Karen Civil Clubhouse convo only exposes how cutthroat and predatorial the music business really is. pic.twitter.com/32BmlOTzyV

Chyle, they don't want me to be a guest in that Clubhouse room. Because listen, listen.

But someone tell Karen Civil to stop taking content from journalists acting like she's at places she's not and flexing like it's all from her. https://t.co/aycD2NN48a

Moral of tonight’s clubhouse story: If you still choose to work with #KarenCivil after all of this NO ONE will feel bad for you! pic.twitter.com/15dHw5FTTB

Karen Civil admitted on Clubhouse that she hired a hacker to take down Jason Lee’s site.
Now He Want Justice #KarenCivil #JasonLee pic.twitter.com/Z2xILwJBnO

Karen was my friend and turned on me for opportunity …. start having the blogs posting negative about me on some conspiracy shit lol I forgive her but I definitely don’t wanna deal with y’all industry people that move like that! You should admit what you did to me too! @

People thought I was high just ranting …. I’m not mad at her she’s a woman I’m over it… I’ll appreciate if she said something about that tho! We were real friends… I used to give her a lot of exclusive records for her website! https://t.co/qmqwXJgjM4