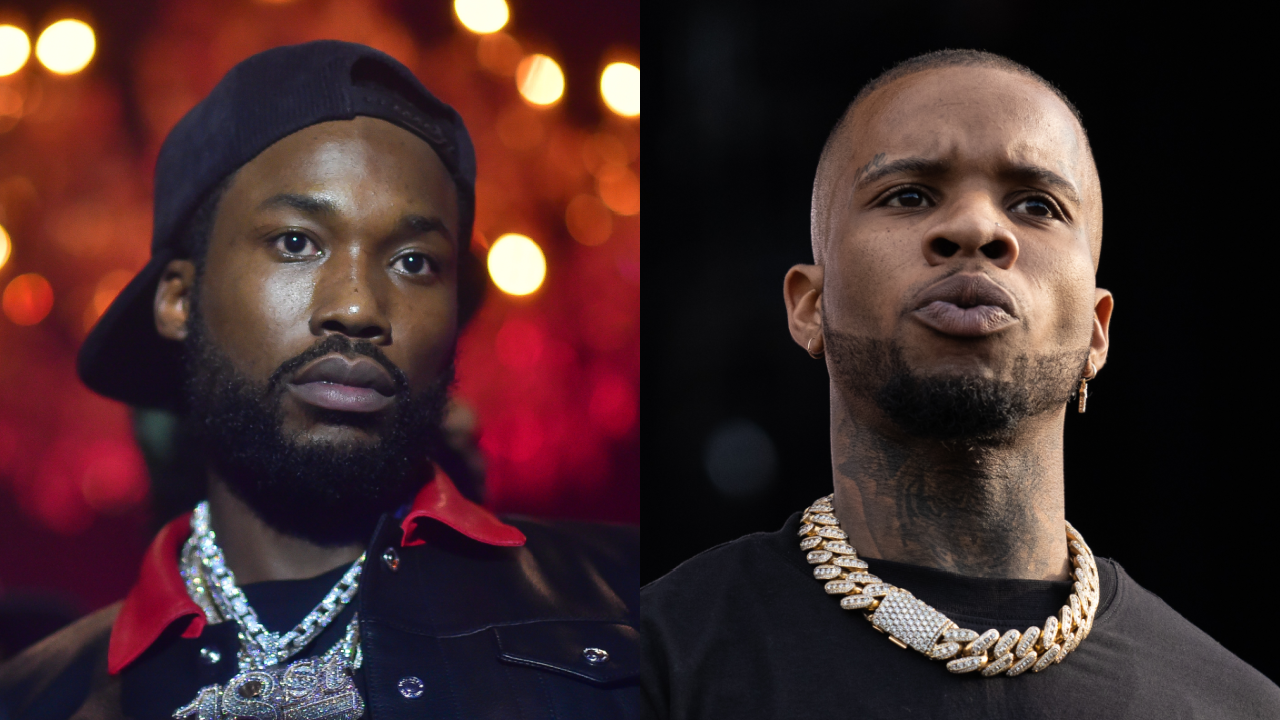 Tory Lanez can’t be the smartest leprechaun under the troll bridge. With the allegations and charges against you, why do you want to be the one to correct someone on how a firearm is spelled?

It should have been a celebratory moment in Meek Mill’s comments after the Philadelphia rapper announced that he had accepted the Nelson Mandela Humanitarian Award, becoming the first rapper to earn the prize. However, after he made a typo in his caption and referred to a Smith & Wesson firearm as a “Smith & Western,” petite rapper Tory Lanez aka Yomsimite Sam, connessiour of fire arms, felt like correcting him on his grammar, which backfired.

“It’s called ‘meek flow,'” responded Meek, seemingly upset about Tory using a similar flow to his on his latest freestyle. Meek isn’t the only person to have taken note of the similarities in their flows. He continued, “Say congrats or something weirdo lol.”

“It wasn’t that deep,” argued Tory. “Just ain’t want u to look dumb. Congrats tho bozo.”

“Stand tall Tory,” replied Meek, which is obviously something the Tory can’t physically do. “It’s kinda of deep you tryna help me wit my spelling and you know for a fact I don’t fuck wit you right now…”

Their issues seemingly stem from Tory’s latest freestyle, which many have used to argue that he’s taking some of Meek’s flows. Similarly, on one of Tory’s recent songs, fans thought he was stealing flows from EST Gee.

Check out the heated exchange below and let us know what you think.