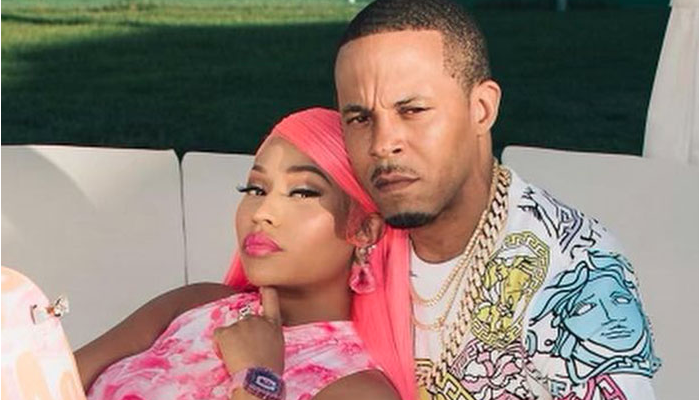 I’m not really an “I told you so” type of person…but didn’t we tell y’all this months ago? Perhaps now her crazed fans can stop claiming this conspiracy train theory now that the shit is really hitting the fan for the Petty’s.

Nicki Minaj has caught a lot of flack over the past two years over the direction she chose to go in her personal life. After the “Chun-Li” rapper decided to not only date, but marry and procreate with a serial convict, convicted rapist, and sex offender, Kenneth Petty, many were giving Minaj the side eye questioning if her standards were really as up to par as she’s always suggested in her music as a “queen.” Now, just a week after news broke that Petty was reaching a plea deal in his case with the state of California for failing to register as a sex offender after moving with Minaj, their legal troubles get even deeper…and nastier.

According to multiple sources such as TMZ and Radar Online who have obtained court docs, Nicki and her husband, are being sued by the woman he was convicted of trying to rape in 1995, who claims she’s being harassed after declining Nicki’s offers to change her story. The woman, Jennifer Hough, was the victim in Petty’s 1995 conviction for first-degree attempted rape — the reason he has to register as a sex offender. Hough claims in new legal docs that the Petty’s have directly and indirectly harassed her and threatened her to not speak about the incident, and she says they’ve inflicted emotional distress upon her as a result.

Hough says this started after Petty and Minaj began dating in late 2018, with Minaj allegedly making comments about how Petty was “wrongfully accused” and claiming Hough had recanted her story back then, something she denies, and a simple Google search of the original court docs would disprove. Then, in March 2020 after Petty was arrested for failing to register as a sex offender, Hough claims Minaj called her and offered to fly her and her family to L.A. in exchange for recanting her rape claims against Petty and helping him out.

Hough says she declined and within days, she and her family “suffered an onslaught of harassing calls and unsolicited visits.” Shortly after, she claims Nicki had people reach out to Hough’s brother and offer a $500k payment in exchange for a statement recanting her rape allegations against Petty. She also says this was followed by Nicki sending lawyers to her home to try to pressure her into recanting her story, and she began to panic and feel unsafe because she was being harassed at home. After one more alleged cash bribe offer of $20k and another alleged threat to her safety, Hough says she moved from her home in August 2020 and continues to live in fear. She’s suing Nicki and Kenneth for intentional infliction of emotional distress, harassment and witness intimidation … as well as suing Petty for sexual assault related to the 1995 conviction.

This is absolutely heinous to think of especially from someone of Minaj’s stature. Like, sticking beside a man convicted of these crimes is bad enough, but to have the nerve to intimidate or even speak to a victim? Yikes. What’s your thoughts on all of this? We’ll keep you posted on the case.