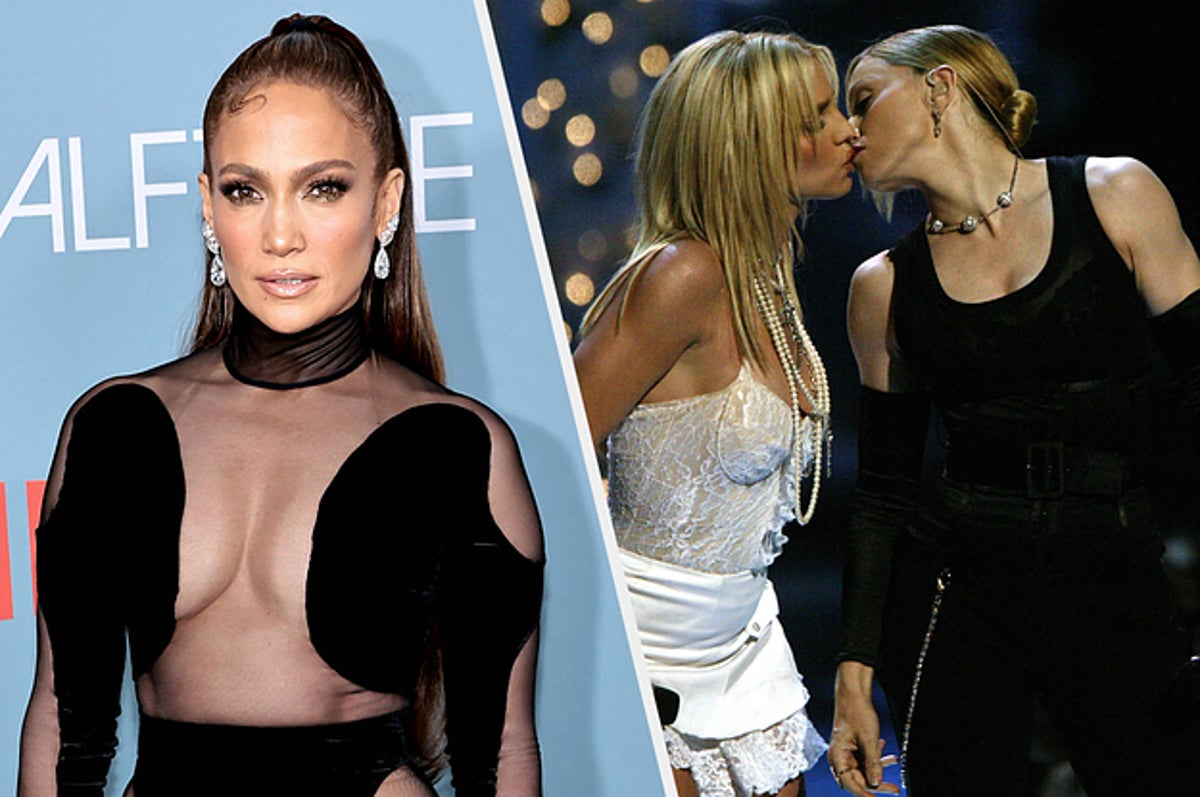 I mean… J. Lo is definitely iconic in her own right, but I don’t see how anyone would have ever thought that any duo other than Britney and Xtina was perfect for this. But hell, it seems everyone only paid attention to Madonna and Britney’s kiss anyway.

The MTV Video Music Awards have hosted some questionable moments on their stage over the years. Of course, many of them love on in pop culture infamy – particularly Madonna’s makeout session with Britney Spears at the 2003 ceremony.

As Daily Mail notes, the evening was full of entertainment. The Mississippi-born pop star rose from a wedding cake to sing “Like a Virgin,” the same way the original vocalist did back in 1984.

Afterward, Spears had Christina Aguilera join her so they could sing together. Before long, Madonna was beside them, launching into her track, “Hollywood.” While she was commanding the audience, the Queen of Pop took the world by surprise as she leaned over to smooch the singer.

The moment still sparks conversation two decades later. What many people don’t know, though, is that another kiss happened on stage that night. When the cameras cut to broadcast Justin Timberlake’s reaction to his ex locking lips with an older woman, Madonna and Aguilera were having an intimate moment of their own.

In a 2018 interview, the “Dirrty” songstress recalled her disappointment after the big moment failed to make an impact. “I definitely saw the newspaper the next day and it was like, ‘Oh, well, I guess I got left out of that,” she said at the time.

Interestingly, it’s now been confirmed that Aguilera almost wasn’t invited on stage at all. In fact, it was Jennifer Lopez who was first asked to perform with Spears and Madonna at the VMAs. During a recent chat with E! News, the Hustlers actress explained what caused her to miss out on the momentous occasion. “I was filming a movie in Canada and I met with Madonna and Britney,” she began.

“And I couldn’t get off the film, so they got Christina to do it. I’m a huge fan of Madonna, I always have been.”

I honestly think the right lineup was chosen in the end..it was the queen of pop and her princesses. Could you have seen this moment with J. LO?