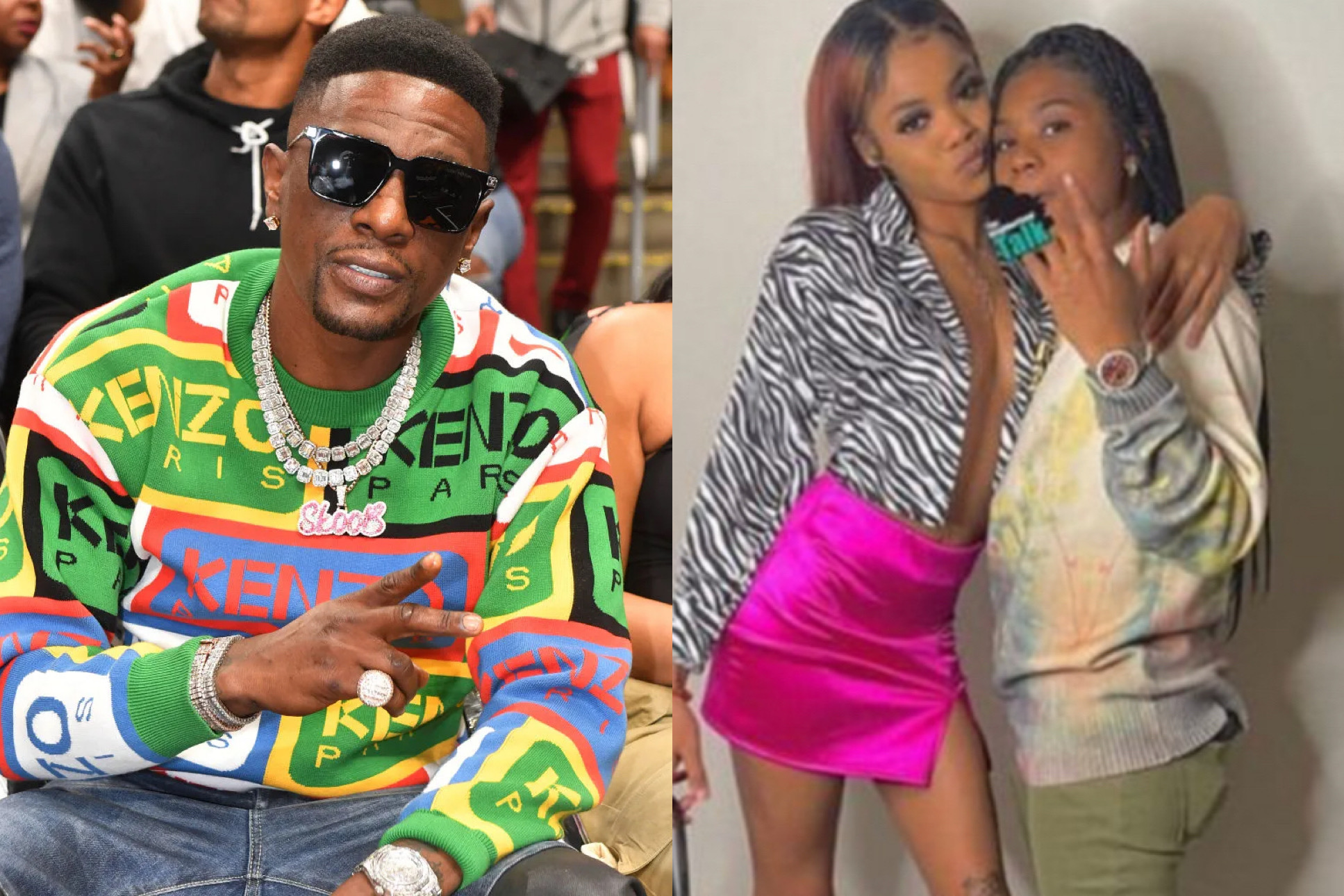 As ironic as this news may sound, the sad part is that men like Boosie would only be offended if it was their son that’s gay, girls are fair game apparently.

At some point we saw a definite shift where Boosie Badazz became obsessed with the shaft. We rarely hear anything musically from the rapper anymore, but we do hear him him addressing any topic concerning the LGBTQ community pretty much on a weekly basis.

We’ve seen Boosie publicly speak out against many LBGTQ figure that have managed to make headlines such as Lil Was X and even Gabrielle Union and Dwayne Wade’s daughter Zaya throughout her transition and it’s pretty much become an expected joke when anything LGBTQ comes up that Boosie and his ranting will follow shortly behind… but did you know he had a gay daughter?

Boosie’s oldest daughter Iviona Hatch goes by Poison Ivi and has been very open about her sexuality for quite sometime — which might come as a surprise to many considering her father seems to be the self-appointed leader of the Anti-LGBTQ committee.

Well, as LoveBScott reports, it seems that poetic justice may be served, as the Louisana native’s daughter has gone Instagram official with her girlfriend. The 21-year-old posted to IG boo’d up with her partner earlier this week.

After the images began circulating, it wasn’t long before social media called out the recording artist for his hypocritical behaviour. “Boosie daughter finally came out,” one person tweeted. “I wish everyone flooded his TL cause we need the same energy he gave Lil Nas, or [an] apology,” they additionally said.

In response to comments like these, another user pulled up a past interview the 40-year-old did with The Breakfast Club. “He literally said he wouldn’t attend or support his daughter’s marriage to a girl,” they concurrently pointed out. “He’s homophobic both ways.”

Other social media users are chiefly debating whether Gabrielle Union will get a kick out of the situation. Take a look at some of the reactions below and let us know your thoughts.

After years of beefing with #Lilnasx #Boosie daughter just announced that she’s L🏳️‍🌈sbian and shows off her girlfriend. pic.twitter.com/Sg3vWkUX3Y

Gabrielle Union after reading that Boosie daughter is gay: pic.twitter.com/BQZdN1wXdD

Boosie once said: “Gotta teach my daughter how to fight and keep my child away from dikes..”

I guess that ain’t work. pic.twitter.com/2Gxkxj0ow1

Boosie’s daughter comes out as a lesbian?

I know his homophobic ass is sick pic.twitter.com/ZOYdvCKHgG

Boosie when he found out his daughter had a girlfriend after years of being homophobic pic.twitter.com/Khp6uo1hkg

– Iggy Azalea onlyfans career
– Antonio Brown sextape
– Lori Harvey power trip between ex friends.
– A cop and a train
– Boosie daughter gay (karma)
– Michael B Jordan back to white girls.
– Somebody said Chrisean and Blueface got herpes that’s why they still together.

Lemme Get This Straight, Boosie has No Problem with His Daughter being Gay Right? But He’s Homophobic to the Men Only Tf Bro Are Serious. https://t.co/IM3VNsSZ46

Gabrielle Union about to have a field day when she find out that Boosie’s daughter out here doing the bending pic.twitter.com/MO5F8JRkPe