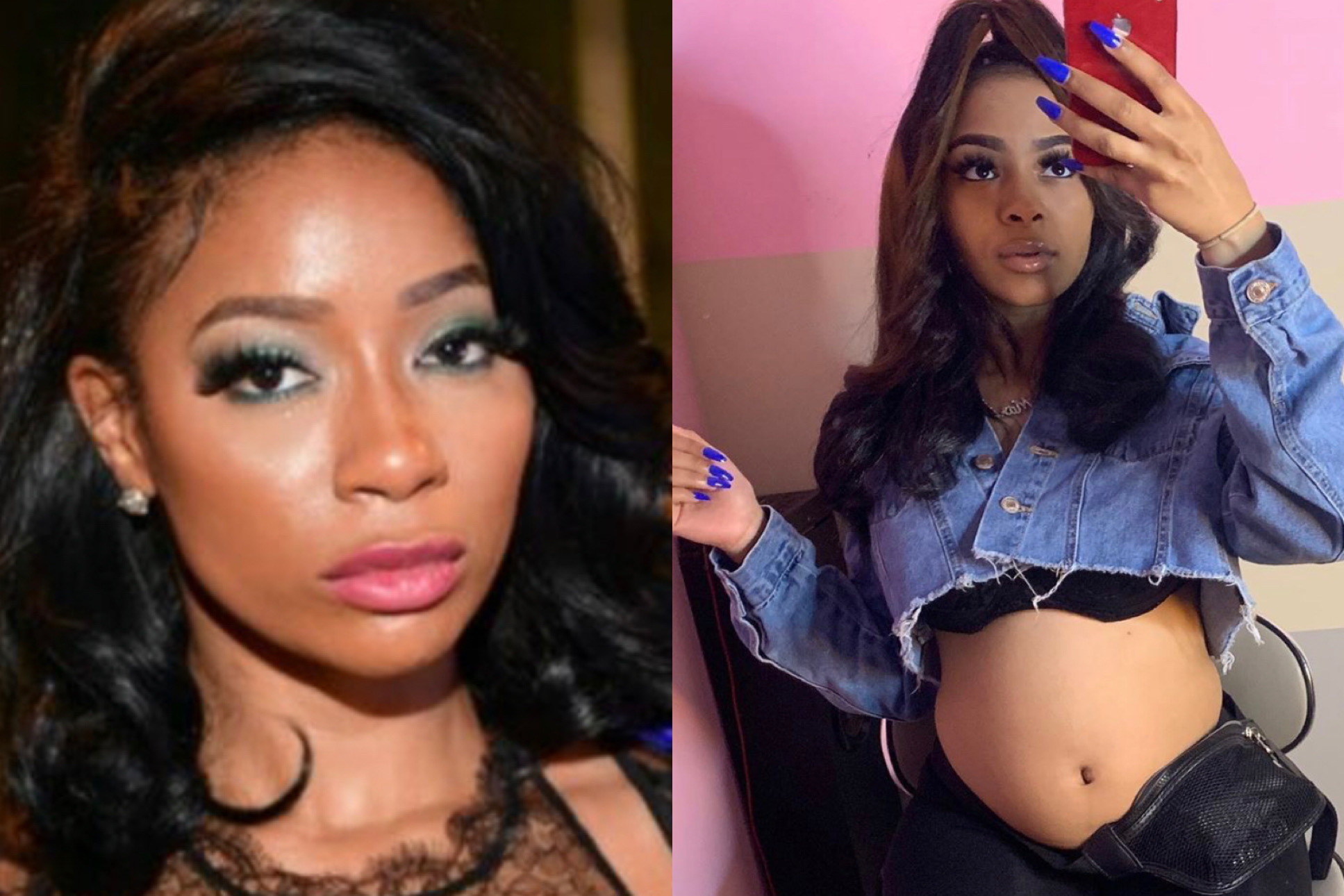 Tommie Lee, former Love & Hip-Hop personality, is constantly embroiled in some sort of family-related drama, it seems. Last summer, it was centered around child abuse charges, which in the end she didn’t serve time for. At the top of May, Tommie’s 16-year old daughter revealed she was pregnant, and while we haven’t heard so much as a peep out of the mother-daughter duo, it seems plenty of controversy has been brewing behind the scenes, which Tommie’s daughter, Samaria, is now deciding to bring to light.

Samaria exposed both her mom, Tommie, and her aunt, for allegedly trying to trick her into getting an abortion. What’s more, she says the aunt in question was also pregnant at the same time as her, and claimed to have had an abortion at seven months– but lo and behold, Tommie was later seen on Instagram with the same month, taking her to the hospital to deliver her child. Samaria not only questions how her mother, who had her first child at 18, could be so callous to her daughter, and equally, how she could help deliver her aunt’s child but not her own daughter’s.

In a series of Instagram Stories, Samaria details what happened, allegedly:

“I was told by my mother and aunt herself that she had an abortion at 7 months pregnant and that I should get one because it was for the best! The night of my b-day, my grandmother that’s incarcerated called me and told [me] my mother and aunt will be going to the hospital to deliver my aunt baby today,” she alleges.

She continues to detail that she has not heard from her mother once during her pregnancy, on top of the fact that she forgot her own daughter’s birthday. It doesn’t end there.

She writes, “I’ve been staying cool calm and collected but my aunt and . mother got me to fly to LA thinking my mother was dying only to try and be forced to have an abortion! After I didn’t want it, I was kicked out of the house and forced to find my own way home!!” She says this happened during the COVID-19 pandemic, too, thus incurring additional risk to her and her child.

Finally, she followed up with a few final thoughts this afternoon, writing, “I just wanna know what would have happened when I killed my baby and 2 months later she was holding her. I probably would have taken my own life. Glad I got my own mind.”

You can check out more of Samaria’s posts below, she also shared some screenshots from an apparent spammer from the Lee family that has been leaving disparaging remarks on her Instagram posts.

As of now, Tommie hasn’t responded to the situation, but we’ll keep you updated when she does.

#tommielee’s pregnant daughter says her mom and aunt tried to trick her into getting an abortion. As I previously reported, Samaria has said that her mom didn’t want anything to do with her grandchild.