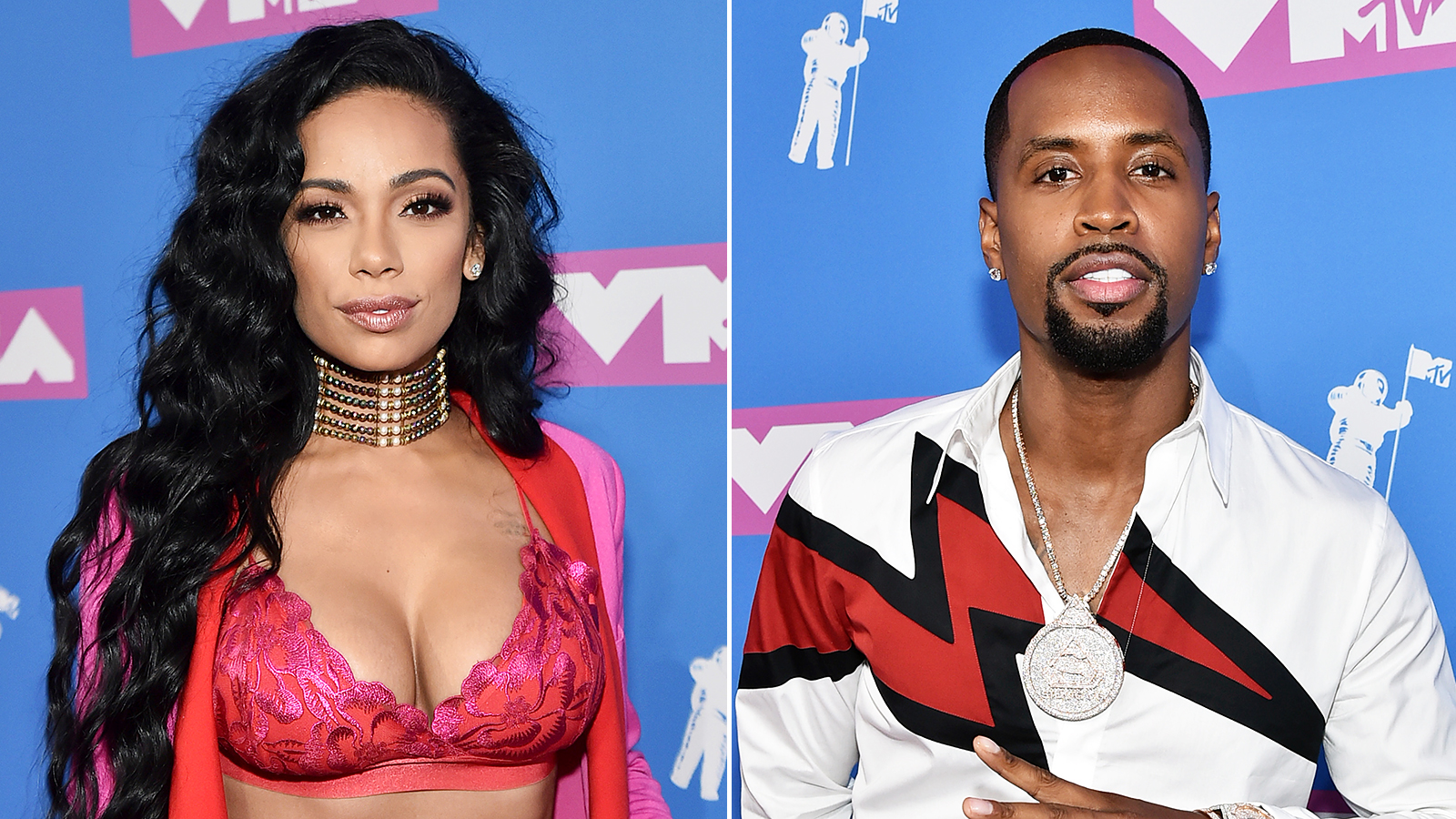 Erica Mena and Safaree Samuels get their back in the day “Cinemax” on for $50 on OnlyFans.

Erica Mena and Safaree Samuels are both on OnlyFans, hawking their personal content for fans to get off on. Erica has recently begun showing off her breasts and rolling around in tubs on the site, while Safaree has started going as far as wanting his previously viral meat for the cameras. Their most recent update is the being pushed by the couple as their most raunchy yet, allegedly showing their bedroom escapades for the low price of $50.

If you’re willing to part with one Virgil, you can see Erica Mena and Safaree Samuels getting down and dirty on camera. “Satisfying my Husband FOR THE FIRST TIME EVER ON HERE,” wrote the reality star on her OnlyFans profile. Unlock this RED LIGHT SPECIAL to see it all GO DOWN.”

The message was sent to Mena’s subscribers, asking for an additional $50 to see the video in question. As expected social media went up in flames with talk of the video and many revealing it ended up being reminiscent of HBO’s softcore after dark movies from back in the day showing much of Erica’s body as she simulates some well produced sex with Safaree. Hey, can’t knock the hustle. Now, itsKenBarbie.com isn’t in the business of posting porn whether hardcore or soft cores so if you’re looking for the video either subscribe or go to Twitter. However, Take a look at some of the reactions below. Would you pay $50 to see Safaree and Erica Mena in bed?

One of y’all from twitter needa go sacrifice some change and pay the only fans fee to screen record Erica Mena and Safaree’s lil tape and post it on here because it shall not me ME😂 I’m trynna see sum…. pic.twitter.com/OUek7jCwpr

Oh please, Erica Mena posted a video of her and Safaree on OnlyFans and u can unlock it for $50, and someone said “They out here selling their marriage intimacy for 1 Virgil” im DEAD😂😂😂😂😂

Celebrities are taking this only fans thing too far. Tf Erica Mena and Safaree got an only fans for? please leave this shit to the professionals 😭 anyways lemme go see the video they posted

So this what people paying $50 for?? She ain even spitty up da boy smt😒#EricaMena #Safaree pic.twitter.com/T8vKKbHFS4

Safaree and his wife Erica Mena are making money together on onlyfans and bro you still keeping that video of you and your girl on the phone ???😏😏😏

#ericamena posted a video on her onlyfans of her “satisfying her husband,” I’m prob alone on this but they’re married so I don’t see the big deal behind this. If I got married and wanted to be on onlyfans with him, there’s not one mf in this shithole of a world that could tell me otherwise. he’s MY husband and if we wanna whore ourselves out to the world, you got me fcked up if you think I’m gonna keep your reactions in mind. Not saying I would tho . I already told y’all if I made an onlyfans, I would be Harlem shaking and pop, lock & dropping in front of national monuments . BUT IF I WANTED TO … #explore #viral