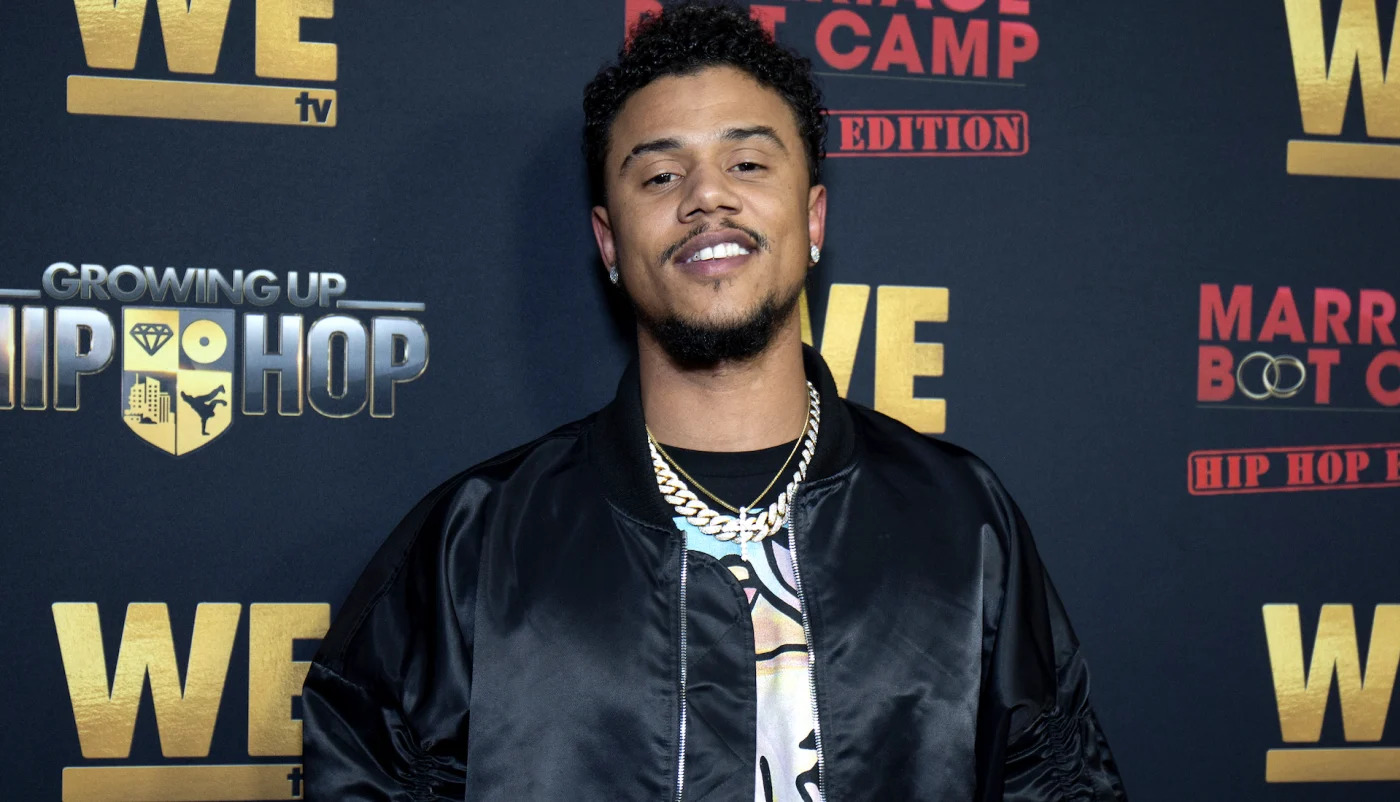 Usually we see male celeb leaks consisting of front row tickets to the Celebrity Meat Olympics but Fizzle Pop decided to take another route and decided to turn around and let y’all see that ‘bump bump bump.’

Well, they say all publicity is good publicity, right? Hopefully this is true for Lil Fizz, who is now trending online for an unexpected reason. I’m not quite sure what’s in the 2022 water, but apparently it’s something that causes male celebrities to put their wangs and thangs on display. Over the last few months we’ve seen a few viral leaks such as rapper Nelly’s little “Dilemma” courtesy of an “accidental” post of him receiving fellatio to his Instagram story, we then saw what was initially claimed to be an impressive shot of Big Sean’s well…BIG Sean, which he later denied was him, and former B2K member Lil Fizz’s peculiar looking fizzle pop following a leaked upload from him Only Fans account. Now, Fizz is popping his head in once again, from the backside.

The former B2K member is all over the internet after the world was witness to a nude video of him leaking. The footage is explicitly making its rounds all over social media. The X-rated video allegedly comes from his OnlyFans account. After being accessed by the wrong people, it’s now undeniably one of the hottest topics on Twitter.

Lil Fizz showing off his hole on onlyfans. 👀🤤🍑 pic.twitter.com/3iGgx8bKWD

“Do NOT check why Lil Fizz is trending smh,” one user wrote after investigating the trend for themselves.

Do NOT check why Lil Fizz is trending smh pic.twitter.com/Vl8liOlsQ7

“Lil Fizz took ‘Bump, Bump, Bump’ to heart I see,” another user tweeted along with some emojis crying with laughter. This reference comes from the title of B2K’s 2002 hit with Diddy. “Baby, turn around and let me see that sexy body go / Bump, bump, bump,” the group sings on the hook.

In 2022 I done seen (against my will) Lil Fizz wee wee and bootyhole… pic.twitter.com/vyHUbifomj

Again, this isn’t the first time the youngest member of the R&B group has been the victim of an intimate leak so in all actuality he probably isn’t as upset that the video itself has been seen but more so that he popped his boochie for a paying member on his OF only for it to then be leaked to the rest of us for free.

Take a look at some of the most hilarious reactions below. So there you have it folks, for just $26 a month, you too, can see Lil Fizzle’s boochie… or you can just hop on Twitter. Impressed?

Everybody after checking to see why lil fizz is trending pic.twitter.com/RCEh8pbclo

From Diddy having a baby on Caresha

To Lil Fizz and his booty hole being exposed on my timeline.

And Skai Jackson and that GOD AWFUL audition tape

Oh and don’t let me forget how messy Tory Lanez trial is getting messy pic.twitter.com/uEmL0mUO45

Me checking to see why Lil Fizz is trending. pic.twitter.com/arwxOLZrvN

Not the gays saying Lil Fizz looks like he’s been .. used. pic.twitter.com/5yjwqhyuJN

Just saw why lil fizz was trending. That bussy is beat tf up.

I don’t care what Lil Fizz sexual orientation is but to have your asshole on my TL is absurd! You have already treated every woman you’ve been with horribly, then you got a deformed mushroom and now this? I can’t keep defending this !! #LHHFamReunion #LHH pic.twitter.com/cXY458lYa5