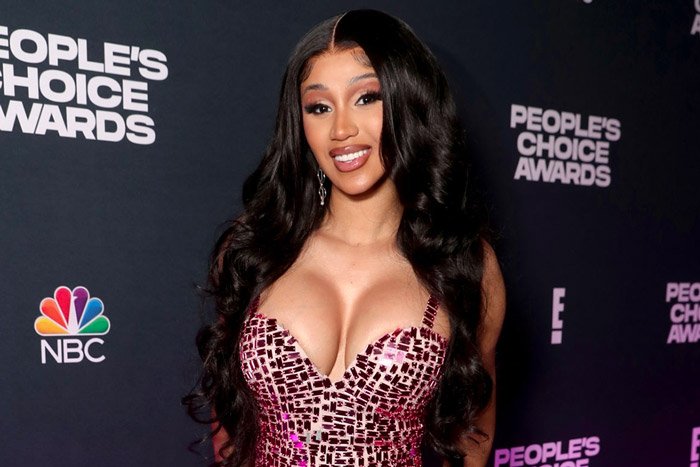 You know you’re that girl when everyone including your haters are so thirsty for your new music that they start making up their own.

Without a doubt, Cardi B’s upcoming sophomore project is one of the most anticipated releases in not just hip hop, but music as a whole. Not a day goes by that you can’t hop on any social media platform without seeing the status of Bardi’s pending release as a topic of discussion, not even just from the general public and fans of her music… but her “haters” seem to consistently ask about it just as much.

It seems those consistent detractors (who may as well label themselves as her second fan base at this point) have gotten so desperate for Cardi’s music and the idea of spreading negative news about her that they’ve now gone as far as creating fake leaks and labeling them as reference tracks from the upcoming LP.

Now, why would this be a big deal, you ask? Well, one of the biggest arguments that Cardi’s naysayers attempt to throw out in effort to discredit her success is the false claim that she doesn’t write her music, so with the recent leaks of reference tracks from the likes of Latto, Coi Leray, and Bia over the last few weeks, it appears they thought this was the perfect opportunity to take a jab at Cardi and easily get the public to go along with it.

“LEAKED REFERENCE TRACKS FOR CARDI B’S UPCOMING ALBUM,” the Nicki Minaj fan page (of course) uploaded to Twitter first thing this morning in effort to get some traction. What followed was four different clips of tracks of songs that sound nothing like what’s shaping up to be Cardi’s next project and you can do what you will for with that statement. 😉

As most outside of those who wanted to believe the nonsense anyway laughed off the supposed leaks and quickly labeled them as “fake,” Cardi soon confirmed when she took to Twitter to laugh it all off as well retweeting one of the lyrics “Lmmmaaaoooooooooo …These are horrible too I would never,” before elaborating “I just feel like these are things that people think that I want or would say …Like party wit Cardi ? That’s so late for me to say is like me saying okruuuuuuu again.”

Cardi then decided to give a preview of an actual track she recorded noting that it was scrapped but just a little something for the people since apparently they’re so hungry for her. Take a look at it all for yourself and let us know what you think. Could Cardi have the most anticipated album of 2023?

Lmmmaaaoooooooooo …These are horrible too I would never lol https://t.co/i2uP84bTu2

I just feel like these are things that people think that I want or would say …Like party wit Cardi ? That’s so late for me to say is like me saying okruuuuuuu again …..And Jenny from them block sample it’s like cliche & expected…..Nice try tho https://t.co/xCew7kyno2