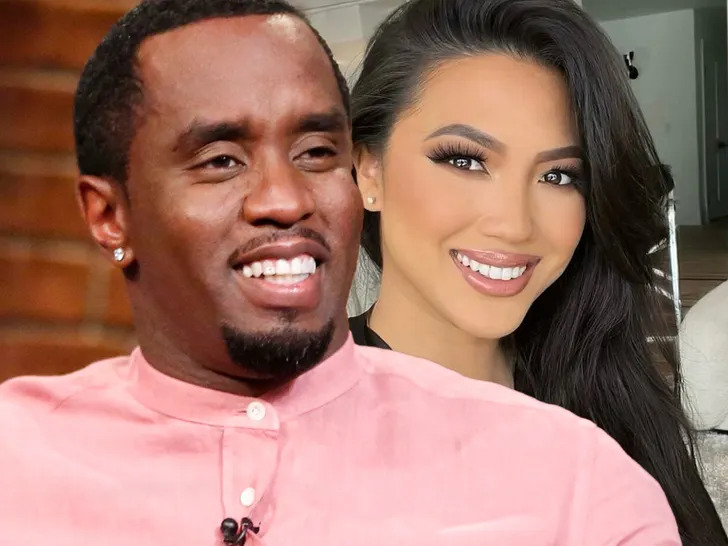 Chile, Diddy loves himself some fine Asian cuisine doesn’t here? I guess he got his “happy ending.”

Can’t stop, won’t stop…indeed. Some thing things never change and this time that thing is the bad boy ways of Sean Diddy Combs. Social media is still buzzing over Diddy’s surprise announcement that he’s the proud papi of a newborn daughter named Love Sean Combs which, naturally, stirred up hilariously messy reactions across the internet.

“I’m so blessed to welcome my baby girl Love Sean Combs to the world.” “Mama Combs, Quincy, Justin, Christian, Chance, D’Lila, Jessie and myself all love you so much! God is the Greatest,” Diddy tweeted over the weekend setting off a fire storm of jokes, side eyes, and internet detectives looking to find out who is the latest baby mother added to Diddy’s collection.

According to TMZ, a source close to Diddy said baby Love was born on October 15th at a hospital in Newport Beach, California. Diddy, 53, is listed as the father and 28-year-old Dana Tran aka Dana Tee is the mother, since internet sleuths have found out her identity, Dana has apparently deleted all of her social media pages.

Dana is reportedly a spa owner and masseuse who has worked with Diddy in the past, while it’s not a sure thing that it was during one of these sessions that Diddy experienced his happy ending with her, it’s clear she’s a welcome addition to his Harem of women based on the news of their brand new baby girl. However, according to RadarOnline, sources claim Diddy told “NO ONE” in his camp and only one assistant was made aware of the situation prior to the child being born, with the two apparently not having any sort of serious relationship… so it’s possible this was an “oopsie” baby.

Diddy welcomed his first child Justin with Misa Hylton-Brim, Christian, D’Lila and Jessie with the late Kim Porter, and adopted her son Quincy as his own. In 2006, Sarah Chapman gave birth to his daughter Chance. I wonder if his “Shorty Wop” Yung Miami still plans on sticking around and adding to that list? Thoughts?