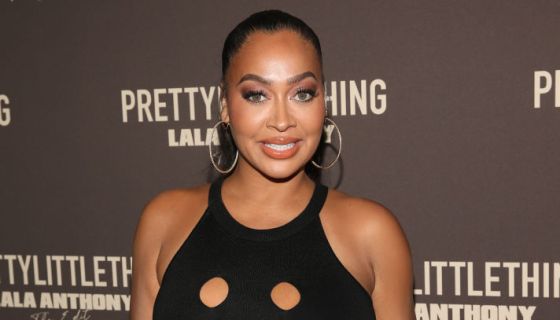 Chile, is the case of similar ideas or was someone out here on their swiper getting to the swiping tip? An up and coming designer is calling out La La Anthony and Pretty Little Thing for allegedly stealing her design.

It’s actually becoming a bit eerie how often we are starting to see these types of stories come about. Popular budget fashion superstores such as Fashion Nova and Pretty Little Thing have consistently been accused of ripping inspiration from up and coming designers work. This has also affected artists who have who have inked deals with the fashion brands now La La Anthony is the latest being accused of being overly “inspired.”

Ash Forde who runs a brand called Maison Ashforde has accused the LaLa of ripping off her designs with her recent PrettyLittleThing collaboration. The designer blasted La La in a in a Instagram posted along with receipts which she captioned:

“I can’t express the amount of disbelief I’m experiencing right now. For another black woman to mirror the designs of another black woman, pure hurt. We’ve seen this narrative so many times from different cultures, but girl–OURS? Before I launched @lala’s stylist @therealnoigjeremy reached out to pull from my first collection for @maisonashforde. We met in NYC where I personally delivered the dress with excitement. MY DESIGNS, NO TEAM, NO SUPPORT, MY FUNDING, AND FOR FREE. Only to find out that the design of my dress would be duplicated by a larger fast fashion brand for @lala’s collab with @prettylittlething.”

Ash Forde proceeded to showe proof that her design dates back to the summertime and gave any doubters various angles of the dress, for good measure. She then uploaded screenshots showing her interacting with members of La La Anthony‘s team, supporting her story that definitely indicate that La La received one of Ash Forde‘s dresses as a gift. For her final receipt, she showed photos of La La wearing the piece in question from her PrettyLittleThing collab that is noticeably similar her design.

La La nor Pretty Little Thing have commented publicly on the accusations just yet. Take a look at the receipts below and let us know if you think this was purposely done or simply a coincidence?