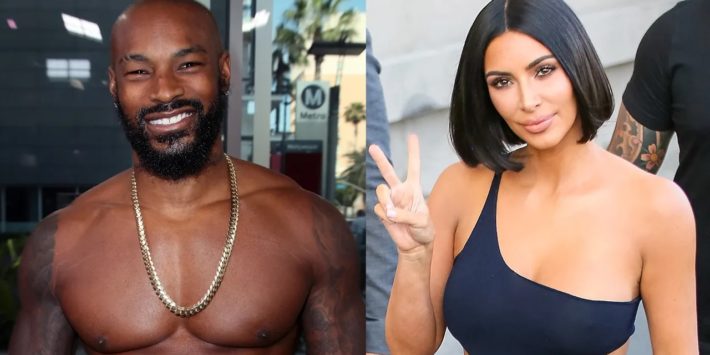 In his latest VladTV interview, model Tyson Beckford took us on a brief trip back to 2018 to address his long-ago internet feud with Kim Kardashian West. At the time, Beckford had commented some choice words about a paparazzi photo of the mother of four pretty much body shaming her. “Sorry I don’t care for it personally,” he wrote. “She is not real, doctor f*cked up on her right hip.”

Kardashian West was quick to chime in with a sassy reply, writing, “Sis we all know why you don’t care for it,” followed by a train of emojis insinuating that Beckford could be gay.

The model took then took the feud to his own Instagram feed, posting a shirtless selfie with the caption, “I support LGBTQ, even though I’m not Gay. It’s just the Human thing to do.” Three years later, Beckford has another message for anyone else making assumptions about his sexuality.

“Man, fuck all of them! I ain’t never been gay, nor do I have a problem with gay people. It’s just like, don’t try to turn a situation into something because I got the best of you.”

You can watch Beckford’s interview with VladTV for yourself below. I just think it’s hilarious that he could get upset with Kim’s response considering he couldn’ve easily minded his business or just refrained from commenting on her body publicly. Thoughts?