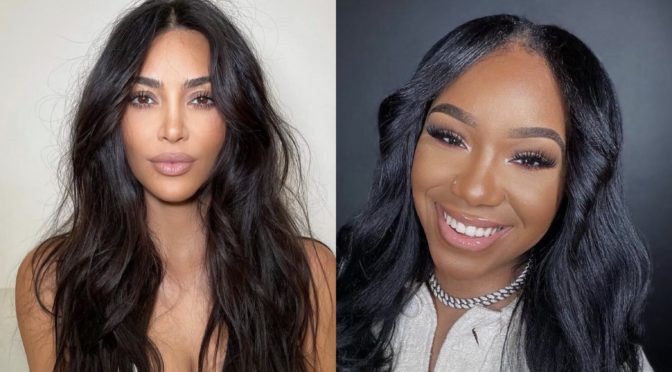 Kim Kardashian had things starting to come together nicely for her new brand, but Beauty Concepts LLC claims they’ve had their brand “SKKN+” since 2017 and they are not going down without a fight.

As her estranged husband puts the finishing touches on DONDA while living in the Mercedes-Benz Stadium, Kim Kardashian is facing a new set of legal issues. Recently, Kardashian revealed that her KKW beauty line would undergo rebranding, and later, the reality mogul revealed the name ‘SKKN.’ All seemed to be moving along for Kardashian and her team, that is until they were reportedly hit with a cease and desist letter from Beauty Concepts LLC who claim they’ve been using the name since 2017.

According to TMZ, the company reportedly has provided “salon and skincare services” under the name SKKN+, as well as having a website and social media with the name, owned by Cydnie Lunsford..

They also accuse Kardashian of using the “same block letter” as their logo for her new brand, and back in March, they filed an application “with the U.S. Patent and Trademark Office back in March to register the SKKN+ logo,” despite operating for three years prior to filing. The company claims it’s invested considerable time, effort and money to develop and market its SKKN+ services over the last 3 years, and Kim’s play for the same name would cause confusion in the marketplace. While it all seems rather cut and dry, Kardashian’s attorney Michael G. Rhodes says otherwise.

“We certainly appreciate and support small businesses, and our hat is off to Ms. Lunsford. But the question at hand is one of trademark law and we’ve not done anything deserving of legal action by her,” he said. “We are disappointed that she has chosen to run to the media knowing that we were scheduling a call for tomorrow, requested by her attorney. So while disagreeing with the letter, we’re hopeful that we can smooth things over once both sides speak.”

Kardashian has already acquired the “SKKN.com” website as well as her own social media handles, and Beauty Concepts claims that her including “By Kim” doesn’t differentiate the brands enough. If things aren’t settled, Beauty Concepts has threatened to take Kardashian to court. Do you think they have a case? Should Kim back down?