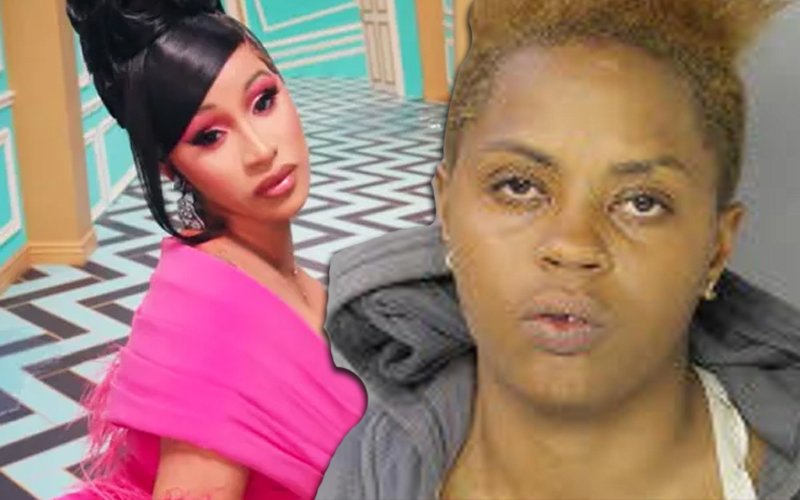 Chile, they then called the police for this lady doing what many of have been doing since last summer…blasting the hell out of “WAP.” Stephanie Crute was reportedly at a pool when she refused to leave, so police were called due to the track being blasted over Bluetooth speakers.

It was one of the hottest singles of Summer 2020, so it only makes sense that “WAP” continues its domination in these recent summer months. A recent report stated that a woman named Stephanie Crute may have been enjoying the NSFW single a bit too much because it was the catalyst that resulted in the 36-year-old Pennsylvania resident being arrested. According to Yahoo, Crute was reportedly at a pool with her daughters when someone called the police. The ladies had been asked to leave because they were allegedly blasting music over a “large Bluetooth speaker.” The song? “WAP”—the explicit version.

Police reportedly stated that upon arrival to the scene, they asked Crute to leave the premises but she flatly refused. Crute then was told she was being detained, and that is when Tamaqua Police Chief Michael Hobbs claimed that Crute not only pushed an officer, but she’s accused of resisting and punching them and other guests at the pool. Crute’s 11-year-old daughter is also accused of assaulting an officer, as well.

An officer reportedly was taken to a nearby hospital for medical treatment and Crute was hit with several charges including “felony aggravated assault, misdemeanor simple assault and resisting arrest, and summary harassment and disorderly conduct.” Her daughter was sent home to her father and Crute was given a $250K bond and later made bail.

She will reportedly return to court on August 3. Thoughts?