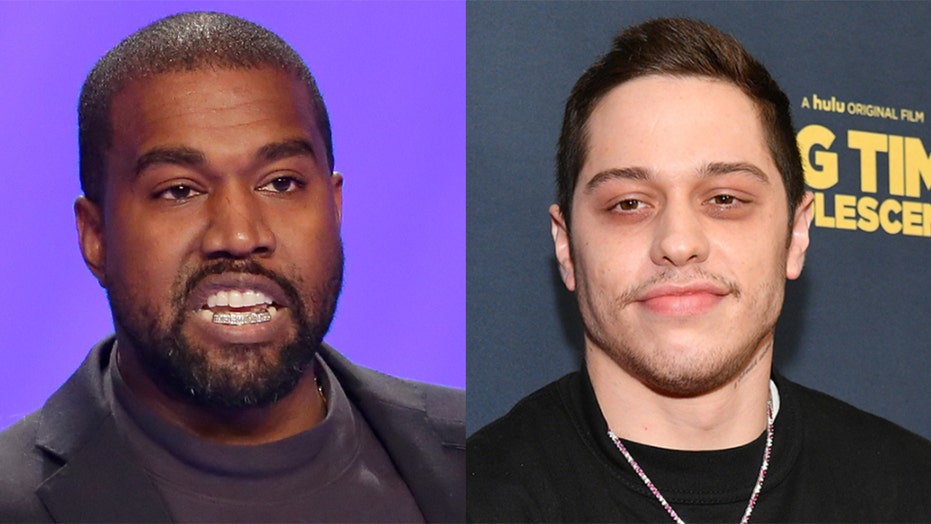 I mean, I guess men being upset when their ex (especially baby mother’s) move on isn’t really anything groundbreaking or surprising, especially when that ex is Kim Kardashian… but when Kanye’s out here parading around with his own new boo thang and trying his best to make Julia Fox happen it’s like…the nerve?

Things are heating up in Yeezyland… Following the announcement of Kanye West’s upcoming new song, “My Life Was Never Eazy” featuring The Game and news of a lawsuit for reportedly punching a fan, it seems Yeezy has a few more tussles he wants to get out of his system as a preview of the aforementioned track has surfaced online, with lyrics calling out Kim Kardashian’s alleged new boyfriend Pete Davidson by name.

As Ye parades around the world with his new girlfriend, Julia Fox, the rap mogul took some free shots at his ex-wife’s new man on his new song. Presently still unreleased, the track includes a bar directed at Pete, with Ye very directly saying that he wants to beat up the comedian.

“God saved me from the crash, just so I can beat Pete Davidson’s ass,” raps Ye on the song. Anyone familiar with Kanye knows he often references the car crash from earlier in his life, where he almost lost his life. Apparently, Ye thinks that he survived the accident just so he could put the paws on Davidson.

The song was announced earlier today with wild cover artwork, showing a bloody monkey over a red background. Take a listen to the preview below and let us know what you think. Is Ye just looking for some publicity for the new track or do you think he’s really feeling a way about Petey possibly smashing his soon to be ex wife to smithereens?