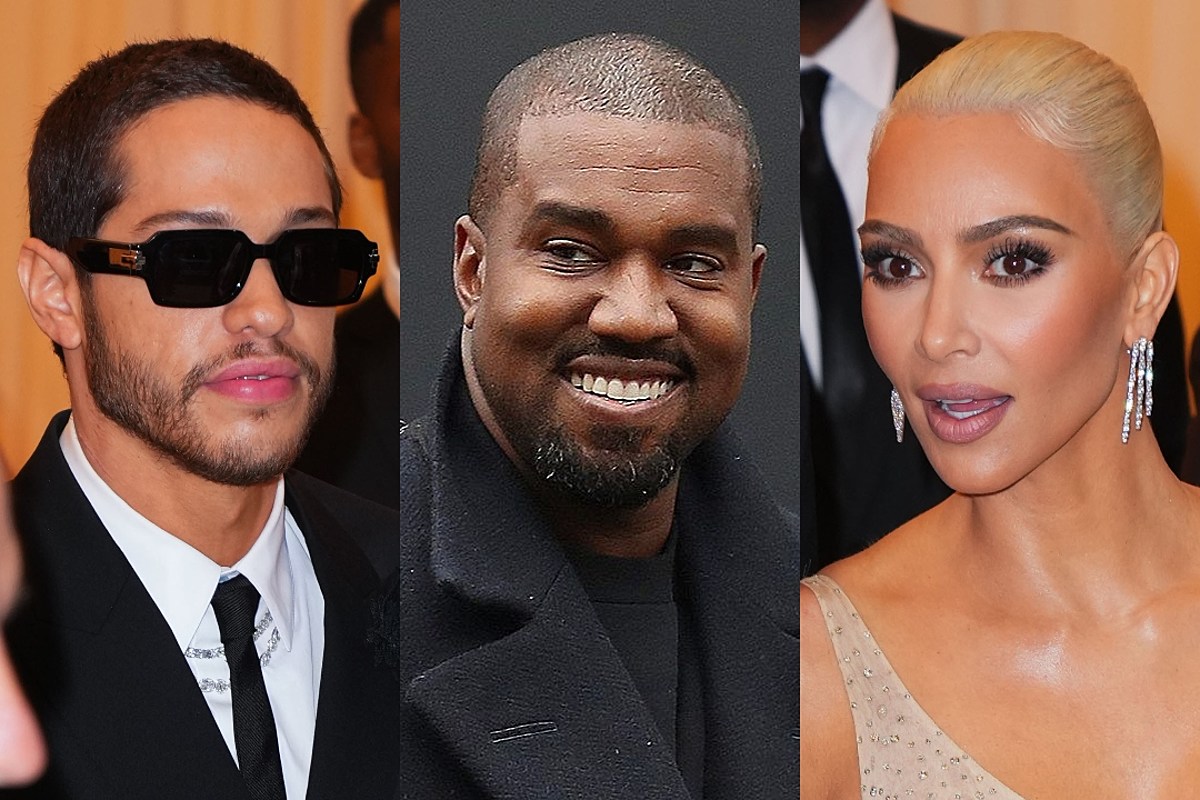 Being a Gemini I’m well aware that once that petty mode is activated, it’s quite hard to turn it off… Case in point, Kanye West.

Despite the fact that he’s no longer with Kim either, Kanye West got right back to trolling Pete Davidson on Instagram, Monday morning, after news broke over the weekend that the former Saturday Night Live star and Kim Kardashian broke up. West also took a jab at his ex-collaborator Kid Cudi by referencing his recent Rolling Loud performance which ended in him getting booed off the stage.

West’s post features an edited newspaper headline reading, “SKETE DAVIDSON DEAD AT AGE 28.” In fine print at the bottom of the image, the page reads, “Kid Cudi meant to play funeral but fearful of bottle throwers.” Cudi had walked off the stage at Rolling Loud, last month, in response to having bottles thrown at him during his performance. He was added to the setlist as a replacement for West, who backed out last-minute.

West had traded shots with Davidson on social media at numerous points throughout the relationship, which lasted nine months. Earlier this year, West featured an animated head of Davidson’s in his music video for his collaboration with The Game, “Eazy.”

Sources for CNN have said that Davidson and Kardashian’s breakup was amicable and mostly due to being at different points in their lives and having conflicting schedules. Though Skete, I mean, Pete has yet acknowledge Kanye’s post this morning, a source close to Kim told the Daily Mail, that she furious over Kanye’s trolling despite her breakup with Pete. She “won’t stand for this. She is demanding that Kanye take the post down, but he won’t,” the source told the publication. “She has been vigorously defending Pete. She’ll never get back together with Kanye over the way he’s treated the people she loves and respects. She has tried incredibly hard to have a good co-parenting situation for the children.” The source added, “[Kim] won’t stand for this type of behavior from him. Daily Mail then goes to acknowledge that though Ye initially wouldn’t take the post down, after leaving it up for most the morning, it is now no longer there. So, perhaps he heard Kim out or was just done trolling.

Despite Kardashian being legally single, she and West are still working through final proceedings for their divorce. What do you guys think of Kanye’s antics? Is this natural for a man to be feeling this way and acting out publicly after his wife moves on or is he doing a bit much?

Ngl when i first saw this post i thought kanye was referring to the name “Skete Davidson” as dead since he’s not with Kim no more. I thought Kanye was just tryna kill the Skete name 🤷‍♂️ pic.twitter.com/e7iIEHqRKN