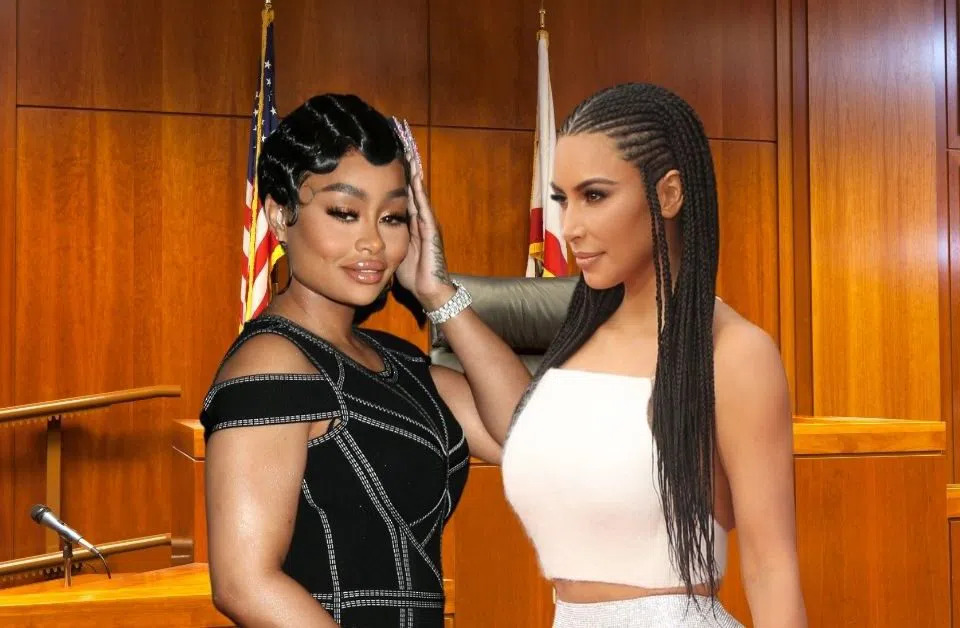 Chyna’s ultimate revenge mission to take down the Kardashian’s is definitely hitting some bumps in the road.

The court case that has been years in the making with Blac Chyna going head to head with the Kardashian clan has exploded into what has been a courtroom circus over the last two weeks. After various testimonies from Chyna, producers, and each of the Kardashians, we’re seemingly near the end of the trial. While it isn’t over just yet and a win isn’t clear in either direction, things aren’t looking good for Chyna being that as of today, some of her claims are already being dropped.

The judge dropped  Chyna’s defamation claim against Kim Kardashian specifically on Friday morning. Chyna initially sued ex-fiancé Rob Kardashian’s family in 2017 for defamation and intentional interference with her contract at the E! network. Kim, Kris Jenner and sisters Khloé Kardashian and Kylie Jenner were the ones being sued, in particular.

The Kardashian-Jenner family attorney, however, entered a request to have Kim removed from the lawsuit. “Because [Blac Chyna] has neither identified an allegedly defamatory statement by Kim Kardashian, nor specified an instance where she ratified an allegedly defamatory statement by another party, the claim against her must be dismissed,” legal documents stated.

“Chyna’s vague assertion on the record during [her] argument that Kim Kardashian ‘ratified those statements and encouraged her sisters to make them’ — without specifying how Kim Kardashian ratified them and to whom — is woefully insufficient to maintain a claim,” the document continues. “Additionally, statements by other Defendants cannot form the basis of a defamation claim against Kim Kardashian because neither her mother nor her sisters ever acted as her agent.”

The defamation claims against Kris, Khloe, and Kylie, as well as interference accusations against all four women were still being deliberated by the jury as of publication. But with Kim already being vindicated.. can we see this going positively in Chyna’s direction? It’s insane that after all this time her lawyers weren’t better prepared for the monster power that obviously a Kardashian legal team will come with.