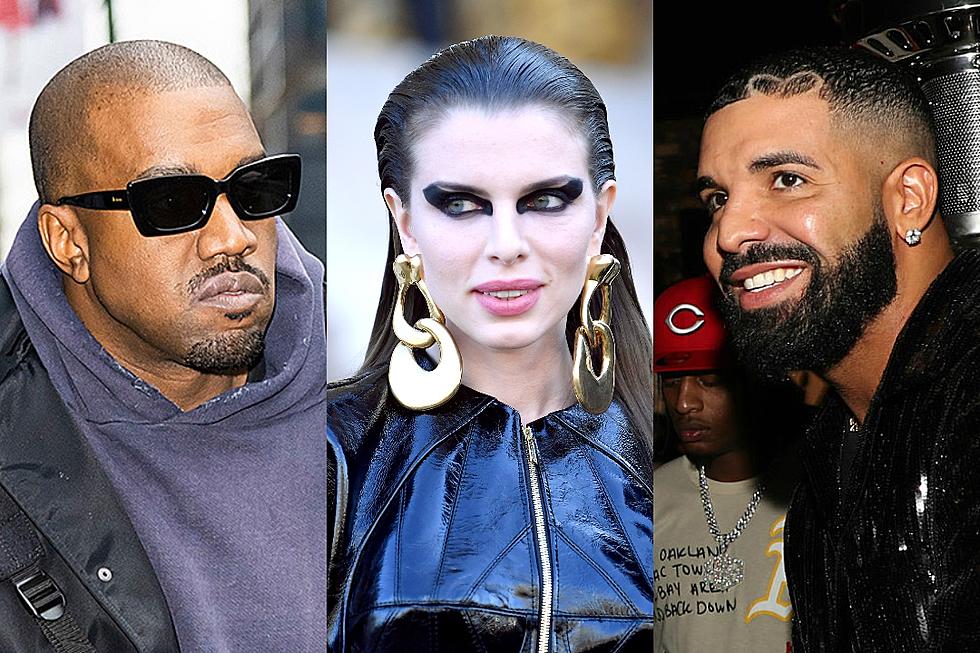 It’s not really all that surprising considering how often we see Hollywood operating like a revolving door when it comes to dating, but I know Ye is probably over the fact that it appears he just can’t get away from the Certified Loverboy allegedly being with his ladies.

Julia Fox really hit us from out of nowhere in 2022 and it looks like her celebrity isn’t fading any time soon. Standing right by Ye’s side, the actress continues to be forced down our throats and infiltrate the headlines as we all learn about her month-long relationship with one of music’s biggest geniuses. One shocking headline came up this week about Ye’s new fox though, and it won’t please her man. According to reports from Page Six, Julia Fox actually dated Drake, Ye’s longtime rival, before she got with the Chicago-born rapper.

According to the outlet, Drake used to spoil Fox with gifts, including two Birkin bags, during their short-lived fling back in 2020. The 31-year-old actress reportedly used to stay at the rapper’s Toronto mansion periodically after Drake reached out on Instagram to compliment Fox on her role in Uncut Gems. After her relationship crumbled with Peter Artemiev, she started spending more time with Drake, but their fling was cut short because of the pandemic.

“They were closing the border [between Canada and the US], and she had to get back home,” said a source. Fox went on to rekindle her romance with Artemiev before they broke up, making room for her to date Ye.

Drake and Ye are back on good terms after they performed together at the Larry Hoover benefit concert in Los Angeles but this will surely put a frown on Ye’s face. A huge source of the previous tension between the two rap stars was the longstanding rumor that Drake had smashed Kanye’s ex Kim Kardashian during their marriage. Whew chile, this is awkward. What do you think of this story?