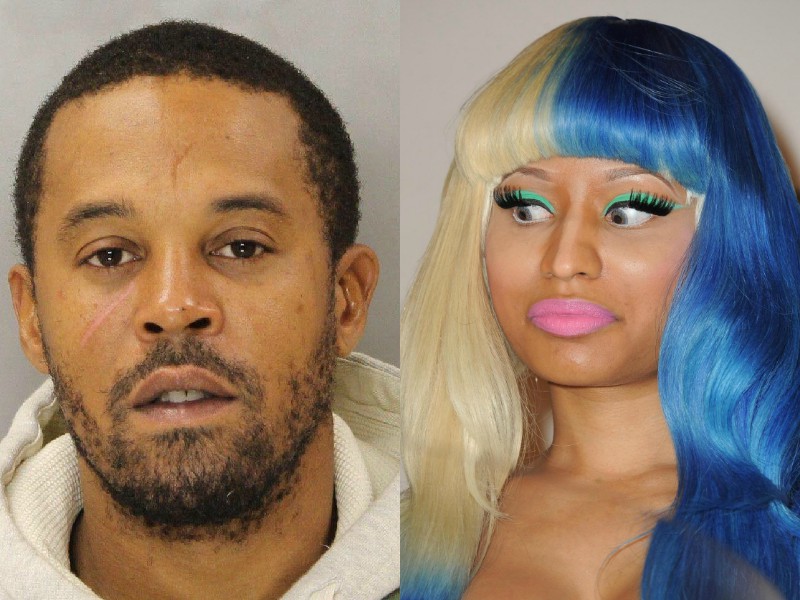 Nicki Minaj is apparently asking if she has a problem in her latest upcoming single and the answer is yes. Several.. especially with Dennis the Menace for a husband it seems like there is consistently legal problems coming to her door.

Just as the lawsuit against Nicki and Kenny Minaj was temporarily dismissed, apparently another has surfaced according to reports. Minaj and her husband Kenneth Petty have been embroiled in legal drama with Jennifer Hough, the woman who Petty was convicted of sexually assaulting back in the 1990s. Petty served a four-year sentence in connection to that case, and recently, Hough sued him and Minaj after alleging they harassed and attempted to intimidate her in effort to get her to recant her story. The suit was recently dismissed, but Hough’s attorney has vowed to refile at a later date in California.

Now today on “As the Ghetto Turns,” TMZ has reported that the couple has been hit with another lawsuit all the way over in Germany after a security guard is claiming that the ‘Chun-Li’ rapper and Petty attacked him back in 2019. The outlet stated that Thomas Weidenmuller penned in court documents that he was working as a security guard at one of Minaj’s concerts back in 2019. The show took place in Germany and Weidenmuller alleged that during the set, a male fan was allowed to make his way to the stage. This allegedly angered the couple, as Weidenmuller claimed Minaj yelled at a security guard who is a woman, calling her a “f**king b**ch.” That guard was reportedly crying following the altercation, so Weidenmuller stated he attempted to address the situation directly with Minaj.

According to his suit, Nicki screamed at him too, saying, “Who do you think you are?” … and allegedly threw her shoe at him. He says her aim was off, and he escaped unscathed. However, he claims he was later called back to Nicki’s room for another discussion … and while she ripped into him again, Boot Cut Kenny allegedly came outta nowhere and punched him dead in the face, allegedly breaking his jaw.

Weidenmuller reportedly said that his recovery has been extensive and included “8 surgeries to fix his jaw” and “has 5 plates in his face and will need an additional 6 operations to get right.” It is unclear how much Weidenmuller is seeking in damages, but he reportedly wants Minaj and Petty to foot the bill for his medical expenses.

What do you guys make of this story? We already know Minaj’s fans believe their ‘queen’ can do no wrong, but normal folks, what are your thoughts? Stay tuned for more info as it comes in. What in the Bonnie and Clyde is really going on here?