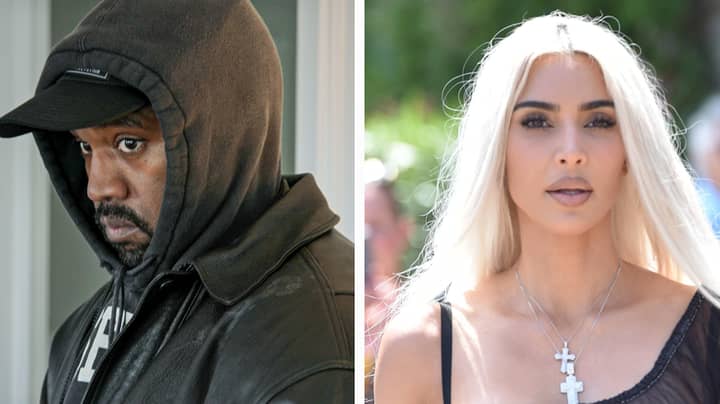 Kimmy K once beat her sister Khloe with a purse as she told her not to be “f*cking rude,” but throughout their highly publicized divorce, her ex-husband Ye apparently didn’t get that memo as he lit her and her family up via social media consistently. Now he’s looking to put all that behind him.

Kanye West was back to making headlines in recent weeks as his issues with Gap and Adidas spilled into the public eye. The creative mastermind behind Yeezy called out the two companies for undervaluing his contributions to their brands and later, terminated his contracts with both companies.

This morning, Good Morning America shared a segment of their half-hour special, A Conversation with Ye: Linsey Davis Reporting, debuting tonight at 8:30 p.m. ET. The interview covers a wide range of topics, from co-parenting with Kim Kardashian to social media and his struggles with Adidas and Gap. Ye publicly apologized for causing stress to Kim K.

“This is the mother of my children, and I apologize for any stress that I have caused, even in my frustration, because God calls me to be stronger,” Ye said. “I need this person to be less stressed and of the best, sound mind and as calm as possible to be able to raise those children at the end of the day.

Kanye West apologizes to ex-wife Kim Kardashian & speaks on co-parenting struggles: “This is the mother of my children and I apologize for any of stress that I have caused.” 💯👀 THOUGHTS⁉️pic.twitter.com/iGWKALi2dx

He added that the “parallel does touch on discrimination” including in his marriage.

Afterward, Ye also touched on the struggles he has with the two brands and admitted that “Sway had the answers,” in reference to his infamous 2013 interview with Sway Calloway. Honestly it’s good to see Kanye taking accountability for his part in the drama. Take a look and let us know your thoughts.