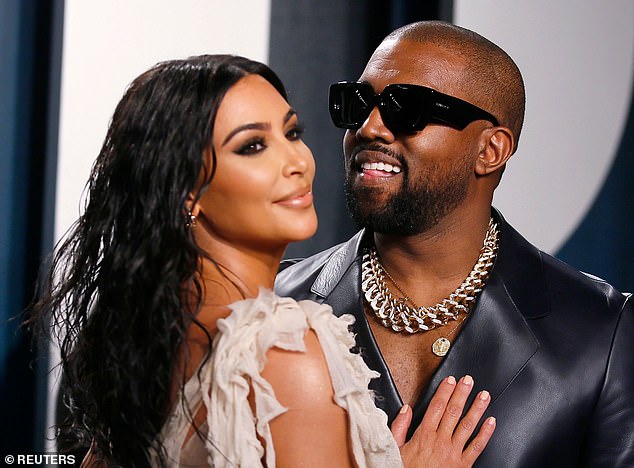 More alleged details have emerged in the cheating saga Kanye revealed on “Hurricane,” and while many were quick to suggest that Kim K was smashing an A-List rapper who’s name start with ‘Dra’ and ends with ‘Ke,’ apparently it may have been Kanye who was dancing in the bed with stars.

Since Kanye West and Kim Kardashian first got together back in the early 2010s, they have found themselves in the rumor mill seemingly every single day. From their Jay-Z and Beyonce-less wedding, to their growing family and to their growing list of issues over the past couple of years, the couple has been under the microscope and every hint at anything wrong with their marriage was transformed into a full-blown news story.

That all came to a head this February when, after West’s failed attempt at running for presidency, Kardashian (who still uses Kardashian West as her last name on Instagram) filed for divorce from West. The rollercoaster that has been the KimYe saga also took a turn when, on Donda’s “Hurricane” featuring The Weeknd and Lil Baby, West allegedly admitted to cheating on Kim after the birth of their second child, rapping “Here I go actin’ too rich / Here I go with a new chick / And I know what the truth is / Still playin’ after two kids / It’s a lot to digest when your life always movin’.”And now, more details regarding this alleged infidelity have surfaced.

According to The Sun, West cheated with an “A-list singer” as Kardashian struggled with a grueling exercise and body-consciousness after her pregnancy with the couple’s second child and first son, Saint. Reportedly cheating with a singer who is “a household name in their own right,” Kanye was “mainly living in his bachelor pad in Hollywood because it was closer to his studio and he wasn’t going to go home to Kim and newborn baby when he’d been partying late in the studio.”

This revelation, along with the “Hurricane” lyrics, points to the fact that West did indeed cheat on Kardashian and, based on Kim filing for divorce, it would seem that the couple would be on their way towards separation, but after that third listening party in Chicago and the two appearing together at Monday night’s Met Gala in all-black looks including full-face masks, it is to be seen what actually happens with Kanye and Kim.

What do you think? Everything is pointing to the fact that Ye cheated a couple years back but despite divorce looming over the couple, the two have been seen together more and more, especially in public. Are Kim and Kanye back on? Or are the public appearances just that — public appearances? More importantly, who the hell could this “A-List” singer be?