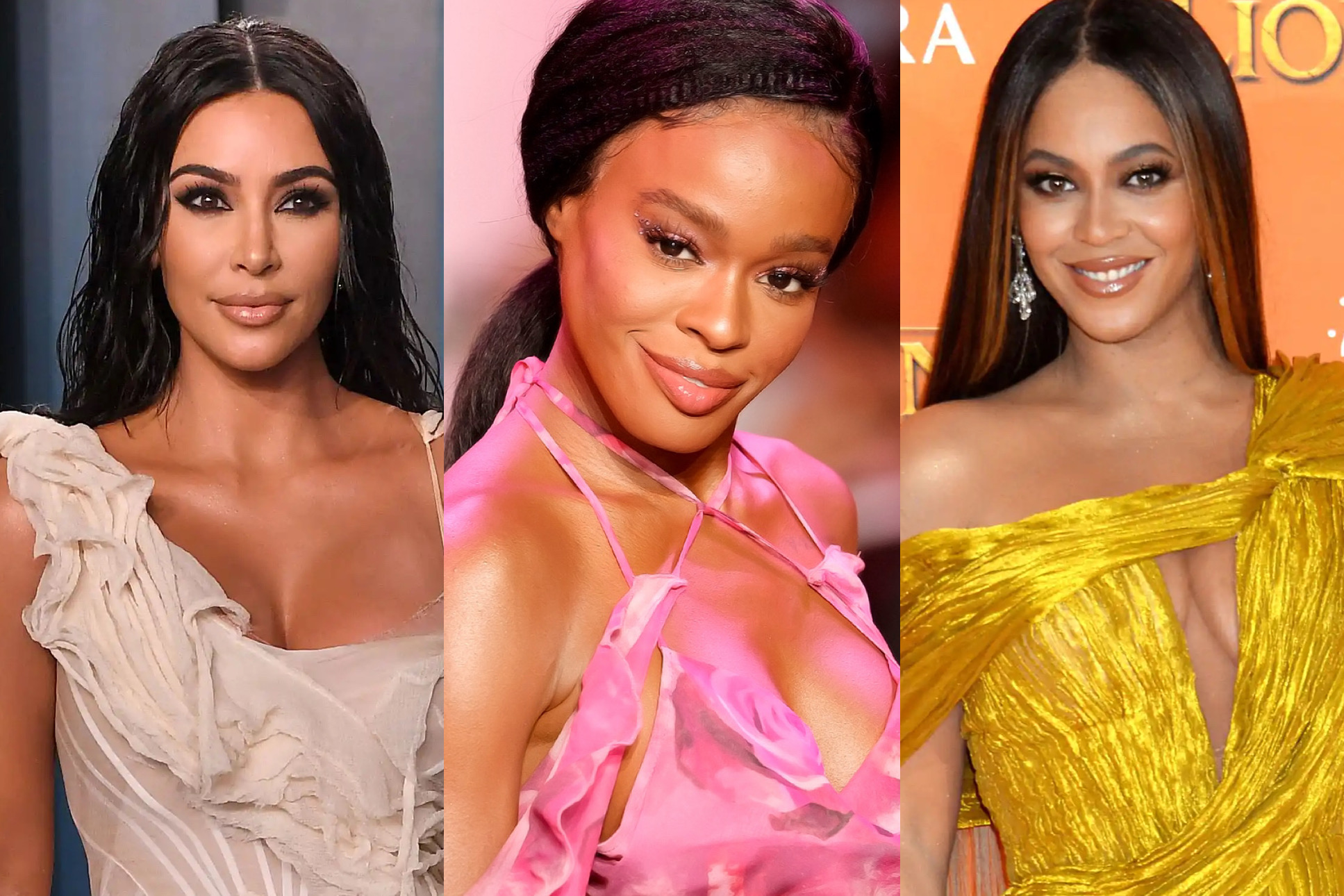 I am not about to compare these two beautiful women’s looks. Of course Azealia isn’t above it, but what we’re not going to do is pretend like Beyoncé isn’t well, like she said… THAT GIRL.

Azealia Banks has made a few things known about herself over the years. She’s always good for unsolicited opinions and apparently she isn’t fond of too many people at all, especially Beyoncé, and on Monday (September 5), Banks had a few more choice words for the mother of three, as well as Kim Kardashian, JAY-Z, and randomly Sam Smith.

First, the New York native laid into Kim reposting a message that reads “Kim Kardashian says a vegan diet helps with her Psoriasis. We asked an RDN to weigh in” on her own Story. “Wasn’t she just eating cheese n sausage with Fleet Davidson?” Banks wrote above the image.

“Sis [you] need some REST, a bar of count countess and a high dose of some kind of sulphuric compound every day. Also, we noticed [you] drinking alcohol. Vegan ain’t gonna save [you] while you’re drinking alcohol ma’am.”

In the next slide, though, Banks changed her tune completely, praising the mother of four before turning her wrath to Beyoncé. “You have to give Kim her props for making [it] to 40 [and] still looking better than all of her contemporaries and about 88% of young women,” the performer began.

“I never in a million years thought Kim K would look healthier, more alert, more sober and overall happier and in control of her shit than Beyoncé.”

The next page found Banks ranting about the Queen Bey even more. “Hate comparing but Bey really dropped the ball on the aspirational pieces,” she said. “She looks sooooo obviously sad with JAY-Z, and watching that every drain year after year just turns me off from how powerful she seemed to me as a kid.”

“Personal Power is the [most] important power you have as a woman,” Banks declared. “She outgrew him about 10 years ago but lowkey too prideful to let another bitch have him (Another reason I avoid Saggitarian men like the plague, they are some secretive untrustworthy motherf*ckers).”

According to Azealia, Beyoncé “never ever got over whatever hoe shit [JAY-Z] was doing in the 90s.” The controversial 31-year-old then urged the Destiny’s Child alum to “run away from home and find a Jamaican man who cooks and cleans and just chill.”

“Dead ass mean this with the most love ever – it’s time for you to get some NEW D*CK, so you can have some new energy and inspiration!!! That JAY-Z d*ck is out of steam honey. Leave his deflated ass where he is, he would do it to you.”

It always amazes me how Azealia has all of this advice for everyone else while her once promising career continues to float away into the abyss because of her own mouth. Check out the rant for yourself below and let us know your thoughts? 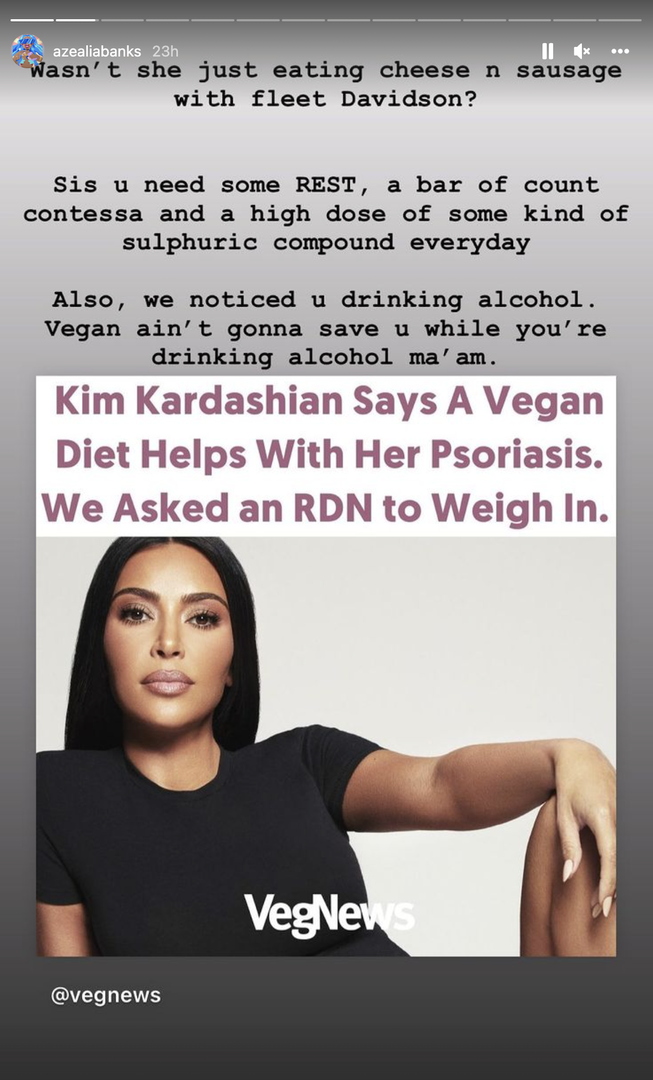 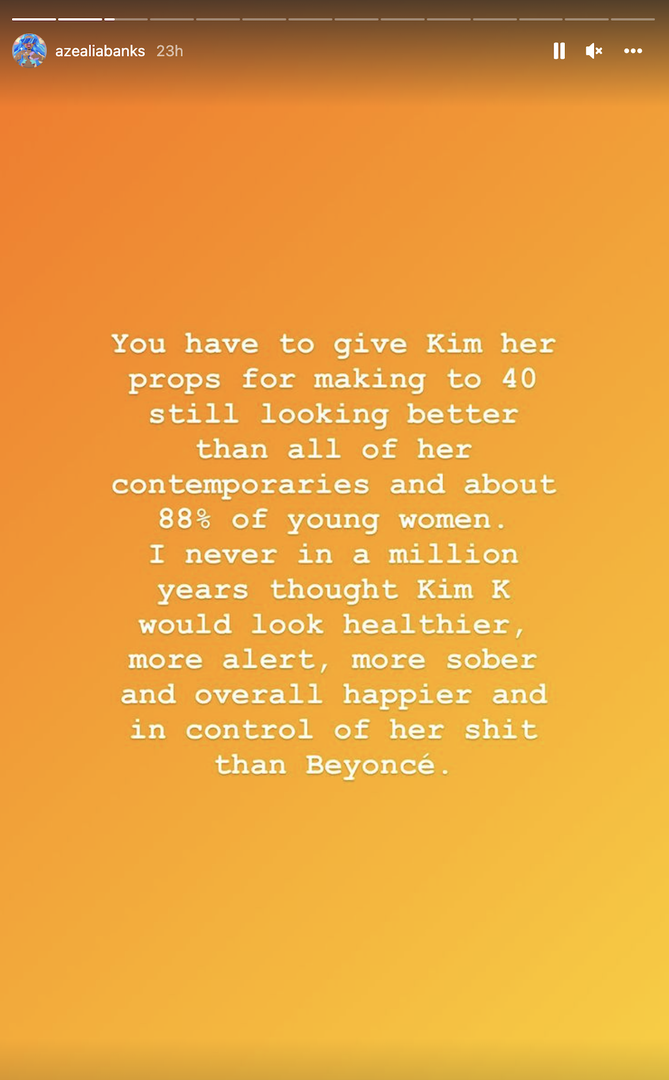 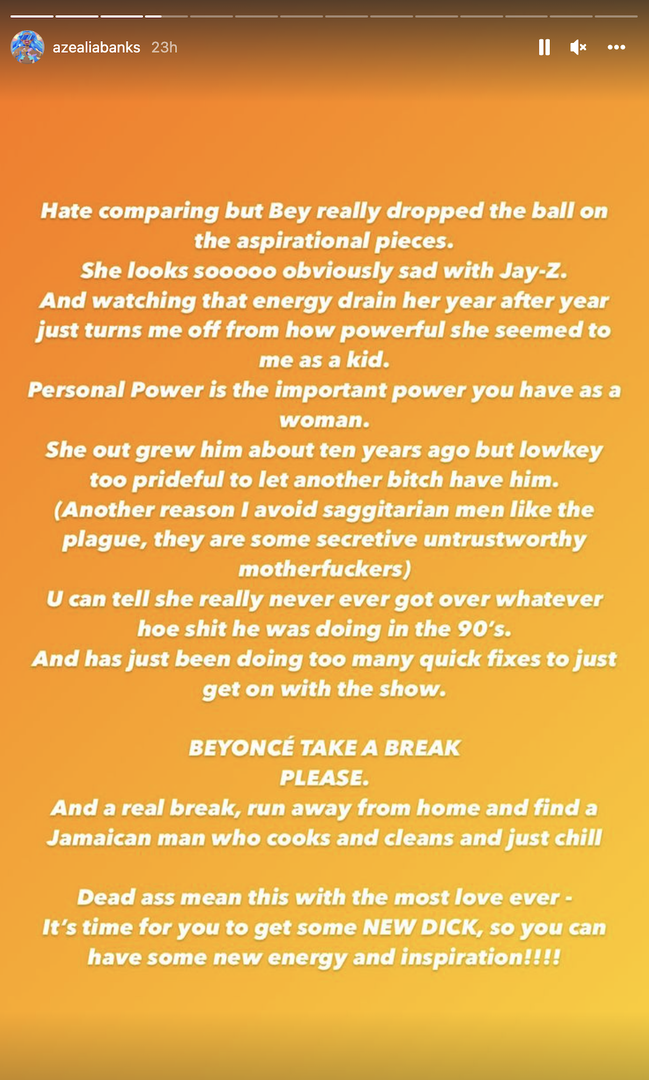 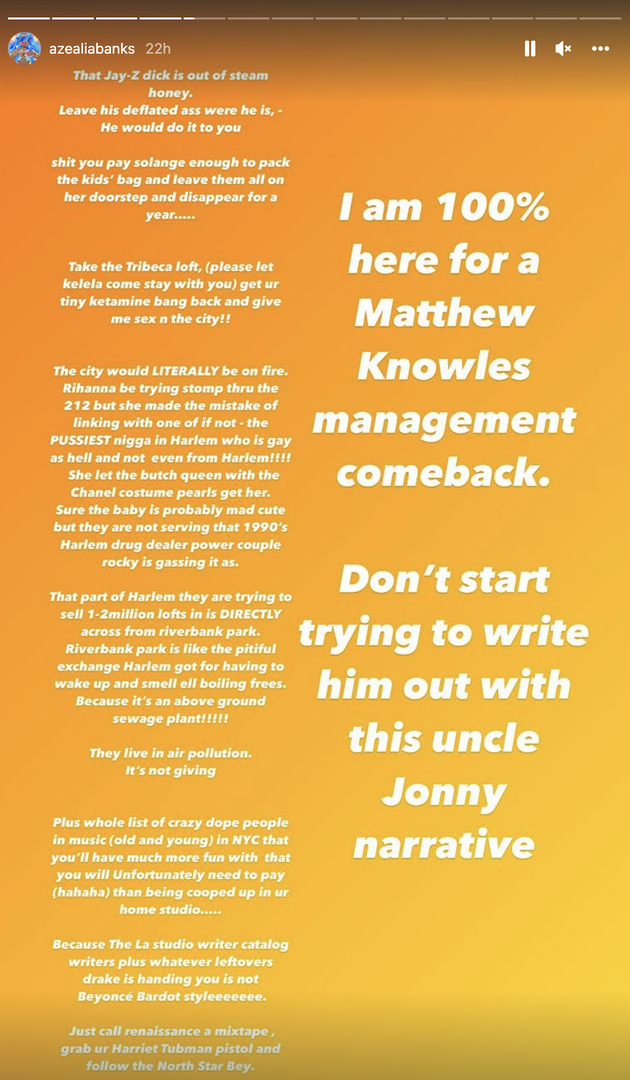 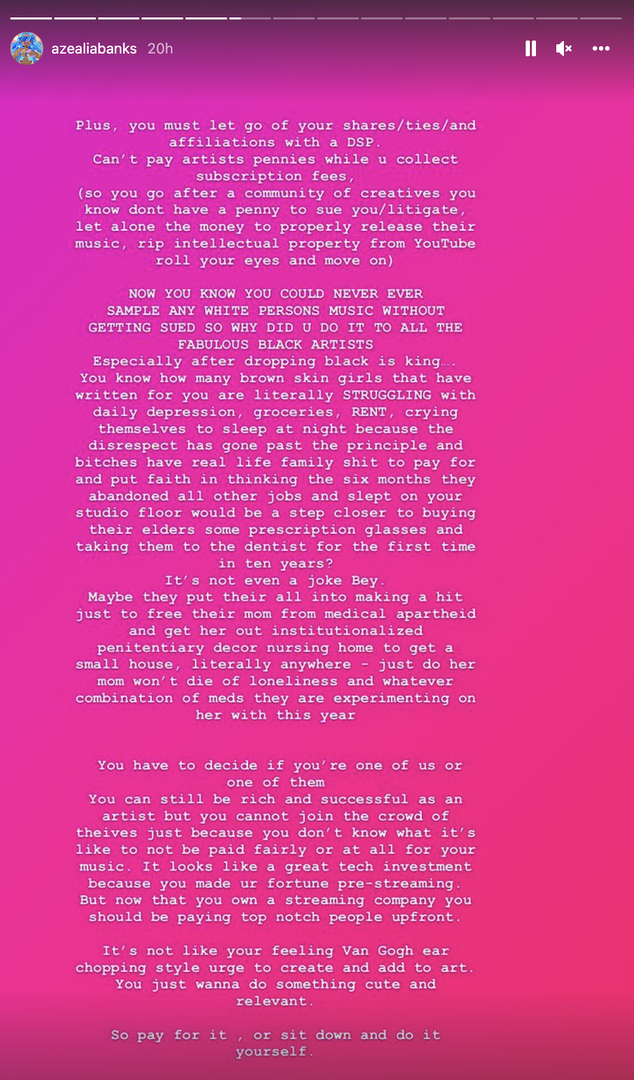 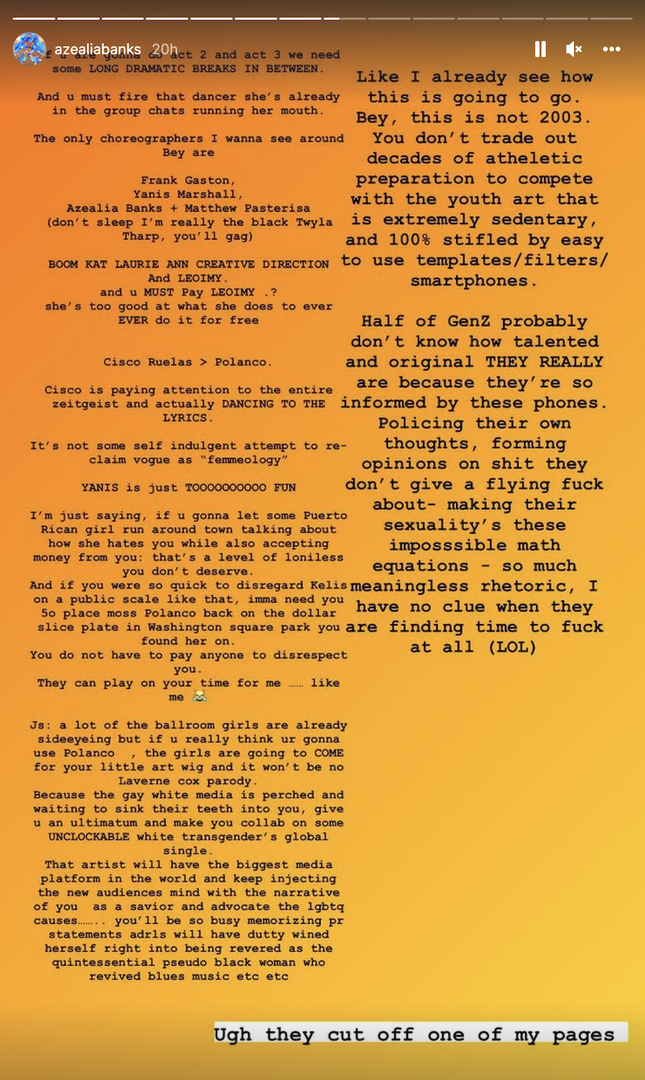