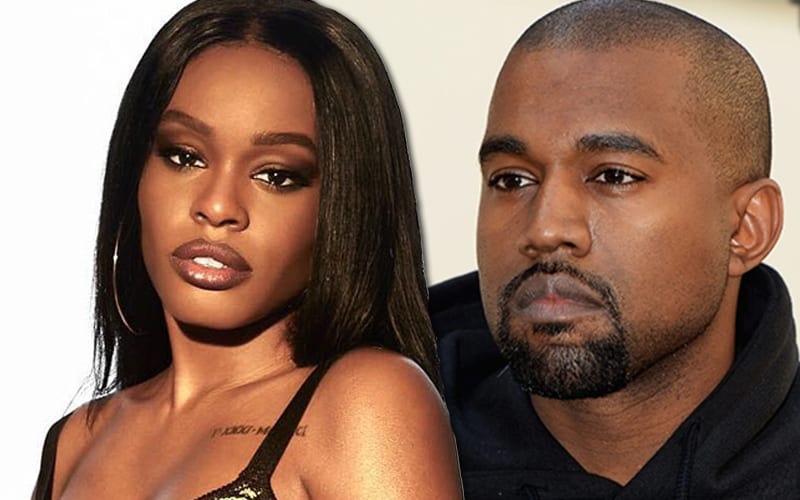 Two things can always be expected from Azealia. She’s going to always offer her unsolicited opinions from the chicken coop about her (would-be) peers and she’s almost always going to have something to say when it comes to her on again off again infatuation, Kanye West. Banks slammed Kanye West on social media, Sunday, for his treatment of Kim Kardashian.

Azealia Banks clearly has a love/hate relationship with Kanye West, as it seems much of the general public does these days. One moment, Azealia is making whole songs about and praising the musical genius and the next she’s coming for his neck as she does everyone else. Most recently, Azealia says that people need to stop making “excuses for Kanye,” and slammed West for his recent treatment of Kim Kardashian. Banks ranted about West and Kardashian’s relationship in a statement on her Instagram story, Sunday.

“Y’all are making way too many excuses for Kanye,” she began her post. “This is the second time he has publicly bullied North West. First with the abortion sh*t, and now putting her on blast on his Instagram page as if she’s some sort of criminal.”

Banks continued: “Kanye had no problem with that magazine cover where North had on a f*cking belly top and purple eyeliner with her little buds showing thru the shirt, he thought it was fashion. You all said nothing.”

“Kanye is an abusive psychopath, it’s beyond mental illness,” she said. “Stop trying to help him and start trying to help the poor child that he keeps on trying to embarrass and abuse publicly to garner sympathy for his ashy ass.”

Azealia calling anyone out on mental illness is probably one of the most ‘pot calling the kettle’ comments I’ve ever seen in my life but I digress. Take a look at her commentary on Kanye below and let us know what you think? Do you agree with Ms Banks?

Azealia Banks speaks out against Kanye West amid his current feud with Kim Kardashian:

“Y’all are making way too many excuses for Kanye… Stop trying to help him and start trying to help the poor child that he keeps on trying to embarrass and abuse publicly to garner sympathy,” pic.twitter.com/ykZ5sievVv