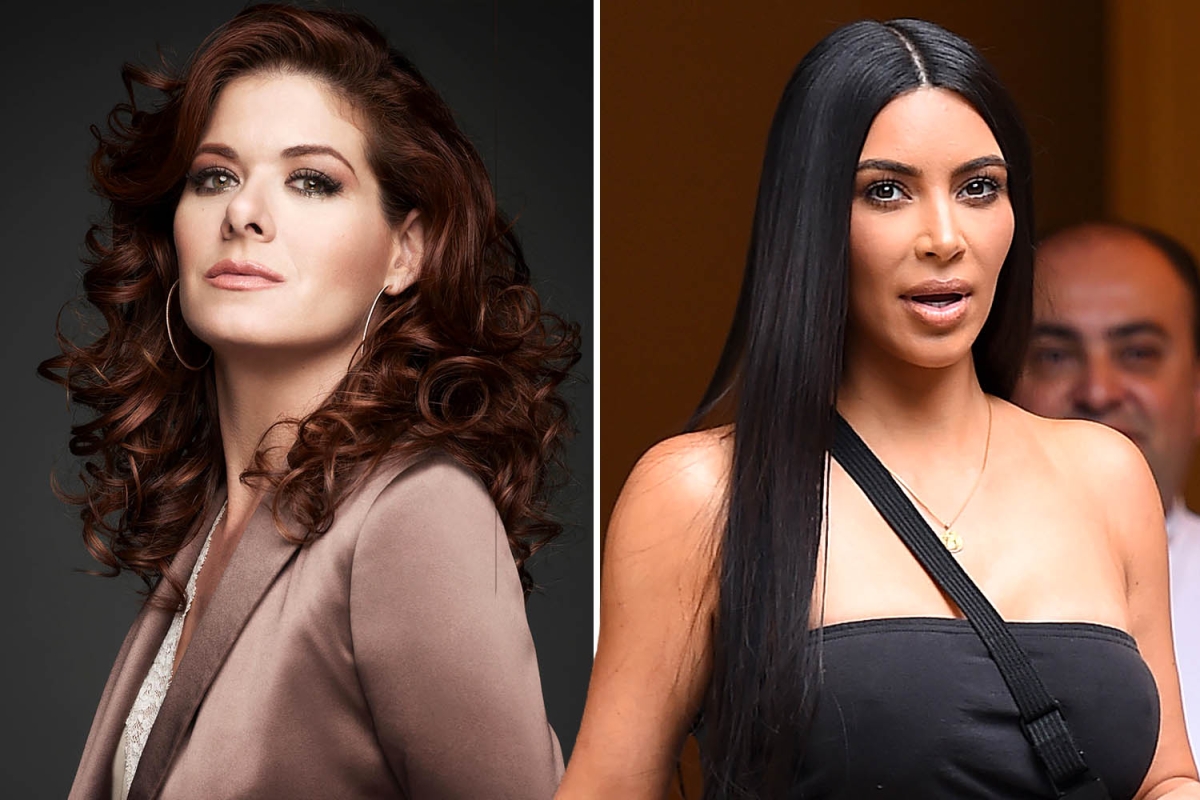 Ms Messing is out here being messy!

When Kim Kardashian was announced as one of the hosts for the upcoming 47th season of Saturday Night Live, the reality star reacted with obvious excitement and possibly some understandable nerves. But as many looked forward to seeing Kardashian take the famed stage with musical guest Halsey on October 9, former ‘Will & Grace’ star Debra Messing actually took issue with the famed reality star, entrepreneur, and influencer getting the spot rather than a performer.

Debra Messing, who played the title character Grace Adler on Will & Grace, tweeted her confusion and seemingly threw a little shade at the announcement Kim Kardashian had gotten the call to host the longtime sketch comedy show. She noted that the host role on NBC traditionally goes to someone who has a project to promote. (Which honestly…Kim has many)

“Why Kim Kardashian? I mean, I know she is a cultural icon, but SNL has hosts, generally, who are performers who are there to promote a film, TV show, or album launch. Am I missing something?”

Now, to be fair… To Debra Messing’s point, the other three hosts who were announced for the first episodes of Saturday Night Live’s 47th season do have current projects to promote and are actors and/or musicians. Owen Wilson, who will guest host for the October 2 season premiere, has gained recent attention for his role in Loki on Disney+. Rami Malek will host October 16 to coincide with the release of the new James Bond film No Time to Die, and SNL alum Jason Sudeikis will return on October 23, following a successful night at the Emmy Awards with his AppleTV+ show Ted Lasso. Though last season, it’s also worth pointing out Elon Musk hosted.

While many reactions to Messing’s tweet actually agreed with her, I honestly think people just have to realize we’re in different times. Many reality stars and influencers are just as big if not bigger than some of your favorite entertainers. Besides, this is Kim Kardashian we’re talking about. Isn’t she always just promoting … herself? The reality TV star and her family have been made fun of on Saturday Night Live multiple times over the years, and she’s proven she has no problem being the butt of the joke. I understand people’s tendencies to get tired of the Kardashians’ overexposure, but I think Kim could bring some great self-deprecating humor to the stage. Take a look at the tweet along with some of the reactions below. Thoughts?

Why Kim Kardashian? I mean, I know she is a cultural icon, but SNL has hosts, generally, who are performers who are there to promote a film, TV show, or album launch. Am I missing something? https://t.co/WYrobkv8Fi

Truth be told @DebraMessing, @KimKardashian just wrapped up what is likely the most successful & longest-running reality television show in history & is launching a new series on @hulu. That and her "side gigs" @skims & @kkwbeauty made her a billionnaire. She is @nbcsnl worthy.

Yes Debra, you are missing something. Like the last 40 years. You may not like her, but as you say, KK is a cultural icon. SNL has had athletes, politicians, community leaders, models, businessmen and media personalities as hosts. I am not a fan of her, but she may be great.

You are not! I am saddened by this choice. I thought the guests had to have talent or, like you said, to also promote the latest project they finished or something noteworthy of their talent. What makes her worthy of being a host? What talent does she have? #BoycottSNL #SNL

Why do you care ? Are you jealous ? I mean……. It’s not your choice. Let her have it, after all she put up with Kanye not you.

You're not missing anything, Debra. I disagree; she's not a cultural icon. She's everything that's wrong with a generation that has made her famous simply for promoting an unobtainable ideal of beauty and success based on no real talent. She has not contributed anything valuable.

Kardashians we’re on for 17 seasons? Why because people watched and why did they watch because they were funny unscripted funny and interesting and I learned more from them then I did from 10 seasons of friends or Will & what’s her name!