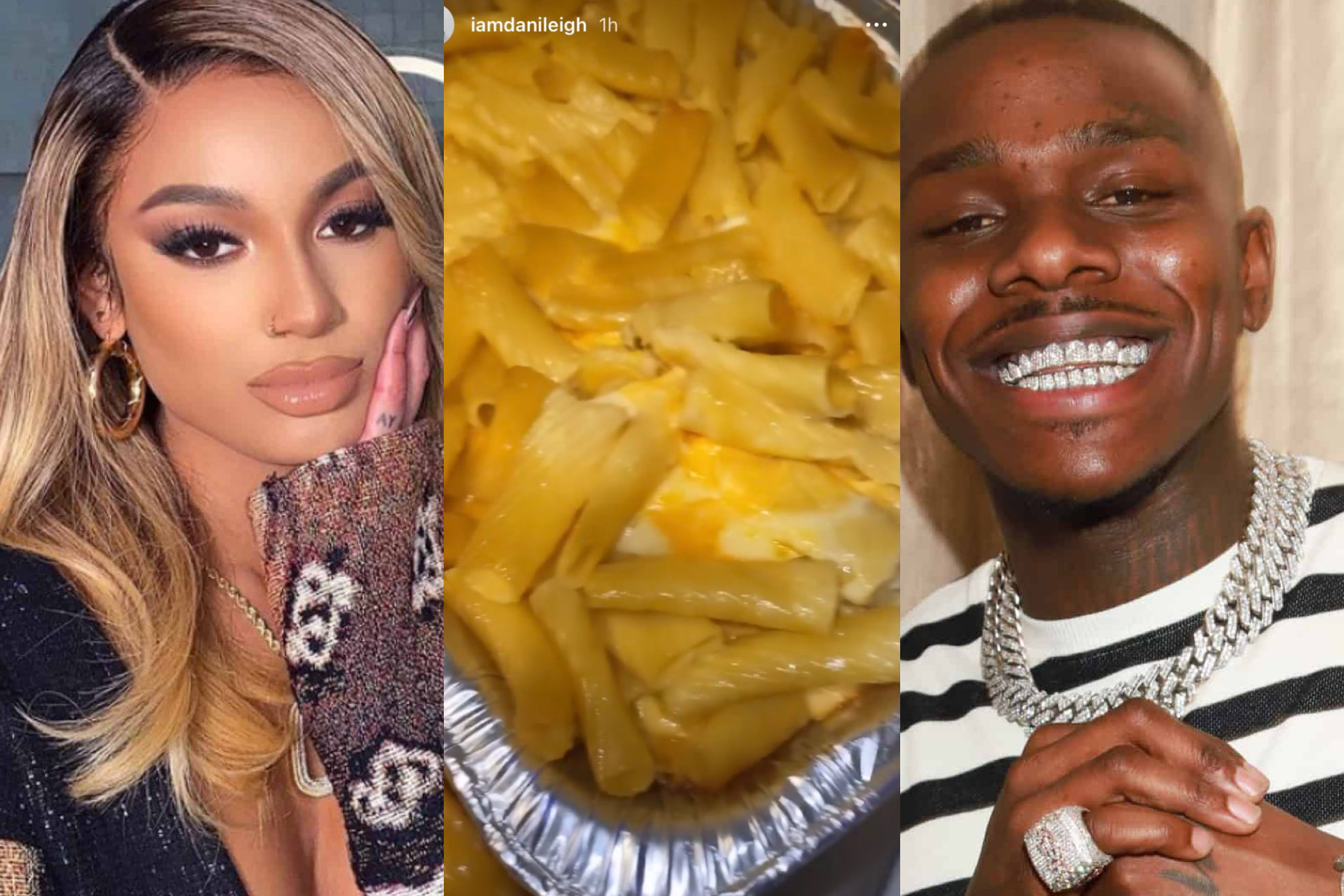 Let the internet tell it, DaniLeigh pretty much can’t do anything right. The girl stays getting clowned and when she decided to show off her little meal she prepared, apparently not even her alleged baby father DaBaby couldn’t wait to go in.

Somewhere, DaniLeigh is enjoying the first months of motherhood. The R&B singer recently welcomed her daughter into the world and since that time, DaniLeigh has made minimal appearances on social media. She’s shown off her post-baby body in a few updates for fans but overall, she has not been as active. There was a great debate for a brief moment regarding the father of her child, but while DaniLeigh keeps that information to herself, the public has also been weighing in on her cooking skills.

Recently, DaniLeigh shared a video of her noodles and cheese dish that I’m assuming she tried to pass off as macaroni and cheese and the internet was quick with jokes about its appearance. It seems that even DaBaby had a bit to say about it after a screenshot began to float around of a conversation he allegedly had with his niece.

From the look of things, the rapper’s niece sent him a post about DaniLeigh’s cheesy noodles. “Niece I was f*ckin rollingggggggg,” DaBaby replied, adding a crying laughing emoji for good measure. “Like nahhhh shawty that ain’t it.” His niece responded with even more crying emojis.

“You rolling in crying,” she replied. “She need some COOKING LESSON FROM BABY!!!” It looks like a screenshot of the conversation was shared to an Instagram Story and someone leaked it, because above the messages someone added, “When she can’t cook.” Check it out below.

Would you guys be down for a healthy helping on DaniLeigh’s yellow bone casserole?