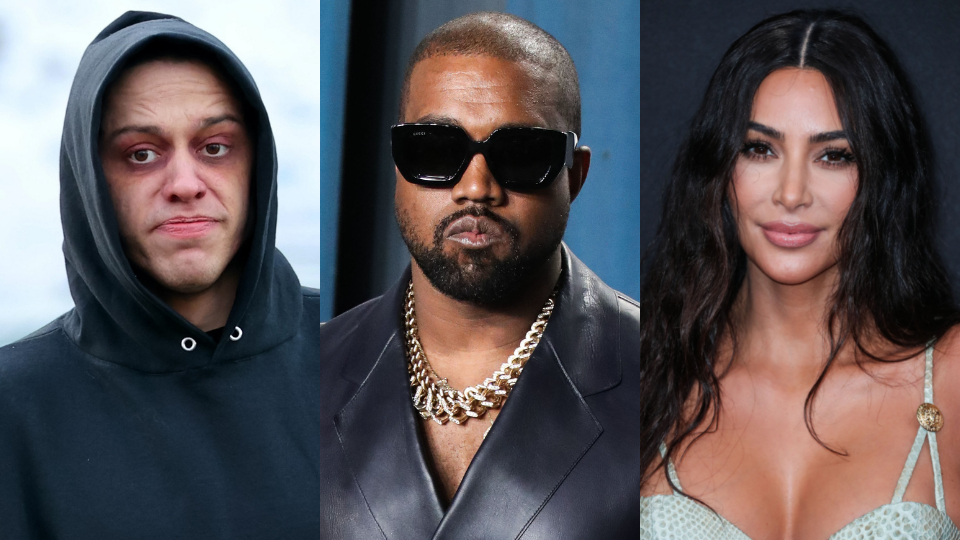 On one hand, a man fighting for his family should be pretty commendable, right? But Kanye is has been taking this to a place that’s getting a bit scary (especially for Pete). Ye seemingly warns Kim Kardashian and Pete Davidson on his new album, saying, “Never stand between a man and his kids, y’all ain’t got enough security for this.”

By now, there’s a strong chance that you’ve heard all about Ye’s tumultuous divorce from Kim Kardashian, during which he has publicly begged for his family back, dissed Kim’s new boyfriend Pete Davidson and even threatened to beat his ass, and much more. On Tuesday night (February 22), Ye unveiled his latest new music from his upcoming studio album release, Donda 2, including the new song, “Security.”

After claiming that the Kardashians’ security team was not allowing him inside of Kim’s home because Pete Davidson was inside, Ye seemingly got to writing “Security,” which throws subliminal shots at Kim and Pete for allegedly trying to stand between him and his children.

“Never take the family picture off the fridge,” raps Ye on the song. “Never stand between a man and his kids/Y’all ain’t got enough security for this.” He continues, “I put your security at risk/I make your security aquit/Like, ‘We don’t get paid enough for this.'”

This is seemingly a warning to Kim and Pete that Ye will stop at nothing to spend time with his family, telling them that even if he needs to harass their security teams, he’ll do it if it means he gets to see North, Saint, Chicago, and Psalm.

In addition to the premiere of “Security,” Ye performed a dozen songs from his upcoming album, inviting Fivio Foreign, Playboi Carti, DaBaby, Marilyn Manson, and others on stage. Other features include XXXTentacion, Soulja Boy, and more.

What do you think of Ye’s bars on “Security”? Do y’all see Ye seriously putting the paws on “Skete”? Take a look at the performance of “Security” below: