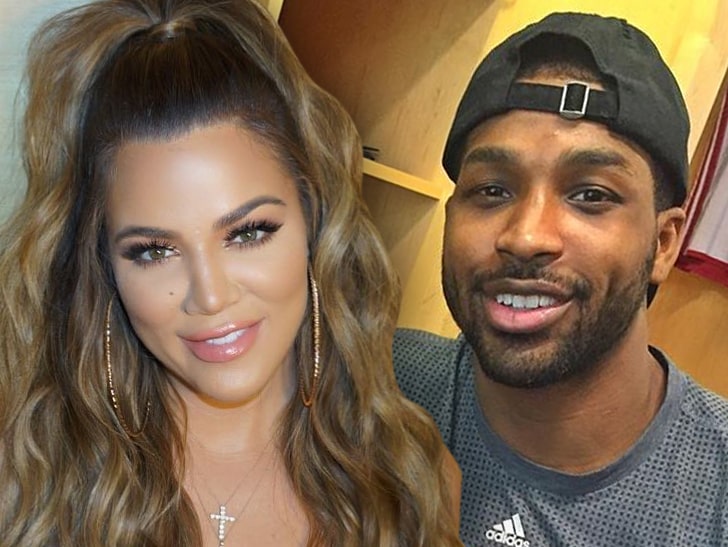 Looks like cheating ass Tristan has pulled our girl Khloe all the way back in as she’s ready to pop out baby number two with him!

There’s no doubt that the relationship between Khloe Kardashian and Boston Celtics player Tristan Thompson has been rocky at times. In February 2019, Thompson allegedly cheated on Khloe with long-time Kardashian-Jenner affiliate Jordyn Woods. When Khloe was pregnant with their daughter, True, Thompson was seen cuddling up to two women in a hookah lounge in Washington. The two have been on-again-off-again for the last few years, but it seems like now they might finally be back on the same page, after discussing the possibility of a second child.

In an exclusive preview clip from Keeping Up With The Kardashians, Khloe explains that she’s been wanting a second kid for quite some time. She got a head start on the process when she froze her eggs a few months before, explaining to Thompson that they had to “line it up with [his] schedule.”

Thompson seemed elated at the possibility of another child, telling Khloe, “Oh, I’m all for it,” even saying, “That’s what I like to hear.”

While this would be Khloe’s second child, it will actually be Tristan’s third, as he has another son, 4-year-old Prince, with ex Jordan Craig. Whether the two actually decide to have another baby or not, it seems they’re on good terms for now. It will be interesting to see what else the upcoming 20th season of Kardashian family drama has in store.

Here’s the thing, I don’t think anyone should sit here and act like their relationships have always been perfect. Shit happens. So I don’t believe in shaming Khloe or coming at her foul for trying to make things work with the father of her child. Hopefully he’s trying to do better and Jordyn Woods just stays at home. Watch the full clip below. Are you surprised to see these two working things out?