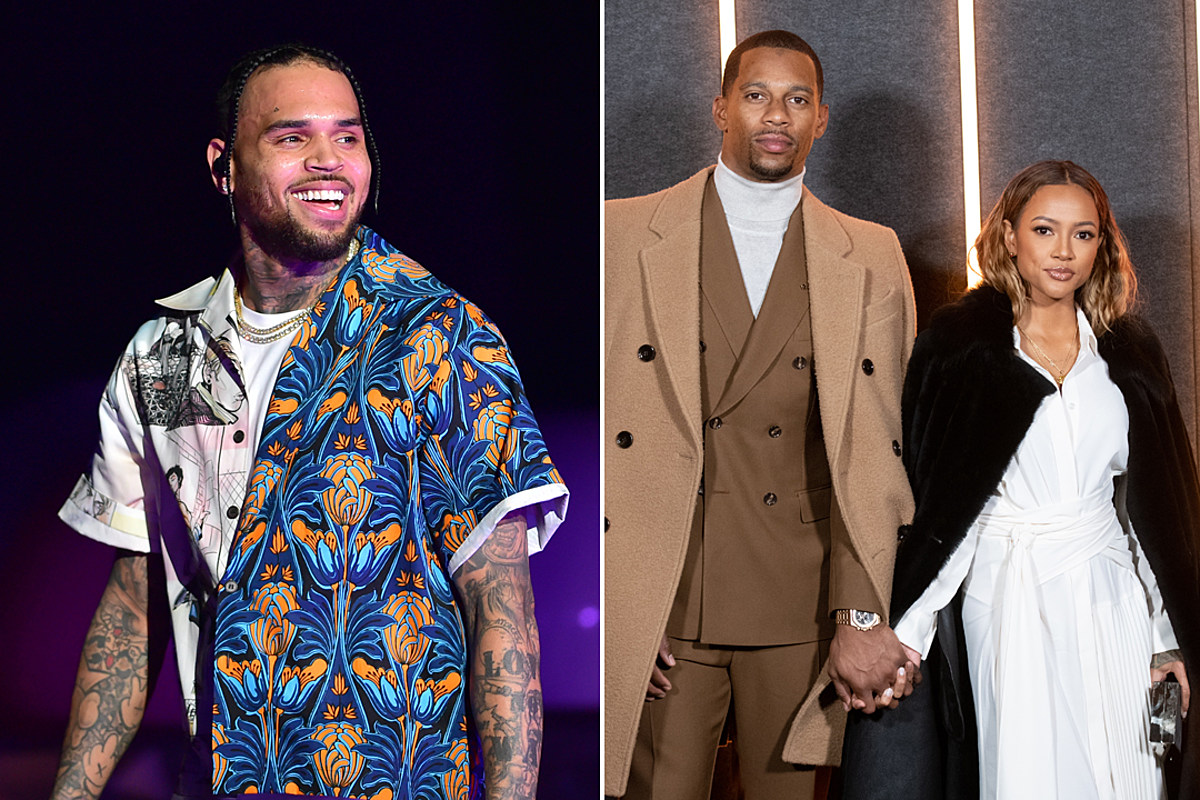 About three years ago, Chris Brown blocked me on Instagram simply for posting a photo of Karrueche and her new man at the time, definitely signaling that he obviously wasn’t over her. But then again, what ex is Chris over? Anyways, rumors have been circulating that the couple has decided to go their separate ways.

It was nearly a year ago when Karrueche Tran and Victor Cruz were gushing about their relationship. We’d just entered into quarantine when Cruz caught up with Page Six last year to reveal that he and Tran FaceTimed about “20 hours a day,” but recent reports suggest that apparently they may have gotten sick of one another with all those hours adding up. Rumors began to circulate a little over a week ago that Cruz and Tran have split.

“Right now, they are focused on continuing to grow their successful careers,” E! News reports a source told the outlet. “There are no hard feelings. This is just a case of two people moving forward in life separately… They will always wish the best for each other.” In a more recent interview, Cruz admitted to having “a bit of a breakdown” during quarantine, but he didn’t specify whether or not his troubles led to the end of the relationship.

The couple has been together since late 2017, a little over three years. Many believed that they would be in it for the long haul, but you know, “Sometimes relationships get ill.” Are you sad to see these two split? How long do you give it before Breezy is back in her comments?