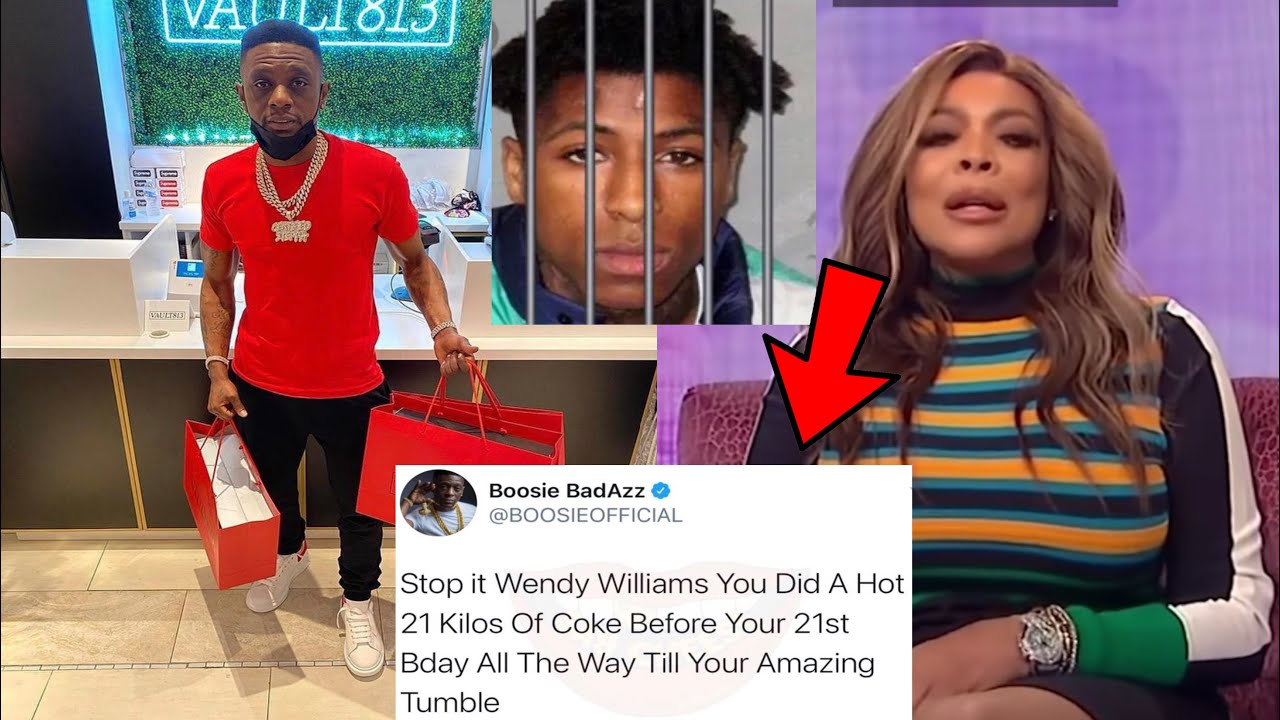 Wendy Wendy Wendy, you in the hood now, baby, Boosie calls Wendy a cocaine addict after the television host discussed NBA YoungBoy’s trouble with the law.

Like clockwork, folks are mad at Wendy Williams again. The latest due her comments about Youngboy Never Broke Again– somebody that she has criticized heavily in the past. While many of Wendy’s comments about the 21-year-old rapper have been about his seven children, the gossiper took aim at YB because of his recent arrest on Monday evening.

Youngboy was arrested following a hot pursuit in Los Angeles, getting caught by a K-9 unit after reportedly fleeing from the cops and the feds. He was taken into custody and indicted on two charges related to his September 2020 arrest. Speaking about the rapper’s arrest on her talk show, Wendy had nothing nice to say about the “Make No Sense” artist, prompting the rapper’s mother to make some insulting comments of her own overnight. It’s not only members of YB’s family that are angry about Wendy’s incessant hate on Youngboy– even Boosie Badazz is pissed about what she had to say.

Boosie is backing up his fellow Baton Rouge-raised rap peer by firing off some strongly-worded tweets in Wendy’s direction, poking fun at her cocaine habit, which she has gone to rehab for. “Stop it Wendy Williams You Did A Hot 21 Kilos Of Coke Before Your 21st Bday All The Way Till Your Amazing Tumble,” wrote the rap icon on Wednesday morning.

YoungBoy’s mother, Sherhonda Gaulden, quickly clapped back at Williams as well “And FYI y’all laughing at Wendy Williams say my child bring property value down she’s not talking just about my child she’s talking about blacks in General because no matter rapper doctors Lawer if you’re colored that’s the term they use [grinning emoji],” she wrote. She also added, “F*ck Wendy Williams around here.”

I don’t know that I agree that Wendy really deserves any of this. Boosie and Mrs. YoungBoy should have this energy for the rapper and helping him get his shit together, not encouraging it. What do you guys think? Peep what Wendy had to say below?