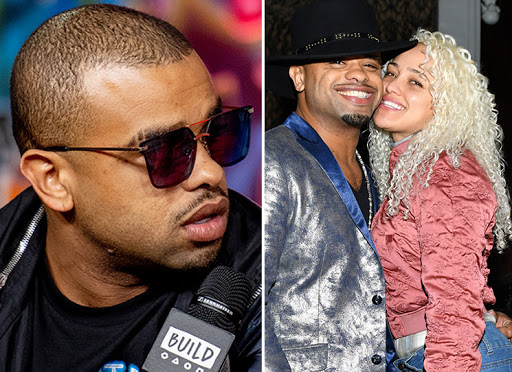 I’m definitely not going to discount anyone’s story of abuse, but it’s very ironic that this is being brought back to light as Raz continues to light a fire under Chris Stokes.

Over the years, there have been reports about Raz B as it pertains to allegations he has made against industry professionals as well as his run-ins with the law. In May 2019, the B2K singer ran into legal issues while in Minneapolis, Minnesota with his girlfriend, Kallee Brookes, and was arrested for allegedly strangling her in a parking lot. There was a lengthy statement issued about the incident and weeks later, photos of his girlfriend’s injuries began to circulate online. It was reported that due to a lack of evidence, Raz B was not charged in the incident. However, Brookes surfaced on TikTok with scathing accusations against the singer, claiming that he physically assaulted her to the point of rape.

Brookes took to the social media platform to share a few tales of what her ex-boyfriend allegedly put her through. “First he gave me a black eye and I told everyone I did it to protect him,” said the actress-singer. “Then he strangled me in a parking lot where he said he was going to kill me. I didn’t press charges because I thought it was all my fault.” Brookes added that to make up for it, Raz put a “large down payment” on a vehicle, apologized for his actions, and promised that he would never hurt her in the future.

Things didn’t stop there because Brookes accused Raz B of sexual assault. “I was afraid of him and didn’t know how to get away until finally, he held me down, had sex with me against my will, impregnated me, put me in the hospital,” she added. After that incident, Brookes claims she “finally had the courage to get away from him.” She posted photos to complement her story, including images of her black eye and audio of the 911 call from the reported strangulation incident. Check out her video below.

This is why I have trust issues. 😐