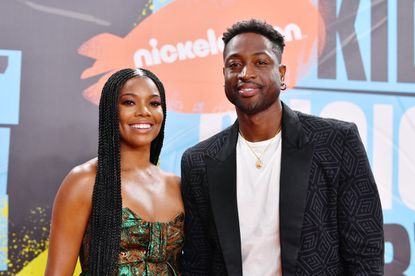 But apparently Gabrielle is not trying to “bring it on” in front of everyone.

Throughout the course of the pandemic, OnlyFans has become one of the most successful websites on the internet. At this point, it feels like every single celebrity is creating their very own OnlyFans, all while the average person is creating one as a means to make some income in what has been a dark period for economic benefit. While many use OnlyFans as a way to share explicit videos and photos, others, like Fat Joe and DJ Khaled are using the platform to spread positivity.

Now, it seems like Dwyane Wade is trying to get in on the OnlyFans business, and he wants to bring Gabrielle Union with him. While taking to Twitter, Wade revealed that he made the suggestion to his wife, although she ended up looking at him in a manner similar to Bernie Sanders’ disposition during the Presidential inauguration.

I’m trying to convince my wife that we should start a only fans account 😂 and she’s looking at me like… pic.twitter.com/t1hPcaHSnW

Ever since Gabby ate his ass. He hasn’t been the same

“I’m trying to convince my wife that we should start a only fans account,” Wade said before noting that Union hasn’t had a very good response to the suggestion.

Wade never specified what kind of content would be posted on this potential OnlyFans although Union’s reaction to the suggestion certainly gives us a bit of a hint. Either way, it looks like the D-Wade x Gabrielle Union OnlyFans won’t be coming anytime soon.

Would you be here for it?

Sir your wife is an actress. Imagine how she will "cancelled" and blackballed out of Hollywood If she did that. Not that I wouldn't mind seeing gabb in her birthday suit 😏. But don't think it would be best for her lol.