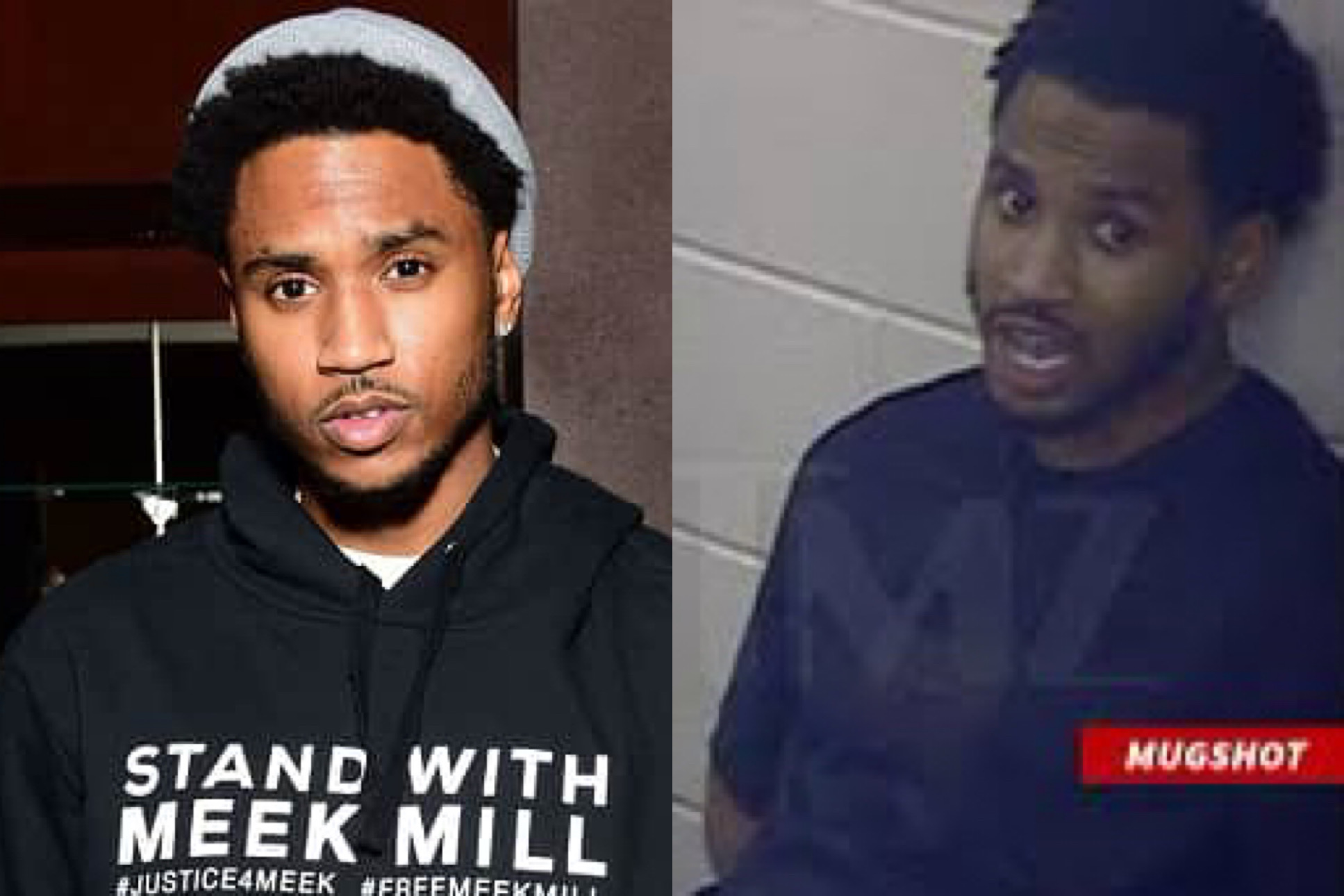 YURRRP! Mr Steal Your Girl was captured putting the officer right in a headlock.

The singer was a spectator at the Chiefs game, watching them on their journey to the Super Bowl and publicizing his trip to Kansas on Instagram. However, the trip didn’t end as expected after Songz was reportedly heckled in the stands at the game. When he asked fans to cease harassing him, a police officer reportedly approached him and “went after him”, according to reports from TMZ. A video shows the two during a scuffle, with Trey landing a punch on the cop’s head before the officer pins sim down to a seat. Witnesses say that the cop was acting “out of line” and that Trey was using self-defense after he was charged.

In the video, you can clearly hear fans shouting at the officer. Trey was eventually placed in handcuffs and arrested, being accused of trespassing, resisting arrest, and assaulting a police officer. The Chiefs ended up winning the match, but Trey Songz, unfortunately, wasn’t around to watch the end of the game. According to TMZ, he’s being placed on a 24-hour hold and will likely be released on Monday night. A following photo from jail suggests that he was agitated all night, appearing to be understandably angry in his booking photo. While the picture is being coined a mugshot, it’s a little different than most celebrity booking photos you see on the internet. Trey seemingly didn’t pose for his identification photos, with this shot appearing to have been taken as the singer sat down, handcuffed with his back to the wall. It’s unclear how this photo got out, but it’s the first picture of Trey from jail.

If Trey did have to act in self defense as reported, it’s a damn shame that he’s the one who unfortunately is being given the bad look in this. We’ll keep you posted and hopefully justice prevails in the end…but you know how that goes for us. Watch the video of the altercation along with the photo below. FREE TRIGGA?