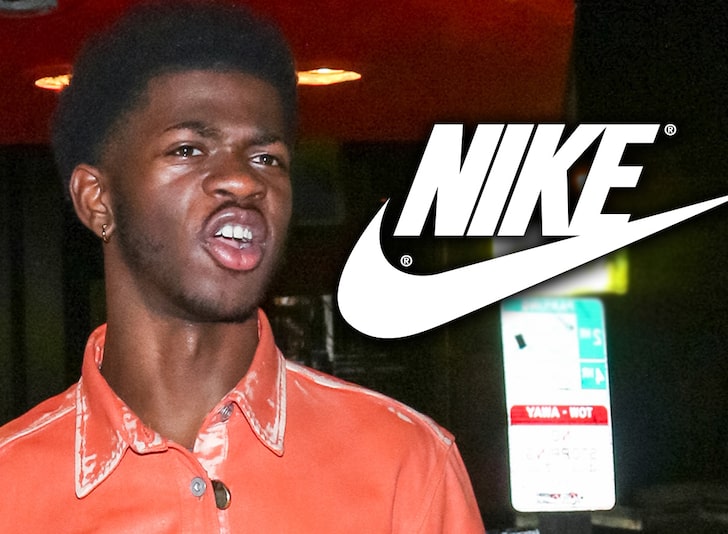 Nike came to play and Lil Nas X has been having a hell of a week (pun totally intended). The “Old Town Road” rapper and MSCHF’s notorious “Satan shoe” has been hit with a temporary restraining order, preventing production for the time being.

Following the release of Lil Nas X’s controversial “MONTERO” video, it feels as if the masses have been swept into a “Satanic panic.” The pandemonium was only enhanced following the announcement of the tie-in “Satan Shoe,” a collaboration with MSCHF that featured a Nike Air Max 97 customized to include a droplet of human blood and a generally devilish motif.

Facing accusations of promoting satanism from clergymen, conservatives, and concerned parents alike, Lil Nas X soon found himself in the midst of a full-blown controversy. Granted, I’m sure this was all intentional as Nas is a professional troll…however I highly doubt he saw this next opposition coming. The matter was made all the worse after Nike decided to unleash the legal eagles, suing MSCHF for trademark infringement on the basis that the Satan shoe misrepresented their brand.

Now, a new report from AceShowbiz indicates that Nike is already seeing early success on the legal front, with a judge having recently granted a temporary restraining order preventing the production of MSCHF’s sold-out sneaker. In addition, the court order also indicates that MSCHF will not be able to utilize the Nike Swoosh or any other brand resemblances. Due to the restraining order, MSCHF will not be allowed to ship them to customers awaiting the shoe that the creative agency put their literal blood, sweat and maybe now some tears in.

FYI, judges grant temporary restraining orders of this type when there’s a high probability they will win when there’s a full-blown hearing. This ain’t looking to good for Nas, MSCHF and now most importantly the people who purchased and planned on getting their devil stomp on in those shoes. Do you think Nas should be able to continue to distribute his shoe?