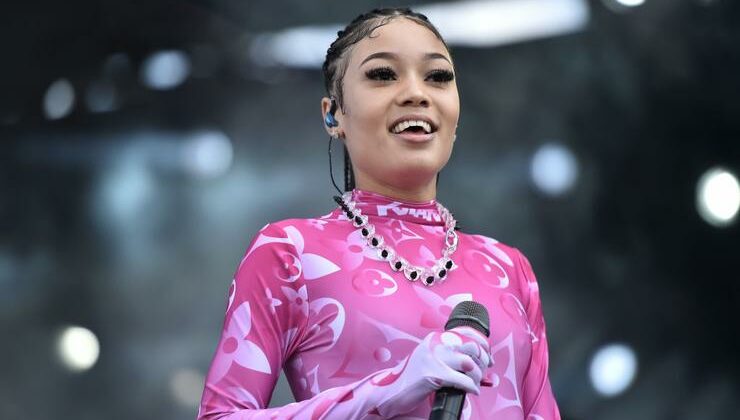 You will truly drive yourself insane trying to please the internet, thankfully it doesn’t sound like Coi Leray is letting body shamers get to her.

Coi Leray is quickly gaining notoriety as she makes her way as a newcomer on the music scene . With the present success of her breakout single “No More Parties”, the 23-year-old New Jersey representative has been operating at her highest level. She’s been generating a lot of buzz as she gears up to release her upcoming debut studio album. Coi recently dropped her new single “BIG PURR (Prrdd)” with Pooh Shiesty and has been enlisting the help of world-class twerker Megan Thee Stallion to work on her own skills.

Given Coi’s smaller frame, you would possibly expect a refreshing outlook on the rising rapper from the men that have body-shamed the likes of Megan Thee Stallion (for being tall and curvy), Lizzo (for having fat), and Summer Walker (for having plastic surgery). However, much like how people have acted towards Rico Nasty, Coi Leray is also being body-shamed, despite having a natural body type. This calls into question whether anyone will ever be happy with how female entertainers present themselves. It appears as though even when a woman is as natural as possible, like Coi Leray who has unapologetically stated that she will never change her body despite the criticism, people will still try and bash her.

Couple of y’all bitches hate how comfortable i am in my skin. So weird

If you insecure just say that

If I was you id be mad too pic.twitter.com/y0CVTi3kzp

Coi’s latest video uploads have been met with a lot of criticism as she flaunts her skinny body type, twerking to her new music, and just having a lot of fun. Her comments have been a mess as incels try and tell Coi that she needs a bigger ass and breast enhancement to truly reach that next level in her music career. The response to this has been overwhelming on social media as her name has been trending for the last day on Twitter with fans defending her and her look, calling out how men will never be satisfied with a woman’s body. It’s sad because as soon as she goes and gets any surgery (which there’s absolutely nothing wrong with if she’s doing it for her) then those same people will be judging her for that. I think the moral of the story here is just live for yourself people, there will be a troll no matter what.

Check out what Coi has had to say about this all above and peep of the internet’s reactions below:

now if coi leray go get her ass and titties done y’all gone have something to say about that too. leave women alone. omg

y’all body shaming her for what? is it ur body? weird asl… pic.twitter.com/7bgxveELRY

I know all body types are shamed; I said this because as a small woman myself, I’ve never been able to speak on the hate I get for being small without hearing how “ skinny shaming doesn’t exist & plus size ppl have it worse “ like it’s weird asf. I don’t wanna compare hate.

Wayment! Let me get this straight!

So y’all was out here BEGGING women to bring natural bodies back and Coi Leray is doing just that while exuding confidence and not seeking an ounce of validation from a soul and y’all dragging her for it?
**Y’all = Women & Men pic.twitter.com/fuYLnEylcU

Everyone saying Coi LeRay has a little kid body is weird as hell. If you see a grown womans body and a child pops up in yo head, you have serious issues

Y’all get in this app and tweet “Men don’t like natural bodies” just to then turn around and make fun of Coi Leray for her NATURAL BODY!!! Make it make sense 🥴 pic.twitter.com/8h8ZRcCjjy

coi leray confidence in her body makes y’all so uncomfortable that it’s comical. all skinny women not ashamed of being skinny.. believe that.