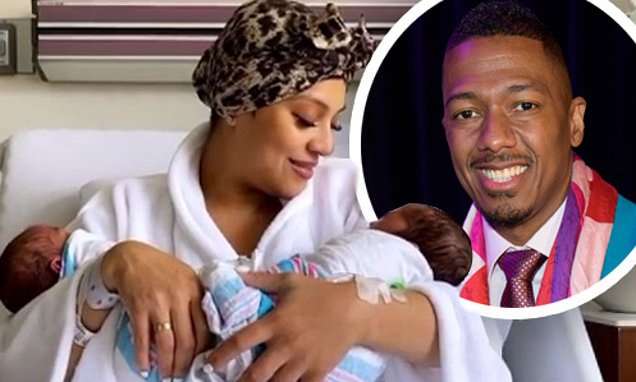 Listen, I don’t like joking about anyone’s kids but celebrity baby names seem to often come up as a topic of question for the internet. Apple, anyone?

Nick Cannon has been laying it low and spreading it wide making babies all over the land. Just this week he welcomed a new set of twins into his life with Abby De La Rosa, introducing his baby boys to the world this week. Fans were excited to find out the names of his newborns, but when De La Rosa revealed their names in an Instagram post, critics exploded into laughter. Zion Mixolydian… and … ZILLION HEIR???

Understandably, everyone is shaken up over Nick Cannon’s kids’ names and no one is quite sure how to react. Nick has a history of making headlines for giving his kids the most extra names possible. He previously named his daughter Power Queen Cannon. His twins with Mariah Carey are named Morrocan and Monroe.

Check out some of the best reactions to Zillion Heir and Zion Mixolydian’s names below and let us know what you think of the names? Are people overreacting?

NICK CANNON SHOULD NOT BE ALLOWED TO NAME CHILDREN!

Mixolydian ?????? REALLY? Shit, I wish my parents would try to name me after an antibiotic pic.twitter.com/crVDohmjAB

ask your doctor about mixolydian. do not take mixolydian if you are allergic to mixolydian, or if you are pregnant or are planning to become pregnant https://t.co/SuE7N2C9TJ

I said that shit out loud and my furniture started floating.

This how the doctor gotta be every time Nick Cannon have a kid pic.twitter.com/wUX6dNAhKl

Nick Cannon’s kids when they are old enough to comprehend their names: pic.twitter.com/1Eop4Yxcy8

Nick cannon kids gon be those ppl that go by their nickname their whole life https://t.co/2NsDEThiSQ