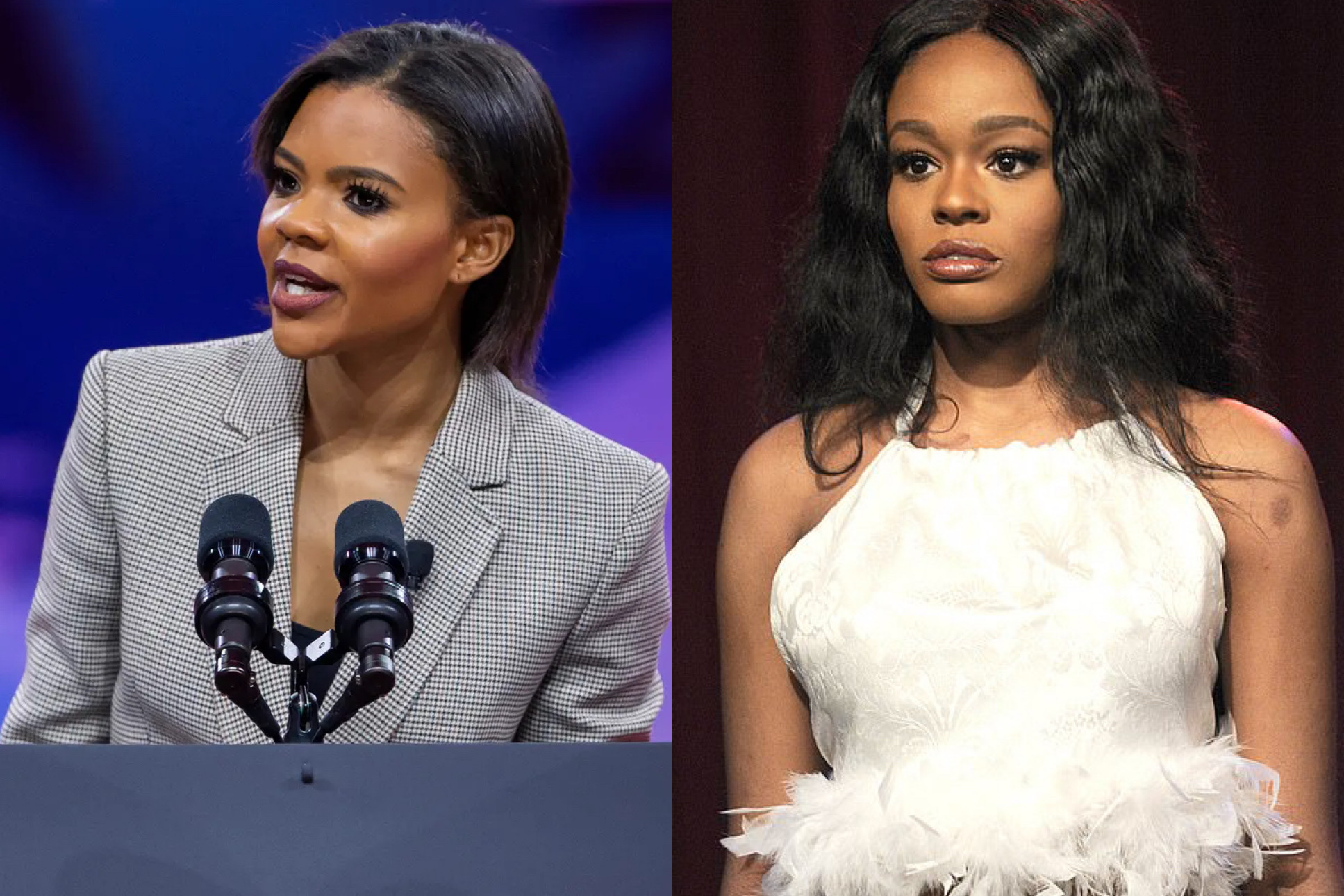 I have no dog in this fight but I do always think it’ll be a strange day in the chicken coop when I agree with what’s coming out of Azealia Banks’ mouth, but you guys know the saying… even a broken clock is right twice a day.

Right-wing political commentator Coondace, I mean, Candace Owens has returned with yet another disastrously bad take after it was announced that Juneteenth had been made a federal holiday by President Joe Biden. Known for her controversial, divisive, and often times down right ignorant pick-me takes on social media, Owens said, “Juneteenth is soooo lame. Democrats really need to stop trying to repackage segregation. I’ll be celebrating July 4th and July 4th only. I’m American.”

The tweet has sparked a conversation in her replies, which is basically what she wanted with people falling for her nonsense yet again. However, something positive seems to have come from this. Azealia Banks, who constantly and infamously comes through with her own hateful takes, is going against the woman who was once mentioned on one of her “love lists,” dragging Candace Owens on Instagram.

“According to this logic, on July 4th 1776 you would still be enslaved, most likely on the verge of starvation due to all of America’s food supply having been prioritized for the war, while you hand sew American flags and struggle to wet nurse some depressed 24year old white widows sickly child until your nipples are chapped and dry whereafter you will be whipped by her 80 year old uncle for your own malnourishment and inability to produce milk, then sent to toil over a wood burning stove- blistering your hands while forced to make a peasantly meal of biscuits and gravy,” wrote Azealia in response to Owens’ tweet.

“You will be watched closely by her irate, sunburned and whisky soaked 80 year old uncle to be sure you do not sneak a single biscuit or fingerfull of roux to yourself. after you’ve watched everyone eat, you will be sent to do the cleaning up. Your last task will be brushing the stressed and balding white widows hair to prepare for her sleeping bonnet, a deep rest in her comfortable canopy bed. Next your final descent down the stairs and out the back door where you proudly sleep on a bed bug infested pile of hay in a 6×4 cabin you share with 4 other slaves. Happy Independence Day @realcandaceowens.

@realcandaceowens the widow will awake from her sleep to relieve herself at 4am to find a brush full of hair and let out a loud scream. She insists it’s your bad n***er luck making her bald and orders you be hung from a tree immediately. With the help of one other strong black male slave, you’re hung with the strap of a horsesaddle off an oak tree one acre away from the main house…. as a warning, to any other slaves who were brave enough to fuck around… Tread lightly sis.”

What do you think of Azealia Banks’ graphic response to Candace Owens? Juneteenth is tomorrow — how will you be observing the national holiday?