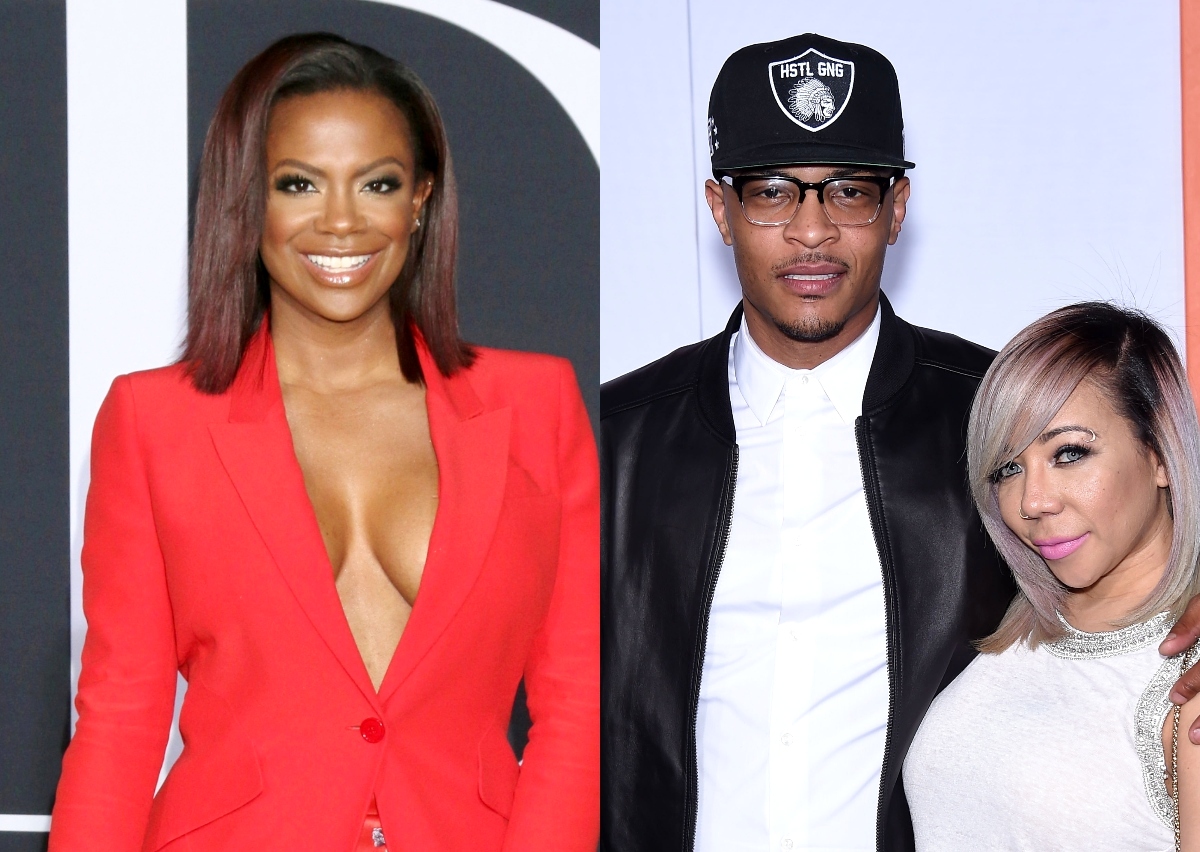 Take off your shoes and relax your feet, because Kandi isn’t just going to let y’all come for her sister. The Xscape singer also called out people who are quick to spread rumors without looking into the validity behind them.

If there is anyone that knows the burden of unsubstantiated rumors going viral, it’s Kandi Burruss. Back in 2017, The Real Housewives of Atlanta star faced rumors reportedly spread by Phaedra Parks that Kandi and her husband Todd Tucker planned on drugging castmate Porsha Williams. It was a devastating blow for the Xscape singer who finally was able to clear her name after others involved admitted to their part in the scandal.

We’ve previously reported on the accusations made against T.I. and Tiny, including at least two women who have reportedly sought legal counsel. The famous couple has denied the allegations against them, and now their good friend Kandi is coming forward to speak about her fellow Xscape singer’s recent troubles.

“Um, I don’t really wanna speak on that situation,” Kandi told Andy Cohen on Watch What Happens Live. “What I want to say is people put out any rumor about somebody right now…this society has become a ‘you’re guilty until proven innocent’ instead of ‘you’re innocent until proven guilty.’ And I do not like that. I will say they’re like family to me. Honestly, Tiny and I grew up together. Because of the things that were even said on our show, people always try to wrap me up into any rumor that happens right now, I wanna say, I don’t like that.”

“I don’t like when people start rumors on folks and I would like for society to stop [being] so quick to try to make somebody guilty without taking the time to get [information] or anything,” she continued. “So, I don’t like what’s happening right now and I’ll just leave it at that. What I will say is Tiny is my sister and I have never personally seen her doing any of that.”

Watch the clip of Kandi’s interview below.